ANKARA, March 4. /“Dunyo” IA/. Yesterday, а monument to the great scientist Muhammad al-Khwarizmi has been erected in Ankara at the initiative of the Embassy of Uzbekistan in Turkey, together with the International Organization of Turkic Culture – TURKSOY and Ankara municipality, reports “Dunyo” IA correspondent.

The event was attended by the Hokim of Khorezm region Farkhod Yermanov, the Ambassador of Uzbekistan Alisher Agzamkhodjayev, TURKSOY Deputy Secretary General Dr. Bilal Çakıcı, other officials, representatives of science, culture and the media.

The installation of the monument to Muhammad al-Khwarizmi in Ankara was carried out within the framework of the international program “Khiva – the cultural capital of the Turkic world”, announced by TURKSOY at the initiative of the President of Uzbekistan Shavkat Mirziyoyev.

Ambassador Alisher Agzamkhodjayev noted that Muhammad al-Khwarizmi is one of the greatest figures in the history and civilization of mankind. He is the founder of algebra. The word “algebra” is taken from his treatise “Al-kitab al-muhtasar fi hisab al-jabr wa al-muqabala”.

The heritage of Khorezm demonstrates the important role of Uzbekistan and the Turkic world in the history of mankind. The opening of this monument in Ankara within the framework of the international program “Khiva – the cultural capital of the Turkic world” is of particular importance.

The erection of a monument in the Turkish capital has symbolic significance. Since the city has long been at the crossroads of important trade routes between Europe and Asia, science and culture have flourished here for centuries.

The monument has been erected in one of the famous parks of Ankara, in the Keçiören district. Social and cultural events are often held here. 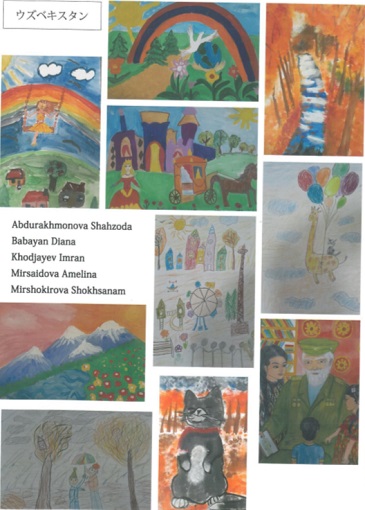 Drawings of Uzbekistan children at the i...

The Embassy of Uzbekistan in Japan, together with the International Sumi-E (Ink Drawing) A... 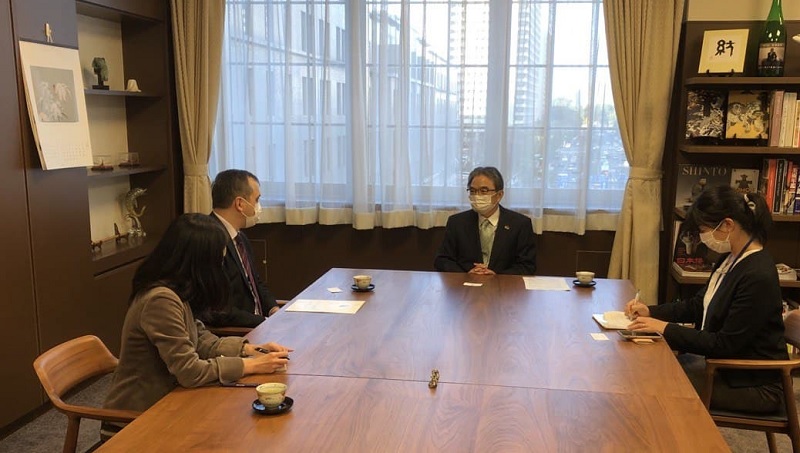 Issues of enhancing cooperation in cultu...

Ambassador Gayrat Fazilov has held a meeting with the new chief of the Agency for Cultural...

“The Silk Road: A Living History” open-air exhibition has kicked off in London’s Granary S...