Anti-Corruption in the Republic of Uzbekistan

TASHKENT, February 19. /“Dunyo” IA/. From the first days of independence, Uzbekistan has been pursuing a targeted policy to combat corruption, improve the legislative and institutional framework as well as strengthening international cooperation.

In order to specify the country’s strategic development priorities, on February 7, 2017, the Presidential decree approved the action Strategy for the further development of the Republic of Uzbekistan until 2021. Among main directions of the strategy are to improve the organizational and legal mechanisms for combating corruption, increase effectiveness of anti-corruption measures, increase the legal culture of the population, organize effective interaction of state bodies with civil society institutions and the media.

Today, countering corruption has been elevated to the rank of state policy. The Law “On Combating Corruption” was adopted on January 3, 2017 by the initiative of the President of Uzbekistan Shavkat Mirziyoyev. It identifies main directions of state policy that area. Some include raising of a legal awareness and legal culture of the population, formation of an intolerant attitude towards corruption in the society; implementation of measures to prevent corruption in all spheres of a life of the state and society; timely detection, suppression of corruption offenses, elimination of their consequences, causes and conditions that contribute to it, ensuring a principle of inevitability of responsibility for committing corruption offenses.

To coordinate the activities of state bodies in the field of combating corruption, the Republican Interdepartmental Commission on Combating Corruption was created, the working body of which was determined by the General Prosecutor’s Office of the Republic of Uzbekistan.

The main tasks of the commission are organization of development implementation of state and other anti-corruption programs; ensuring increased measures on effective prevention, detection, suppression of corruption offenses are in place; elimination of consequences, as well as the causes and conditions that contribute to corruption; monitoring and evaluating the effectiveness of organizational, practical and legal mechanisms and others.

As the government authorities directly engaged in combating corruption defined: the General Prosecutor’s office security service, interior Ministry, Ministry of Justice and the Department for countering economic crimes under the Prosecutor General of the Republic of Uzbekistan. In order to provide scientific support against corruption, the Academy of the Prosecutor General’s office has established a Scientific and educational center against corruption.

The status and tasks of all state bodies have been significantly changed. The goals and objectives of law enforcement agencies in the field of combating corruption have been significantly improved. Adopted the laws “On Internal Affairs Bodies”, “On State Security Service”, the reformed system of bodies of Prosecutor’s office, the attorney General created the Office of enforcement, specifies the objectives and tasks of the Department for combating economic crimes under the Prosecutor General’s office.

According to the State program, the adoption of laws on public procurement, on the dissemination of legal information and ensuring access to it, and on public control has been ensured, protection of victims, witnesses and other participants in criminal proceedings, administrative procedures, etc.

In 2019, the national program for improving the legal culture in society was approved. One of the main components of this program is the formation of an anti-corruption legal culture among officials and the cultivation of an intolerant attitude to any manifestations of it among all segments of the population.

The analysis of citizens’ appeals allowed us to identify the areas that are most susceptible to corruption, on the basis of which the priorities of state policy in this area were adjusted.

In order to improve the quality and efficiency of the organization of work with the appeals of entrepreneurs, including foreign investors, ensuring an open and direct dialogue with them, effective Decree of the President of the Republic of Uzbekistan “On Measures to Radically Improve the System of Support and Protection of Business Activity” was adopted on May 14, 2019, which created reception Rooms of the Prime Minister of the Republic of Uzbekistan to consider applications of entrepreneurs.

The main activities of the reception Offices for consideration of entrepreneurs’ applications are the reception of business entities, including foreign investors, including through videoconferencing and exit receptions, ensuring compliance with the rights and legitimate interests of business entities, including foreign investors, consideration of problematic issues and elimination of existing bureaucratic barriers to business development, including the allocation of land plots and buildings, loans, obtaining permits, monitoring, summarizing and analyzing systemic problems that hinder the development of entrepreneurship and attracting foreign investment, as well as preparing proposals to improve legislation in this area, ensuring the functioning of a single interactive portal “business.gov.uz”, which provides for the introduction of an effective platform for receiving, processing, monitoring and controlling the solution of problems of entrepreneurs.

At the present stage of large-scale transformations, a number of systemic reforms are being implemented in Uzbekistan, including administrative, judicial, and tax reforms, as well as the improvement of the national system for providing public services.

An important step in combating corruption was the approval by the President of the country of the Concept of administrative reform as the main priorities of which are defined: cardinal improvement of the public service system, its goals and objectives; removal of legal and organizational barriers to business development;  improving the legal and institutional framework for providing public services and regulating administrative procedures; implementation of administrative reform, optimization of public administration functions, further implementation of the "E-government" system, delegation of non-specific functions of the state to the private sector; optimization of goals, objectives and functions of the judicial and law enforcement agencies in the field of anti-corruption; establishment of interdepartmental interaction between state bodies, the population and civil society institutions; improvement of training systems, retraining and advanced training of personnel, formation of high moral qualities.

In pursuance of this Concept, the Agency for the development of public service under the President of the Republic of Uzbekistan (ARGOS) was established, which is responsible for implementing the unified state policy in the field of personnel management and human resource development in government agencies and organizations.

In addition, in order to further increase openness and transparency of budget data, strengthening the parliamentary and public control over the formation and expenditure of budget funds in 2019, the Presidential Decree “On measures to ensure the openness of budget data and active participation of citizens in the budget process, according to which the “Open budget” information portal was launched, which made it possible to strengthen the effectiveness of public control over the distribution of budget expenditures and prevent corruption in this area.

Based on the axiom that systemic anti-corruption is impossible without strengthening the true independence of the judiciary. Judicial and legal reform is being actively implemented to ensure reliable protection of the rights and freedoms of business entities.

Creation of a single Supreme court, formation of administrative courts the creation of a new body of the judicial community – the Supreme Judicial Council - has significantly strengthened guarantees of judicial protection of the rights of citizens, individuals and legal entities, as well as entrepreneurs from various types of corruption.

In order to improve the effectiveness of the anti–corruption system, create the most favorable business climate, and promote the country’s positive image in the international arena, on May 27, 2019, the presidential decree “On measures to further improve the anti-corruption system in the Republic of Uzbekistan” the presidential decree was adopted, which approved the State anti-corruption program for 2019-2020.

The state program provides for the development of draft laws “On state financial control”, “On state internal control and internal audit”, “On amendments and supplements to the Law of the Republic of Uzbekistan”, “On public procurement” and other legislative acts, “On the procedure for serving in the Prosecutor’s office”.

The decree defines the priority directions of the state policy in the sphere of combating corruption as follows: further strengthening the independence of the judicial power, excluding conditions for undue influence on judges in any form; formation of a public service system based on a transparent procedure for competitive selection, appointment and promotion of public servants, setting for them a specific list of restrictions, prohibitions, incentives and other mechanisms for preventing corruption; gradual introduction of a system for declaring the income of civil servants and ensuring a sufficient level of their wages, as well as improving the organizational and legal framework for resolving conflicts of interest in the course of public service; introduction of effective organizational and legal mechanisms for protecting persons who report information about corruption offenses; further increase of legal awareness and legal culture of the population, strengthening of intolerant attitude to corruption in the society; increasing accountability and transparency of government agencies and organizations; ensuring genuine freedom of activity of civil society institutions and the media and their involvement in the preparation, implementation and monitoring of anti-corruption measures.

The decree provides for the gradual introduction of a system for declaring property and income of a certain category of civil servants, and the implementation of the “Sphere without corruption” project in the areas of capital construction and higher education as an experiment.

The decree established a Special Commission to develop measures aimed at improving the effectiveness of activities in the field of anti-corruption.

Uzbekistan’s achievements in combating corruption are noted by representatives of a number of international organizations (the world Bank, IMF, OECD, etc.). They note that reforms to improve the business climate, in the banking, financial and energy sectors, tax, customs administration, land use and agriculture, and most importantly in health and education, contribute to the growth of private investment, create additional jobs, and contribute to sustainable economic growth of the country. 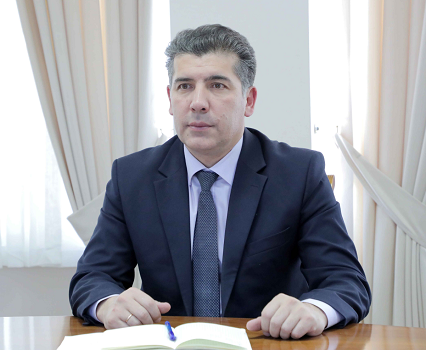 The First Deputy Director of the ISRS Ak...

Akramjon Nematov, First Deputy Director of the Institute for Strategic and Regional Studie... 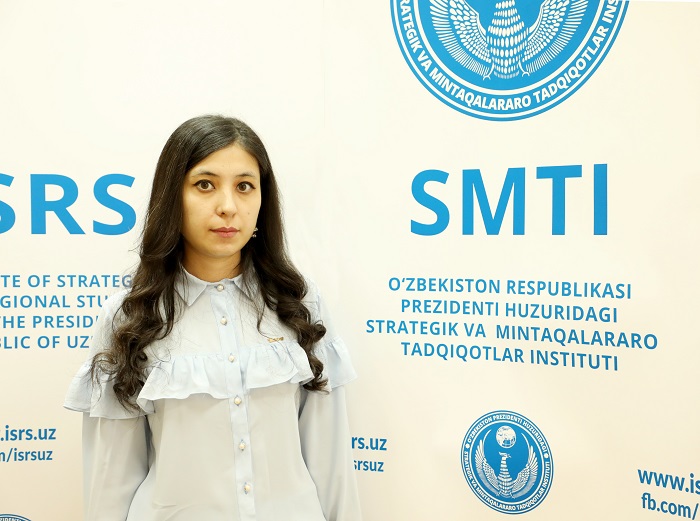 ISRS: Uzbekistan and Russia, in the spir...

The intensive large-scale work carried out in recent years by the leaders of Uzbekistan an... 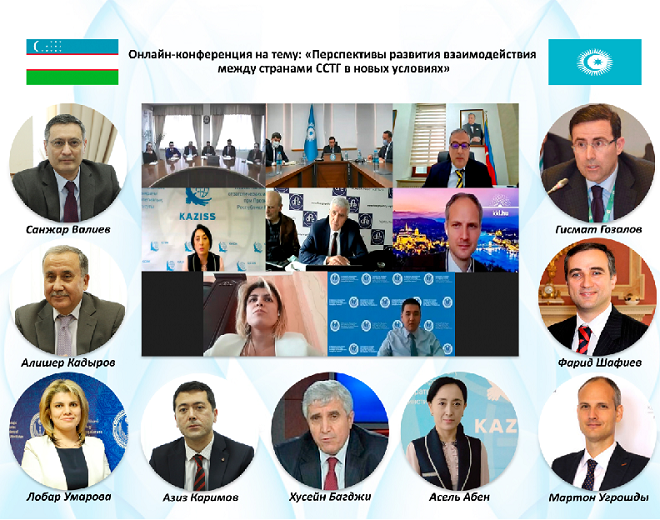 CCTSS Summit: The unification of the cap...

On April 1, a virtual conference was held on “Prospects for the development of interaction...