Anvar Nasirov: Samarkand Solidarity Initiative for the Sake of Common Security and Prosperity

There is no doubt that the Summit held in the ancient, great and eternally young city of Samarkand became an important milestone in the dynamic development of the SCO. The relevance of discussing the results of this forum and the practical agreements reached at the event is dictated by the reasons that our participants have already defined and I think will still define: 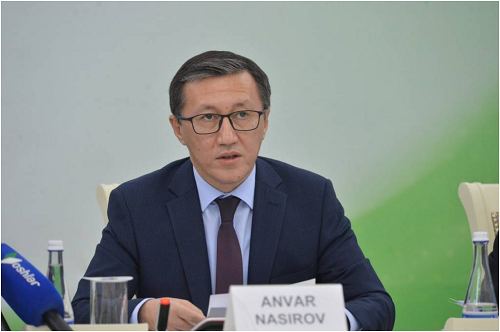 First, is the serious geopolitical changes that all of humanity has faced. As the President of Uzbekistan Shavkat Mirziyoyev noted in his article published in almost all the leading media of the world, Uzbekistan’s chairmanship in the SCO has fallen during a dynamic period, fraught with various events and trends – the period of the “historical rift”, when one era comes to an end and another begins – thus far unpredictable and unknown;

Second, the aggravation of economic and financial problems, instability in the global energy sector, jeopardizing the well-being of a large number of countries, climate change, shortage of water and natural resources, the ongoing socio-economic consequences of the pandemic, the emergence of threats to world food security, breaks or threats to disrupt established value and supply chains.

And finally, third, the importance of mitigating the consequences of rapid changes in international relations and the global economy, actualizing the issues of joining efforts in strengthening the foundations of international law and security in the world.

Since the establishment of the SCO, the active work of the member states of this Organization to implement its goals and objectives has contributed to the formation of the Shanghai Cooperation Organization as an authoritative and influential multilateral association.

The close and constructive dialogue between its member states, observers and dialogue partners, despite any external circumstances and long distances, contributed not only to the development of effective cooperation, but also was a factor that began to have a positive impact on the situation and condition of each state individually. The meeting of the Council of Heads of SCO Member States held on September 15-16 was certainly the achievement of the successful chairmanship of Uzbekistan in the Organization and a major political-diplomatic event that can rightfully be viewed through the prism of the global dimension.

One of the pearls not only of Uzbekistan, but of the world – the ancient city of Samarkand gathered the leaders of the Eurasian space, became a center of concentration of international politics and economics, a platform where the architecture of a new, inclusive interaction based on the principles of mutual respect, equality, trust and constructive cooperation was discussed and laid.

The results of the work of this multilateral forum can be regarded as historical.

The Samarkand Declaration adopted following the summit makes an important contribution to restoring confidence in the system of international relations, becomes a kind of starting point for the beginning of a new stage of interstate and multilateral cooperation based on dialogue and mutual understanding. In the consolidated document, all SCO member states confirm several fundamental principles on which the Organization’s work has been and will continue to be built.

First, the exclusion of block, ideologized, confrontational approaches to solving problems of international and regional development.

Second, respect for the right of people to an independent and democratic choice of ways of their political and socio-economic development.

Third, respect for the sovereignty, territorial integrity of states and non-interference in internal affairs.

Fourth, non-use of force or threat of use of force, as well as a commitment to the peaceful settlement of disputes between countries through dialogue and consultations.

Strictly following these principles and effectively interacting with international organizations in solving current issues, in recent years the SCO has emerged as an important and attractive pole of attraction.

During the year of its presidency, Uzbekistan managed to preserve the “Shanghai Spirit”. This is evidenced by the wide representation of states and international organizations at the Samarkand Summit.

Moreover, the “Samarkand Platform” has launched the process of “replenishment” of the SCO by dialogue partners and observers. Among them are Saudi Arabia, Egypt, Qatar, Bahrain and Maldives.

A Memorandum of Commitment with the Islamic Republic of Iran was also signed in Samarkand, which opens the final stage to the full membership of this country in the SCO. In addition, the procedure for the accession of the Republic of Belarus as a full member of the SCO has been launched. This is evidence of the expansion of the economic, political-diplomatic and cultural-humanitarian geography of the Organization.

There are not so many international and regional organizations in the world today that have established themselves as successful platforms capable of uniting various states at the same table and offering an effective way of joint development. Taking this into account, within the framework of the SCO Uzbekistan put forward the Samarkand Solidarity Initiative in the name of common security and prosperity.

The main goal is to involve all interested states in the global intercivilizational inclusive dialogue, search for coordinated approaches and solutions to current issues of our time, restore mutual trust, remove global tension, uncertainty and unpredictability to establish international cooperation.

This fully meets the needs of our peoples and states, namely, to pass on to future generations the centuries-old cultural and civilizational values and a prosperous world.

I think I will not be mistaken that it is the Samarkand Initiative that creates a favorable basis for achieving the set goals for the long term, will ensure the strength and reliability of equal and mutually beneficial cooperation for the benefit of all peoples and states.

Undoubtedly, the intention demonstrated by the participants to strengthen cooperation, according to the apt expression of the President of Uzbekistan, has become a development of the “Samarkand Spirit”, which fully complements and strengthens the principles of the “Shanghai Spirit”.

Today, we can say that the results of the Summit in Uzbekistan, related both to the expansion of the membership of the Organization and the adoption of a solid package of documents, lay the foundations for the rebirth of the SCO into a new type of structure, the demand for which will only increase.

Holding the International Samarkand Forum on the initiative of President Shavkat Mirziyoyev next year with the participation of political leaders, authoritative representatives of the public, business, academic and expert circles will make it possible to develop practical recommendations for further promotion of the ideas of peace and development.

Undoubtedly, the SCO’s entry into a new stage of development is impossible without the cohesion and effective cooperation of the Central Asian states, which act as the core of the Organization. This was again clearly stated in the final document of the Summit.

In the adopted Samarkand Declaration, the SCO member states supported the efforts of the countries of the region aimed at ensuring peace, sustainable development and the formation of a space of good neighborliness, trust and friendship.

The Heads of state called for further strengthening the SCO’s role in strengthening stability and socio-economic development of our region, welcomed the holding of regular Consultative meetings of the heads of Central Asian states, the initiative of which belongs to the President of Uzbekistan.

But it is very gratifying that fraternal Turkmenistan, which does not have official status in the Organization, also shows great interest in cooperation with the SCO, which has always acted as a platform capable of providing conditions for solving current issues related to socio-economic, transport and communication development, ensuring security, strengthening and increasing humanitarian contacts. A vivid confirmation of this is the participation of the President of Turkmenistan as an honorary guest at the Samarkand Summit and the initiatives he announced to enhance practical cooperation in the SCO space.

If we take the statistics for the last five years, the total number of initiatives and proposals made by the leaders of the Central Asian states is more than 160 in total. The President of Uzbekistan put forward almost 70 initiatives envisaging strengthening mutually beneficial partnerships not only in traditional areas, but also establishing cooperation in completely new areas, such as innovation and digital development, connectivity and logistics, expanding industrial cooperation, fighting poverty, developing cooperation in sports, people’s diplomacy and many others.

The analysis of proposals from the leaders of our region demonstrates that most of them are aimed at solving not only the tasks that are directly “tied” to Central Asia and the SCO, but in some cases global in nature.

In this context, it is important to mention initiatives related to the settlement of the situation, as well as the socio-economic development of Afghanistan, countering terrorist threats, taking joint practical measures to overcome the negative consequences of the pandemic, addressing food security issues, developing measures to mitigate the effects of global climate change, and others.

I would like to note that thanks to Uzbekistan’s foreign policy, in recent years it has been possible to radically change the political climate in the region, create a completely new atmosphere of cooperation and remove most of the issues that have been an obstacle to the development of Central Asia for many years.

During this short period, conditions were created for the gradual completion of the legal registration of borders, the work of checkpoints was resumed, mutual trips of citizens were facilitated, transport links were restored and new routes were launched.

Moreover, investment cooperation has intensified, the implementation of significant cooperation projects in trade, industry, energy, transport, agriculture and other sectors of the economy has begun.

The general economic indicators serve as a demonstration of the growing dynamics of relations. As a result of targeted measures, Uzbekistan’s trade turnover with Central Asian countries increased by more than 2.6 times to $6.4 billion from 2016 to 2021, has reached a historical maximum. We are pleased that this positive dynamic continues this year.

The consequence of such changes was the consistent development of coordinated positions by countries on intraregional issues and close coordination on international platforms. The unified position of the Central Asian states began to be voiced within the framework of the UN, CIS, SCO, OIC, ECO, OTS and other venues. At the same time, the most significant event was the holding of regular Consultative meetings of the Heads of the Central Asian States, which I have already mentioned above.

The launching of this format has become an indicator that the region has reached the level of developing joint approaches to solving the most pressing common problems and initiating projects that ensure mutual growth and sustainable development.

I would not be mistaken if I note that the consistent development of this vector will serve not only to strengthen the connectivity between Central Asian countries, but also even greater solidity and cohesion of the SCO.

Director of the International Institute for Central Asia 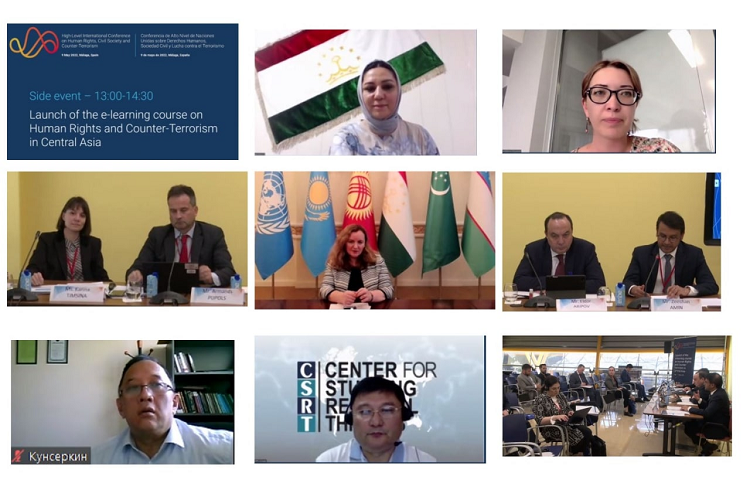 Initiatives of the President of Uzbekist...

A delegation of Uzbekistan led by Director of the Institute for Strategic and Regional Stu... 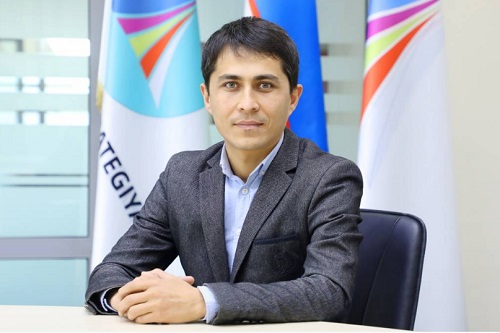 Uzbekistan on the path of digitalization...

Farrukh Khakimov, Head of Department at the Development Strategy Center 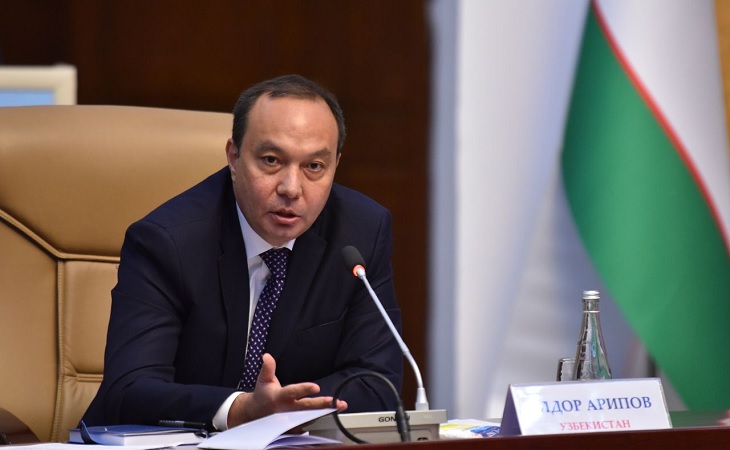 On February 2, Tashkent hosted a landmark event for the future of Afghanistan and the enti...