07/May/2021   In the representations of Uzbekistan abroad

“Baburname” to be translated into Hungarian

VIENNA, May 7. /“Dunyo” IA/. Ambassador of Uzbekistan Abat Fayzullayev has held virtual talks with the Director of Hungary’s Institute of Oriental Studies and Head of the Department of Turkic Studies at the Eötvös Loránd University in Budapest, Benedek Péri, reports “Dunyo” IA correspondent.

The parties discussed the prospects for enhancing cooperation in the cultural-humanitarian and educational spheres.

The sides noted with satisfaction the high dynamics of Uzbekistan – Hungary relations and confirmed their readiness to further deepen cooperation in the cultural-humanitarian direction.

Within the framework of the promotion of the cultural-historical heritage of Uzbekistan, including classical Uzbek literature, his ongoing long-term work on the translation of “Baburname” from the original into Hungarian in cooperation with the International Babur Foundation was noted.

Information was provided about the work carried out by him together with Uzbekistan specialists to translate the work of Alisher Navoi “Mahbub ul-Qulub” from the original into English to attract the attention of a wide European audience to the legacy of the poet.

The parties agreed that following the recent visit of the Hungarian Prime Minister to Uzbekistan and the high-level negotiations, there is an increased intensification of cooperation between the parties in the educational sphere.

The Hungarian expert reported on the beginning of close cooperation between the Tashkent State University of Uzbek Language and Literature named after Alisher Navoi and the Eötvös Loránd University. The parties plan to launch master's programs of double diplomas. The Hungarian side intends to explore the possibility of opening a faculty for the study of the Uzbek language at the university. According to him, students of the Department of Turkic Studies show a special interest in studying the Uzbek language.

Following the meeting, Benedek Péri was presented with the 1st volume of “Catalogue of Foreign Manuscripts related to Uzbekistan” publication, published by the Center for Research of Cultural Values of Uzbekistan located abroad, for further transfer to the Library Fund of the Eötvös Loránd University. 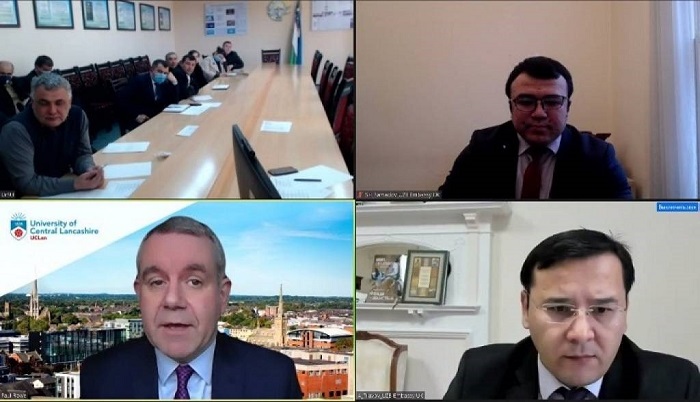 Urgench State University and the Univers...

The Embassy of Uzbekistan in London has organized virtual talks between the British Univer... 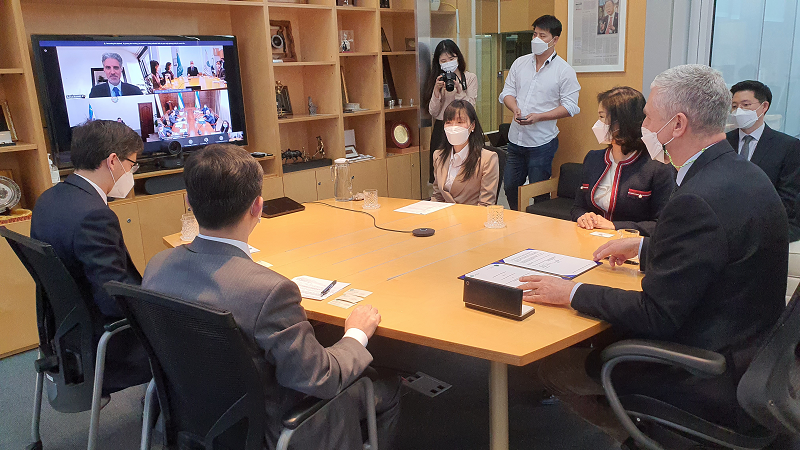 Yesterday, a Memorandum of Understanding has been signed via videoconference between the S... 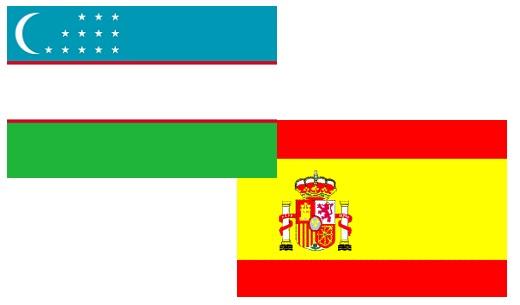 An online meeting was held between representatives of the Ministry of Health of Uzbekistan...