According to Uzbekistan MIFT, the parties discussed the current state of cooperation, the progress of joint projects and promising areas of development of the partnership.

Mr. Jürgen Rigterin highly appreciated the positive results of large-scale reforms consistently carried out in the country, as well as assured the EBRD’s readiness to actively support the process of economic transformation in Uzbekistan through investment and technical assistance.

The parties discussed the progress of cooperation in the implementation of joint projects: at the moment, 21 projects worth $1.8 billion are being implemented in Uzbekistan in cooperation with the EBRD in such areas as energy, infrastructure and housing construction. The parties agreed to accelerate the development of new projects in housing and communal services, ecology, infrastructure development and the private sector.

Cooperation in the banking sector was discussed: the EBRD will continue to provide analytical and technical assistance in the development of the financial sector in Uzbekistan, as well as in the reform and privatization of state-owned banks.

The possibilities of expanding credit and trade lines of the EBRD to finance projects of small and medium-sized businesses in Uzbekistan were considered. The parties also discussed issues of enhancing interaction to support the initiatives of women and youth entrepreneurship in the implementation of investment projects.

Following the talks, the sides agreed to establish an operational mechanism for constant interaction to ensure the timely and high-quality implementation of joint projects and agreements, as well as to develop new areas of cooperation.

A loan agreement was signed within the framework of the project “Improving the water supply of Chust, Pap and Namangan districts, as well as the sewerage system of Chust and Mingbulak districts of Namangan region” worth $70 million.

A mandate letter was signed for the implementation of the project “Purchase of electric buses in the city of Samarkand” worth $20 million and a Memorandum of Cooperation within the framework of the Green Cities program.

Consultations on transport and transit i...

Yesterday, representatives of the transport and customs authorities of Uzbekistan held reg...

MIFT: The development of a new partnersh...

Yesterday, the Deputy Prime Minister of the Republic of Uzbekistan, Minister of Investment... 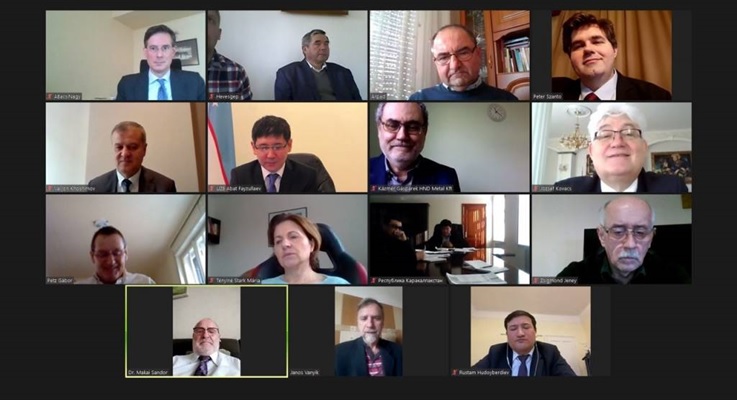 On December 9, the Embassy of Uzbekistan in Hungary with a residence in Vienna, together w...