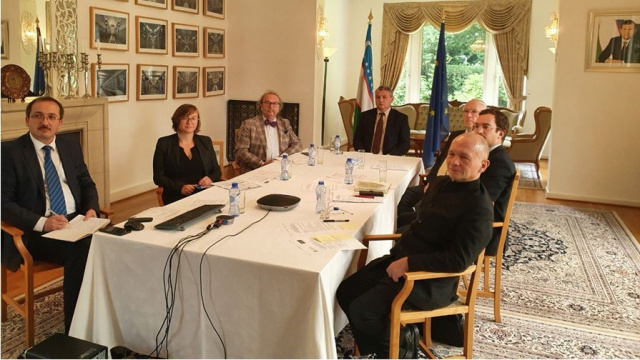 TASHKENT, July 4. /”Dunyo” IA/. On Friday a videoconference on “Prospects and opportunities for enhancing cooperation between the European Union and Central Asian countries. The role of Uzbekistan in implementation of the European Strategy in the region” took place, reports “Dunyo” IA correspondent.

The European Institute for Asian Studies (EIAS) is a leading think tank based in Brussels, the capital of the European Union, focusing on EU-Asia relations since its founding in 1989. As a policy research centre, its aim is to promote understanding between the European Union and Asia. In addition, it aims to strengthen ties between Asia and Europe through in-depth, comprehensive research, as well as acting as a knowledge exchange platform and forum for dialogue between policymakers, members of academia and think tanks, civil society and the corporate sector.

According to the Press-service of ISRS, issues such as the experience of European and Central Asian countries in combating coronavirus and overcoming its socio-economic consequences, the role and importance of the Central Asian region for the European Union at the present stage, as well as promising areas for deepening cooperation between the European Union and Uzbekistan, were considered.

Opening the event, the Ambassador of the Republic of Uzbekistan to the Benelux countries Dilyor Khakimov positively assessed the dynamics of development of relations between Uzbekistan and the European Union.

Participants of the videoconference paid special attention to further actions on accession of Uzbekistan to the World Trade Organization.

Discussing the main topic of recent months – the COVID-19 pandemic and its unprecedented consequences, experts analyzed the main trends observed in the world.

Deputy Director of ISRS under the President of the Republic of Uzbekistan Sanjar Valiyev emphasized that international cooperation should become a pillar for restoring broken ties and boosting the economy.

Participants also considered the relevant aspects of implementation of the EU Strategy for Central Asia. It is also important to involve in the regional programs in Central Asia the third parties traditionally present in the region – Russia, China, the United States.

Speaking about the trade relations of Central Asia and with regard to Uzbekistan, EIAS experts noted the need for ensuring greater regional connectivity with other countries.

EIAS experts noted the high interest of the European Union in developing close cooperation with Central Asia. Moreover, this interest is also due to the dynamics of the rapprochement of the region’s countries, which in an integrated form are more attractive for interaction with external partners. 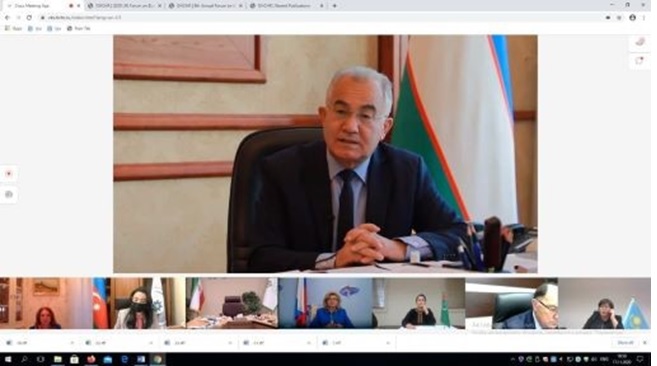 Director of the National Center for Huma...

Commissioner for Human Rights of the Russian Federation has organized IV international con...

A Working Group Meeting on the construct...

A meeting of the working group on the construction of Uzbekistan – Kyrgyzstan – China rail...

The World Bank’s Board of Executive Directors approved a $239 million credit from the Inte...