TASHKENT, August 27. /IA «Dunyo» /. The Institute for Strategic and Interregional Studies under the President of the Republic of Uzbekistan (ISMI) and the Valdai International Discussion Club held an online conference on the topic "Opportunities of Russia and Central Asian States in Afghanistan", reports “Dunyo” IA correspondent. 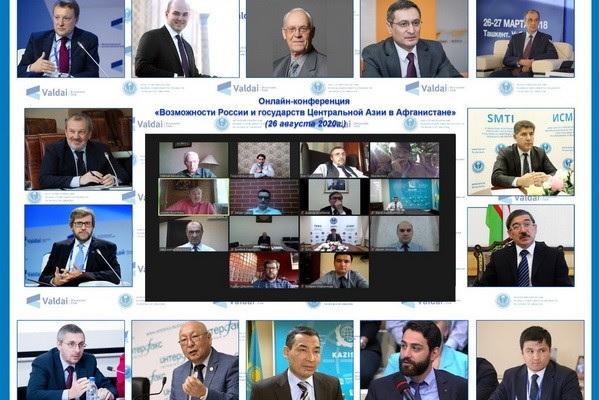 The expert community of CA countries was represented by leading analysts from the Kazakhstan Council on International Relations, the Kazakhstan Institute for Strategic Studies under the President of the Republic of Kazakhstan, the National Institute for Strategic Studies of the Kyrgyz Republic, the Center for Strategic Research under the President of the Republic of Tajikistan, the Information and Analytical Center for International Relations and the University of World Economy and Diplomacy at the Ministry of Foreign Affairs of Uzbekistan.

During the event, a thorough exchange of views took place on the prospects for the development of the situation in Afghanistan, issues of strengthening cooperation between Russia and the Central Asian countries in the field of regional security, the processes of peaceful reconstruction of Afghanistan and the country’s integration into regional trade and economic ties were discussed.

Speaking at the conference, First Deputy Director of the Institute for Strategic and Interregional Studies under the President of the Republic of Uzbekistan Akramjon Nematov noted that the establishment of peace and stability in Afghanistan, its economic recovery are of key importance for ensuring the security and sustainable development of the vast Eurasian space.

At the same time, the International Conference on Afghanistan, held in March 2018 in Tashkent at the initiative of the Presidents of Uzbekistan and Afghanistan, Shavkat Mirziyoyev and Ashraf Ghani, served as an important political basis for launching the process of a political settlement in this country. The Tashkent Declaration, adopted at the end of the conference, consolidated a comprehensive consensus at the regional and global levels on the need for an early start of direct inter-Afghan negotiations, became a kind of strategy for further peacebuilding in Afghanistan.

Akramjon Nematov pointed to the fundamental importance of comprehensive support from the international community for a continuous and progressive process of peaceful intra-Afghan negotiations to achieve long-term and sustainable peace in Afghanistan.

A major step forward in a peaceful, inclusive negotiation process was the signing of the Peace Agreement between the United States and the Taliban in Doha in February this year, which provided a historic chance to end the 40-year war in Afghanistan and reaffirmed the impossibility of solving the Afghan problem by military means.

In turn, Andrey Bystritsky, Chairman of the Council of the Foundation for Development and Support of the Valdai International Discussion Club, expressed a conceptual vision of the processes in Afghanistan through the prism of the interests of Russia and the Central Asian states.

They noted the need to continue the consolidated international and regional support to Afghanistan in restoring the economy of this country so that it can firmly stand on the tracks of peaceful development in the post-conflict period.

Considering economic development as an indispensable condition for ensuring sustainable and long-term peace in Afghanistan, the experts stressed the importance of developing a broad international program for the post-war reconstruction of Afghanistan.

In this regard, the participants of the online meeting supported the efforts of the countries of the region to develop trade and economic cooperation with Afghanistan, including through the implementation of infrastructure projects, creating favorable conditions for the expansion of border trade, air, road and rail freight traffic.

It was noted that it is precisely the strengthening of transport, communication and trade and economic interaction with Afghanistan that can significantly enhance the opportunities for the development of transregional cooperation, create favorable conditions for the launch and implementation of joint projects in this country in the field of energy, trade, agriculture, education, and culture.

The conference participants were unanimous in the opinion that joint programs for the economic development of Afghanistan will become a powerful driver for strengthening interconnectedness, sustainable development, and shared prosperity in Eurasia, and can serve as a factor in building consensus between stakeholders on the need to achieve long-term peace in Afghanistan.

In general, the virtual meeting was held in a friendly and constructive atmosphere, allowed the participants of the event to exchange views and develop agreed approaches bоth in promoting the long-awaited peace in Afghanistan and restoring the country’s peaceful economy.

The Institute for Strategic and Interregional Studies under the President of the Republic of Uzbekistan and the Valdai International Discussion Club interact within the framework of the Cooperation Agreement, in particular, exchange experts, mutually participate in events organized by the parties.

In 2019, the joint X Asian Conference of the Valdai International Discussion Club on the theme "Central Asia and Eurasia: Multilateral Cooperation in the Face of the Challenges of Global Disorder" was held in Samarkand. The event was attended by over 80 authoritative experts from 11 countries, including Uzbekistan, Russia, China, Germany, Japan, Sweden, India, the Philippines, Kazakhstan, Kyrgyzstan, and Tajikistan. 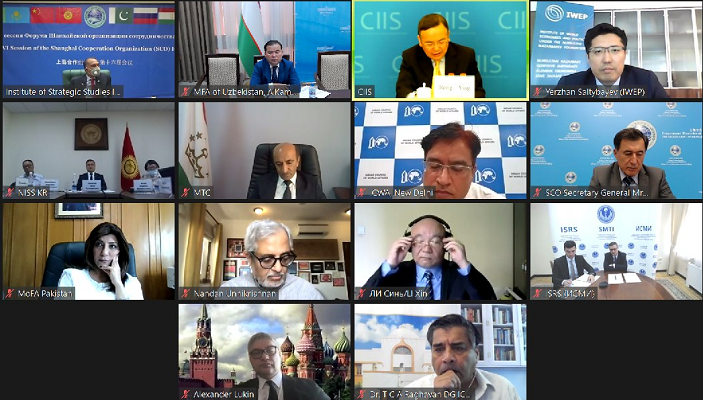 Yesterday, the 16th Meeting of the Shanghai Cooperation Organization (SCO) Forum has been ... 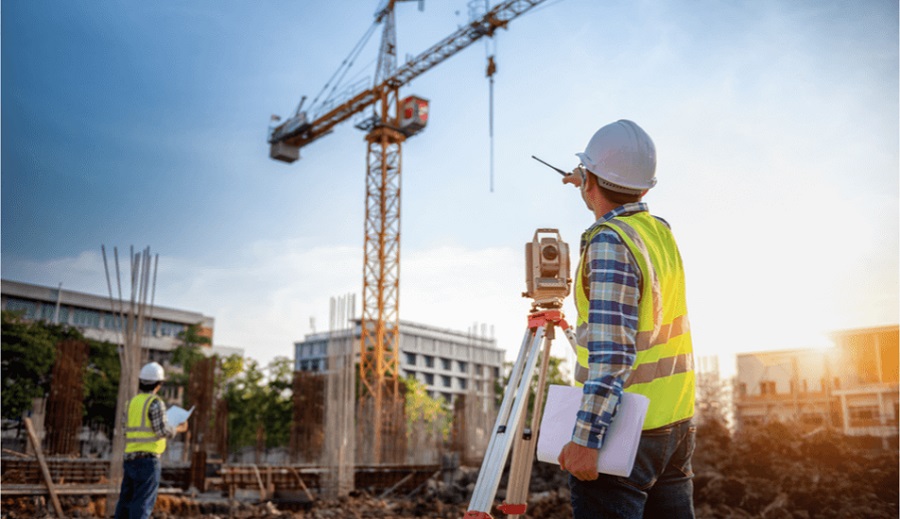 In January-September 2020, the volume of construction work performed in Uzbekistan made up... 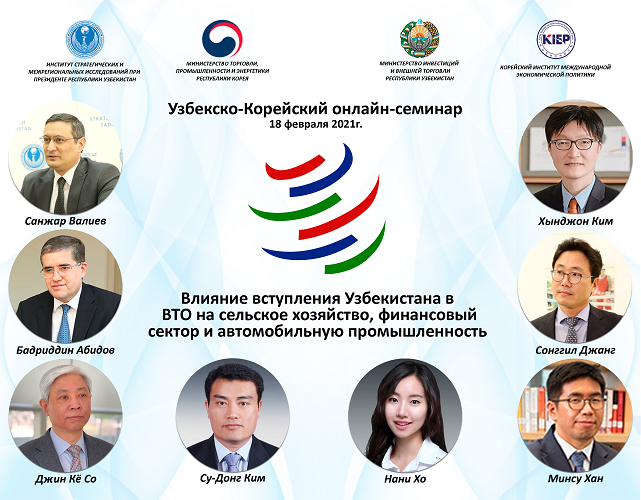 On 18 February, another Uzbek-Korean webinar was held on the theme "Impact of Uzbekistan’s...