Investments and exports analyzed, along with economic cooperation with Japan, South Korea and the UAE 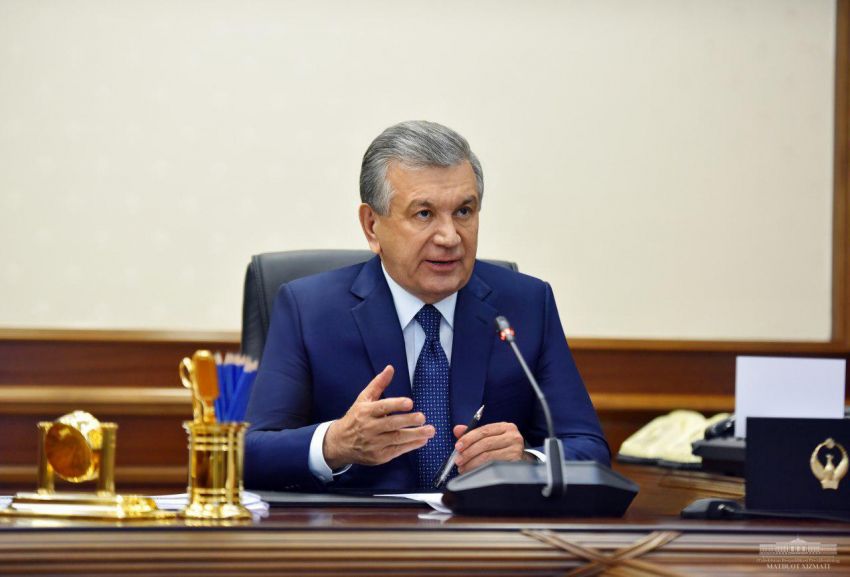 On July 2, President Shavkat Mirziyoyev held a videoconference discussion of the course of implementation of forecast indicators in Uzbekistan’s investment and foreign trade activities in the first half of this year. The meeting also served to overview the realization of priority projects with Japan, the Republic of Korea and the United Arab Emirates as well as prospects for enhancing the trade, economic, investment, financial and technical cooperation with them.

Officials in charge reported on the extent of fulfillment of the tasks assigned to the Ministry of Investments and Foreign Trade, including proposals for spearheading comprehensive measures aimed at ensuring the achievement of forecast indicators for attracting investments and boosting exports, as well as the timely implementation of agreements with foreign partners.

The global epidemiological situation and the restrictions resulting from it directly affect, it was noted, the investment and foreign trade activities of Uzbekistan, naturally creating certain obstacles for entrepreneurs in financing their projects, construction works, and supplying raw materials and equipment essential for production.

In this regard, steps have been taken to timely support the domestic producers and exporters.

Meanwhile, funds of international financial institutions in the amount of $1.2 billion were attracted to provide commercial banks with sufficient resources.

About 3.8 thousand new jobs were created during the period under review through the implementation of 28 major investment projects worth $1.8 billion.

Within the framework of local regional development programs, 2,049 large investment projects were implemented for a total amount of 9.5 trillion soums, allowing for the creation of more than 27 thousand new jobs.

In a number of sectors, it was noted, there is a lag behind the forecast indicators of investment development in connection with risks associated with the current pandemic. Thus, the head of state instructed the executives to review the indicators and lists of investment projects planned for implementation in order to unconditionally further the goals intended for 2020.

It is expected that by the end of the year, the volume of investments attracted to the national economy will reach $9.9 billion, of which 6.8 billion will be foreign direct investment, and 3.1 billion will come from international financial institutions. Special attention was paid to measures to support export activity as one of the key drivers of the country’s economic development.

Over the past 6 months of this year, it was reported, domestic enterprises exported products for $6.1 billion. A total of 950 new enterprises launched their exports, 85 new types of goods were delivered abroad, and the geography of exports extended by four new markets (countries).

Taking into account the currently disturbed economic situation in the world, as well as the decrease in supply and demand in the global market, the President instructed the National Special Commission to develop and implement a set of measures to minimize the possible negative impact of external factors caused by the pandemic on the country’s foreign economic activity in order to augment the export potential in the second half of this year.

It is expected that as a result of measures taken, Uzbekistan’s exports will reach $17.1 billion by the end of the year.

In recent years, indicators of trade turnover with Japan, the Republic of Korea and the United Arab Emirates have been steadily growing, and new joint projects across sectors are in progress within the framework of the roadmaps following talks at the highest political level.

Special attention was paid at today’s meeting to the timely realization of existing projects and the development of new proposals to deepen investment cooperation.

48 projects worth 5.6 billion dollars, it was said, are being implemented in Uzbekistan in cooperation with Japanese partners in such areas as geology, chemistry and petrochemistry, the banking and financial sector, healthcare and education.

In particular, projects are being successfully undertaken to build hotel complexes with H.I.S. corporation, expand the production capacities of SamAvto JV in cooperation with Isuzu and Itochu, construct energy blocks at the Navoi Thermal Power Plant with the help of soft loans from the Japan International Cooperation Agency (JICA ) and many others.

As it was stressed, despite the pandemic, contacts between government and business circles of the two countries have intensified this year, including those through modern information technologies.

The head of our state underscored the need to enhance practical interaction between Uzbekistan and Japan by promoting specific economic programs and projects. 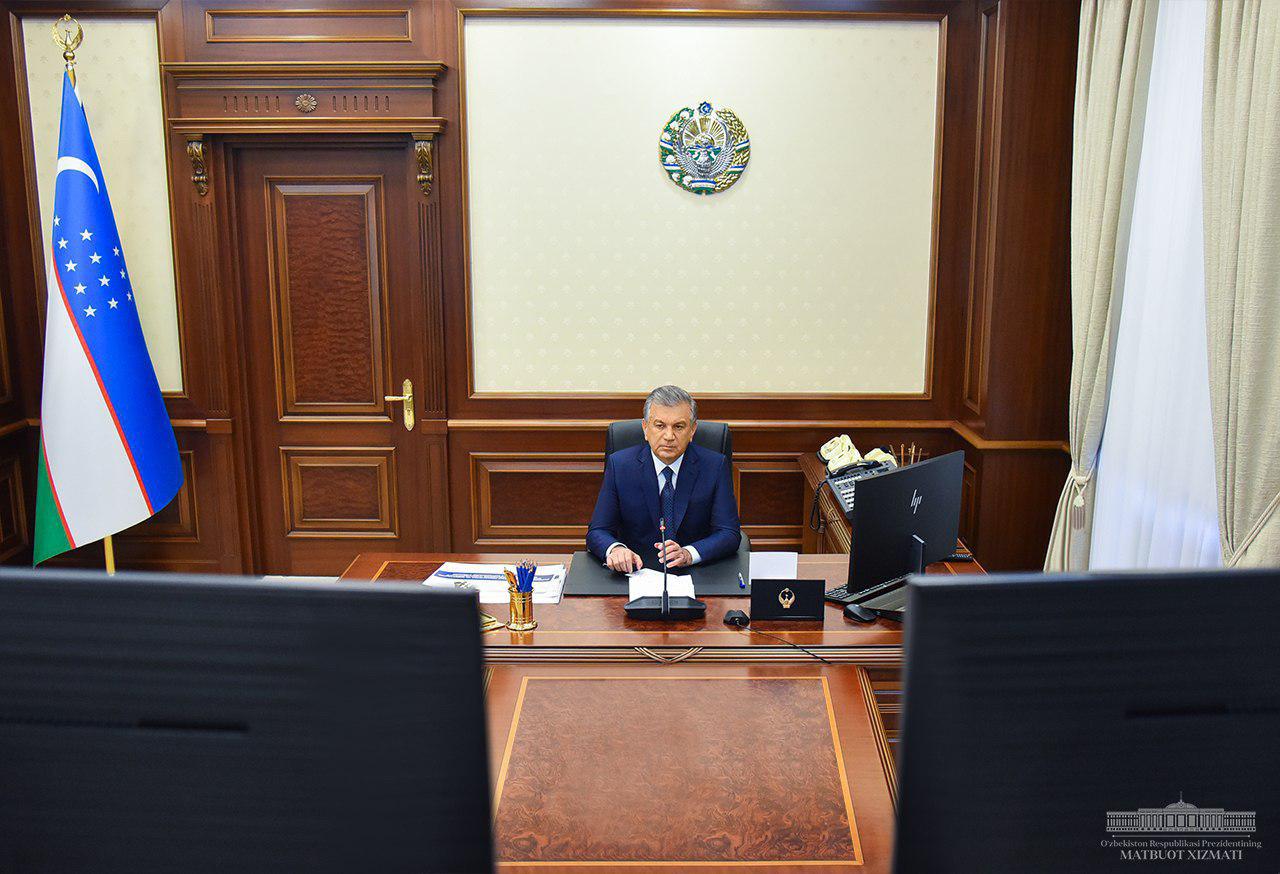 The cooperation with the Republic of Korea has also shown positive dynamics in recent years. This year thus far, the mutual trade has reached $1 billion, 60 new enterprises with the participation of Korean capital have been created, and their total number has reached 855.

This year, successful have been projects for the establishment of Children’s Multidisciplinary Medical Center in Tashkent and the Uzbek-Korean International University in Ferghana, within the framework of which about 1 thousand jobs were created.

The construction of the Innovative Scientific and Production Pharmaceutical Cluster in the Zangiata district of Tashkent region, which was launched by the President of Uzbekistan on April 17 this year, is in full swing. The project provides for the establishment of the Pharmaceutical Technical University as well as the modern production of medicines.

Such areas as agriculture, innovation and IT, chemical, pharmaceutical, light, electrical and jewelry industries, education and healthcare are identified as promising areas.

Under the financial and technical assistance programs of the Korea International Cooperation Agency (KOICA) and the Economic Development Cooperation Fund (EDCF) of the Republic of Korea, 17 projects are being implemented in the amount exceeding $750 million. The schemes include the construction of a Chemical Technology Center, a medical clinic for adults, equipping medical facilities and educational institutions of Uzbekistan.

As a result of the execution of joint projects with Japan and Korea, it is planned to draw and make use of inbound investments totaling over $1 billion.

In general, the practical implementation of the agreements reached will help create over 50 thousand jobs, increase production by $4.1 billion and exports by $1.14 billion.

As a result of the highest-level meetings in the United Arab Emirates in 2019, a solid package of bilateral documents was signed along with trade, economic and investment agreements. Projects are planned for realization in energy, infrastructure, chemistry and petrochemistry, agriculture, tourism and other sectors.

Today, projects for over $4 billion are being worked out, while the total number of enterprises in Uzbekistan with UAE capital is 141.

Agreements with companies from the Emirates, it was noted, are already bearing fruit.

Thus, Masdar is investing in the construction of a 500 MW wind farm in the Navoi region, while total investments will exceed $500 million.

With the participation of the Abu Dhabi Development Fund, Uzbekistan and the UAE established a joint investment company with a capital of $1 billion. It has begun financing initial projects.

The Fund is also partner in the modernization of infrastructure in the city of Samarkand.

Mubadala is developing projects in the energy sector of Uzbekistan, as well as increasing production and deep processing of hydrocarbons.

President Shavkat Mirziyoyev pointed out the need for full and quality implementation of measures designated for 2020 in roadmaps with Japan, South Korea and the UAE.

On the issues discussed at the meeting, officials in charge presented reports, specific measures and tasks have been identified. 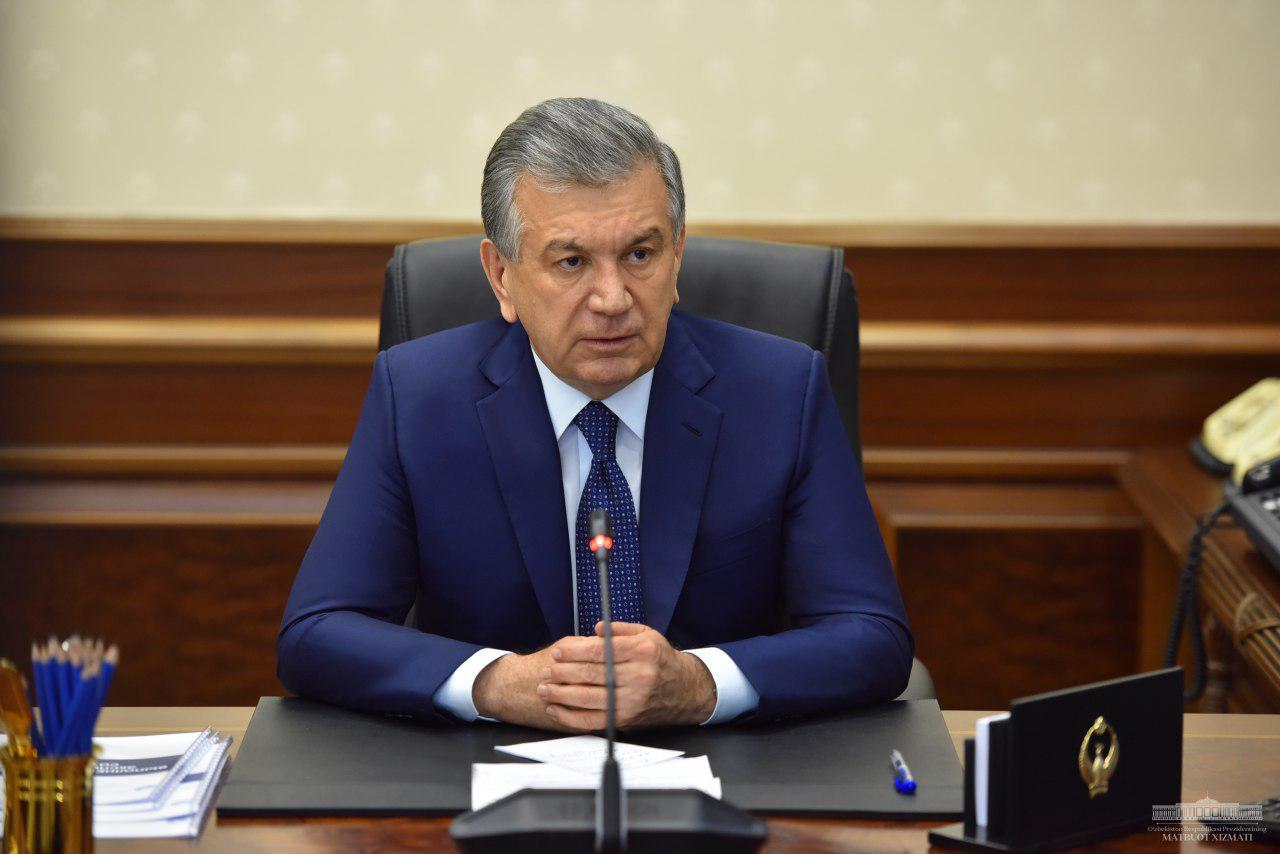 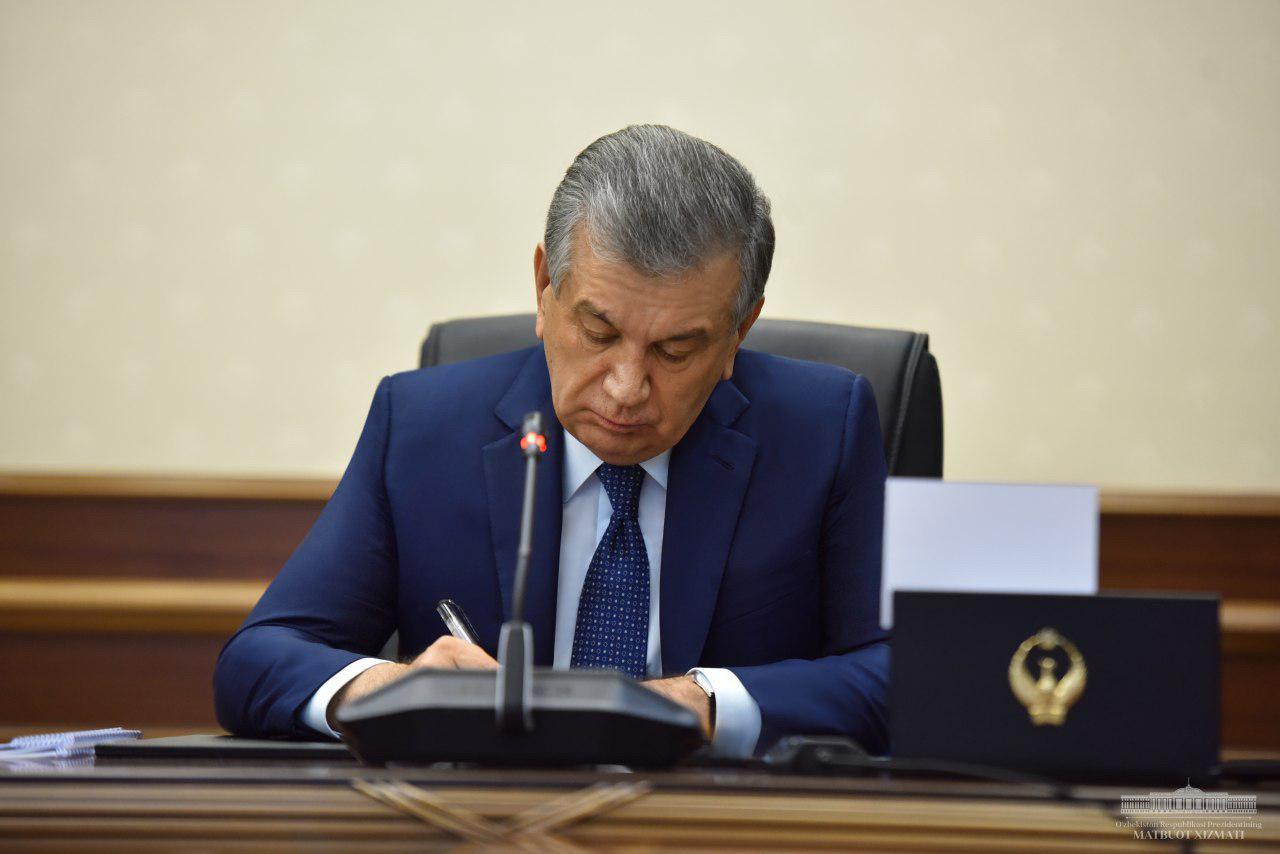 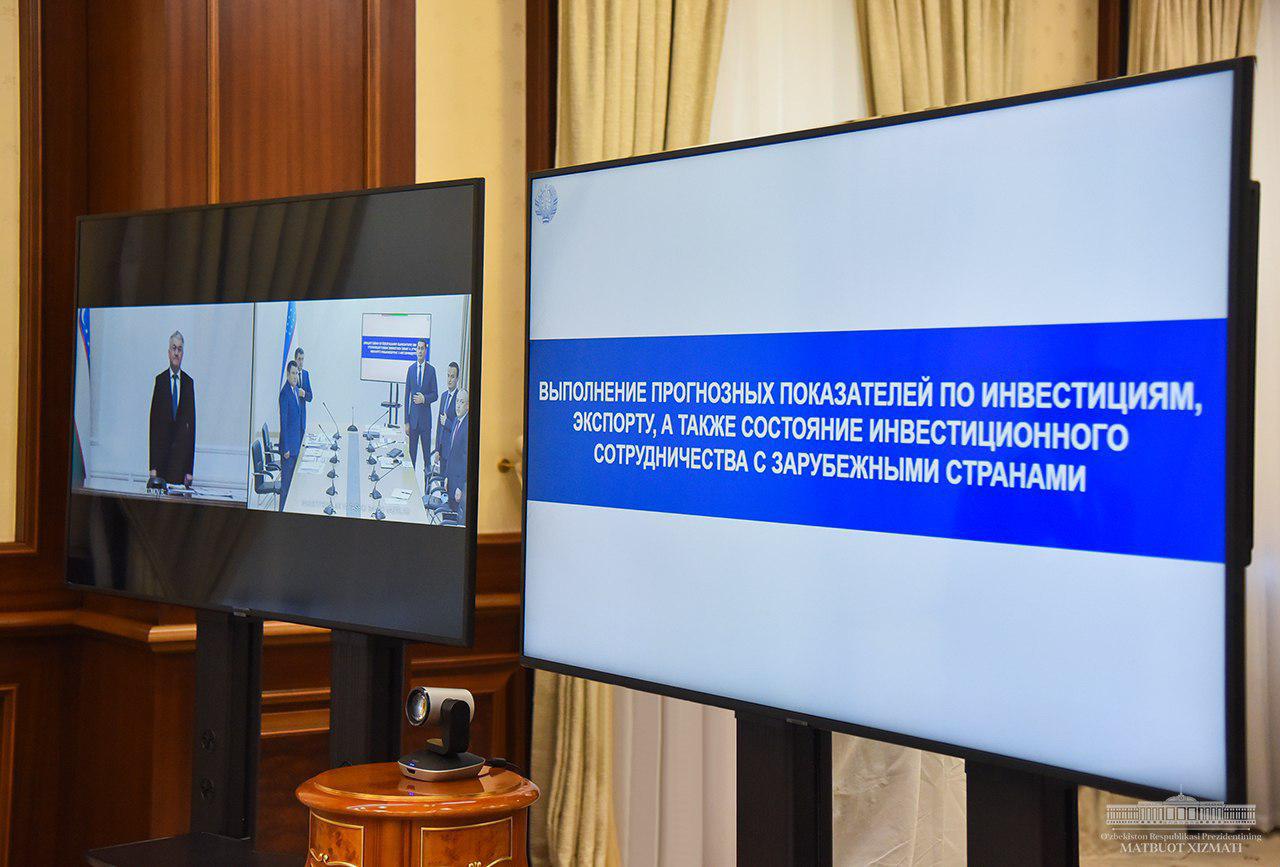 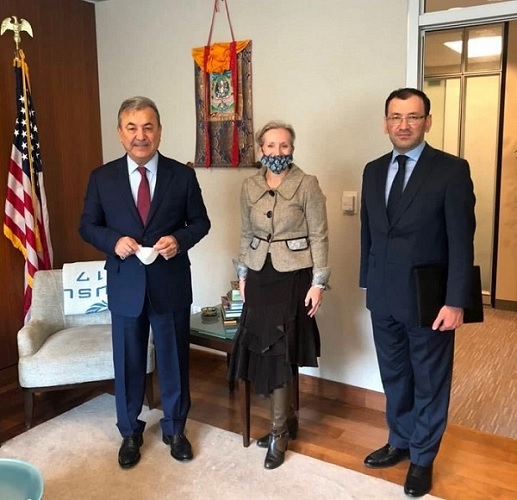 The U.S. Ambassador-at-Large for Global ...

On November 18, First Deputy Chairman of the Senate of the Oliy Majlis of the Republic of ... 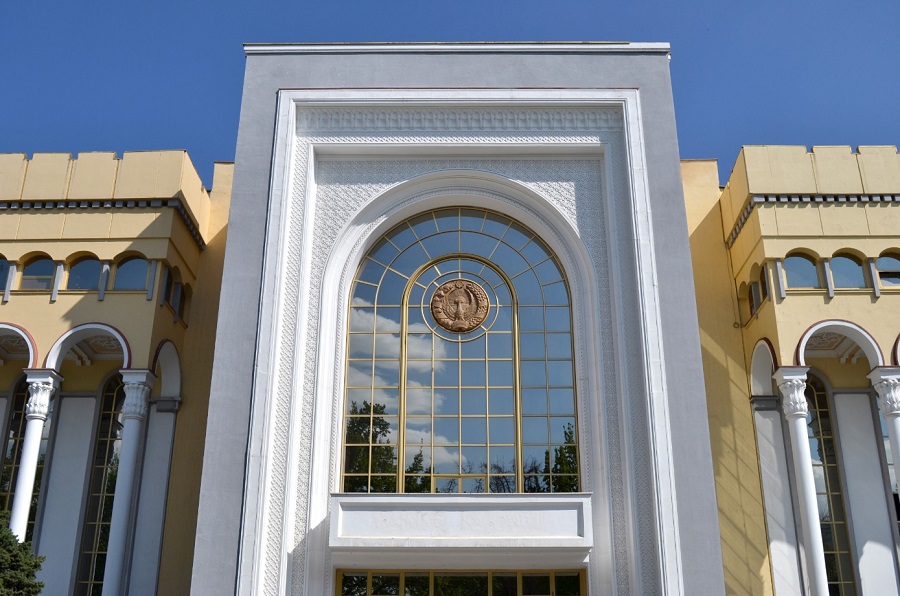 On November 24-27, Uzbekistan delegation led by the Minister of Foreign Affairs Abdulaziz... 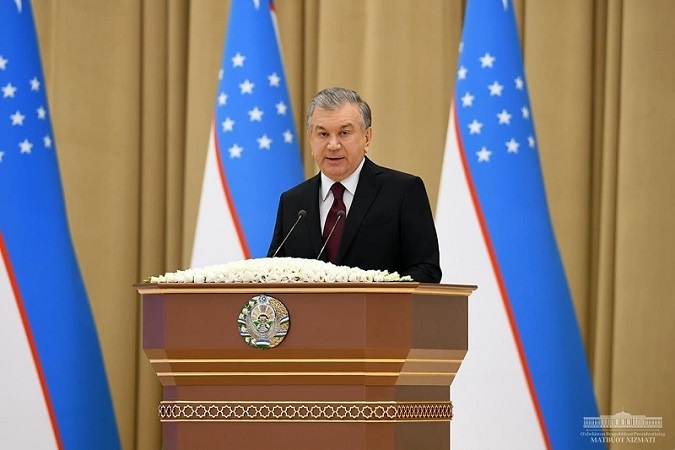 “In order to continue the work we have started in these important areas and raise it to a ...