Jonas Astrup: Uzbekistan is turning into a success story in combating forced labor

Since 2015 International Labor Organization (ILO) conducts a third-party monitoring on the incidence of child labor and forced labor in the cotton harvest in Uzbekistan. As an outcome of these efforts, ILO releases the report comprising results of investigation. The 2019 report was presented in Tashkent within “Decent work in support of reform agenda” international roundtable.

“Dunyo” Information Agency correspondent sat down with Jonas Astrup, the International Labor Organization’s chief technical adviser in Uzbekistan to discuss progress the country has made this year based on recommendations of ILO in 2018.

Around 2.5 million people in Uzbekistan are engaged during the harvest each year to pick cotton by hand. 2018 ILO third-party monitoring report stated that managing workforce in fall conformity with international labor standards ratified by Uzbekistan is an enormous task. Could you, please specify what makes it a challenge?

Cotton harvest in Uzbekistan is the largest recruitment effort in the world. We can’t think of any other situation in any other country where 2,5 million people are recruited for one single event. So, that itself makes it a challenge because you are attracting them for a short period of time. That means there is intensity for the recruitment period, which, in turn, means risks of forced labor.

We have seen a significant decline in a number of people participating in the harvest. If you look back at 2015, for example, we estimate about 3,2 million people picking cotton. Fast forward to 2019, the number dropped to 1,7 million people. Uzbekistan is producing less and less cotton which is a good thing. It used to be 90% of farm land used for cotton. It dropped down below 70% now. There is a further effort to diversity the agricultural system to not only grow cotton, but also to grow other types of products.

Over the last two years Uzbekistan has been steadily increasing the wages for cotton picking. In 2018 the wage for one kilogram was set at 650 soums for the first stage. In 2019, the price went up to 800 (first stage). Similarly, the fine for forced labor has increased by 10 times. Despite that, we still witness individual cases. Can financial incentives always solve the problem?

I don’t think it can solve 100% of the problem, but there is no doubt that wage increase is the biggest motivation. We see a direct link between the wages paid and number of people who volunteered the job. That is one way to address the issue.

Penalties went up tenfold. 1000% is a very significant number. Getting a 2,500 or 3,000 dollars fine in Uzbekistan is a large amount of money. But more importantly, the country has introduced criminalization of forced labor. That is going to have a much bigger impact.

The President Shavkat Miziyoyev has recently announced the end of quota system. It is a historic moment where Uzbekistan will modernize entire agricultural system.

What are other ways of combating individual cases of forced labor?

Mechanization, of course. But at the same time, people need jobs and income. What our monitoring shows that for many people, especially women in rural area, cotton picking is an important source of income. Almost 40% of pickers in 2019 said that cotton picking is a 100% of their cash income. Mechanized harvesting will replace humans which in a long term might be a solution, but in a short term it could have a negative social impact.

Social pressure is an interesting case because it is not a violation of ILO conventions. Let’s say one feels that other members of makhalla might think he/she is not a good Uzbek, if they don’t pick cotton. Nobody will lose job; one just feels that someone will look at somebody different way. That is not a forced labor.

The report alluded to the necessity of increasing the number of formal contracts. What change this mechanism might bring to the harvest season?

However, the case we have seen in other countries, not in Uzbekistan that if you push the issue of formal contracts too hard, you just end up with a lot of paper that one might not even have read.

Can you list achievements of 2019 cotton harvesting season based on the recommendations of 2018 report?

We have a number of positive developments. Firstly, wages were increased. Secondly, living and working conditions for pickers who picked cotton outside their own areas have improved.

Ministry of Employment and Labor Relations of Uzbekistan organized a number of tent villages where they provided decent accommodations, food and even entertainment, in some cases. Our monitoring for 2019 shows that 97% of pickers said that the living and working conditions better than in 2018.

Another thing that is incredibly positive is continued openness toward journalists, blogers, and people, in general, can express themselves more freely now. This means that reporters can play a role as a watchdog. One they can report on violations, two – they have help raise awareness.

Working with civil society is yet another positive change. In 2019, we as ILO, only monitored using local Uzbekistani human rights activists. These people are not affiliated with any government structure. This gives credibility to the monitoring. Moreover, the government allowed human rights activists to do their job. Generally speaking, we did not see any case of harassment or intimidation.

I think the fact that the Ministry of Employment and Labor Relations organized this conference is a sign of confidence. I really feel the difference while speaking to government officials. Nobody is trying to pretend or hide the problem. I have not met a single government official in the last 24 months who has said to me: “There is no forced labor”. These conferences are testimony to the increased confidence to take questions. They [officials] can handle criticism and ambiguity.

In 2018, the ILO TPM conducted over 11,000 interviews across all provinces and districts of Uzbekistan. What are the figures in 2019?

We conducted around 7,000. The reason for that is that in 2018 we did a number of studies on educational and healthcare institutions. In the past, there was a massive recruitment of teachers, nurses, doctors and so on.

In 2018, ILO investigated over 2,000 cases of alleged forced labor. Out of them 206 officials and managers were sanctioned. What are the figures of 2019 cotton harvest season?

We see a similar number of cases being reported to the Ministry, but we see a slightly a higher number of people being punished – 259 – and I think it is a sign that things are moving toward the right direction. These people were faced 10 times higher fines. Going into 2020, the government will be enforcing criminalization.

Back in March 2019 U.S. Department of Labor removed Uzbek Cotton from the list of products requiring federal contractor certification as to Federal Contractor Certification as to Forced or Indentured Child Labor Pursuant. What subsequent steps bоth parties should take to restore trade relations with American brands?

Uzbekistan has a window of opportunity to position itself as a sourcing destination for textile products. I have received a large amount of phone calls and email from companies that are interested in coming to Uzbekistan and learn more about sourcing of opportunities. The country comes up as a possibility for many of these brands.

What do you need to do next? I think it is important for the government to do what they are doing already which is to engage with international community, to understand the reasoning for having the pledge in place and continue negotiations to get the pledge removed.

The Report highlighted strong political commitment and clear communication from the government of Uzbekistan to eradicate forced labor. The President of Uzbekistan Shavkat Mirziyoyev in his speech on Constitution Day reiterated that reforms, including in the area of combating forced labor are irreversible. How do you perceive this message addressed to the international community?

Statements like that are incredibly important because it clearly shows the political commitment of the President and the rest of the government. There is no grey here, there black & white: forced labor is unacceptable.

Representatives of Diplomatic Corps in U...

Representatives of diplomatic corps accredited in Uzbekistan who attended the event on the... 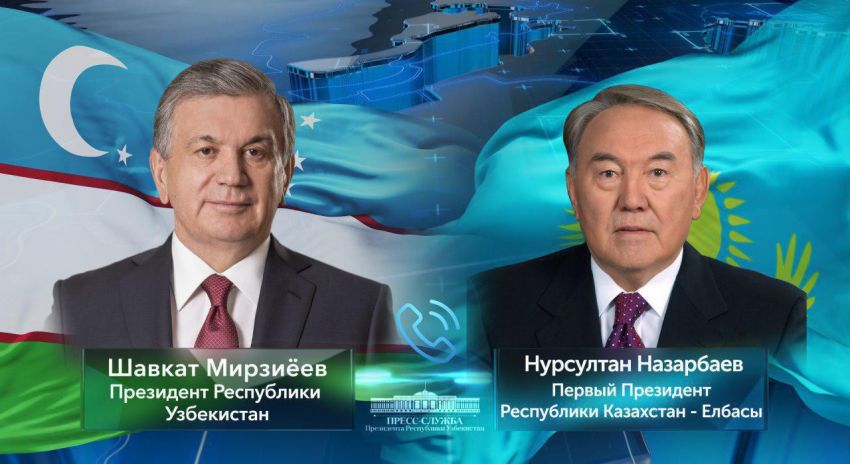 President of Uzbekistan on the phone con...

Yesterday, President Shavkat Mirziyoyev has had a telephone conversation with the First Pr... 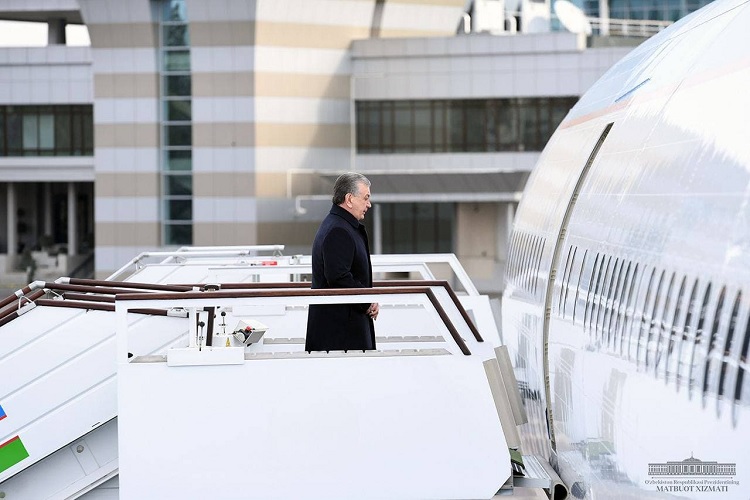 President of Uzbekistan departs for Bukh...