MIFT: As a result of the Regional Intersectoral Industrial Fair was held in the Chirchik city, 596 cooperation agreements worth more than 666 billion soums were concluded 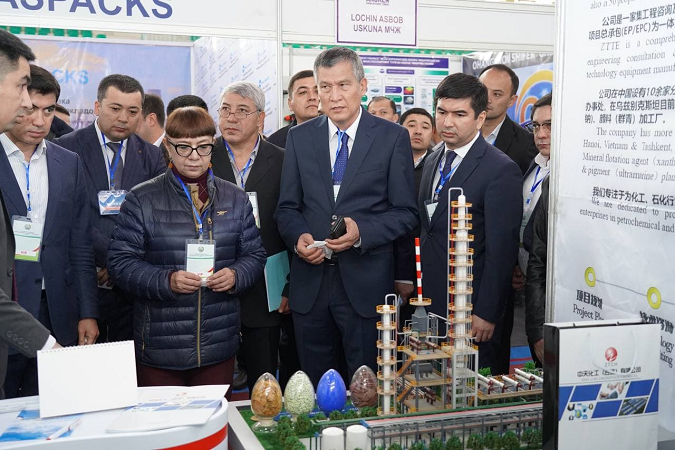 TASHKENT, December 1. /“Dunyo” IA/. Another Regional Intersectoral Industrial Fair was held in the Chirchik city of the Tashkent region, organized by the Ministry of Investments and Foreign Trade (MIFT) with the assistance of the city's khokimiyat and Almalyk Mining and Metallurgical Complex, reports “Dunyo” IA correspondent.

According to the MIFT, еhe event was attended by representatives of the Presidential Administration of the Republic of Uzbekistan, the leadership of the Ministry of Investments and Foreign Trade, the khokimiyat of Chirchik city, as well as domestic manufacturers and entrepreneurs.

More than 4.4 thousand types of products manufactured at the production facilities of about 1,000 enterprises engaged in the metallurgical, chemical, electric power, electrical engineering, machine-building spheres, production of building materials, agricultural machinery and other industries were presented at the fair.

The fair is organized to support local producers, develop industrial cooperation ties and create value chains, get acquainted with a wide range of products of local enterprises, as well as establish direct links between business representatives in various fields.

Within the framework of the fair, expositions of import-substituting products, whose manufacture is localized in Uzbekistan, and presentations of promising investment projects were held.

As a result of the event, 596 cooperation agreements worth more than 666 billion soums were concluded through the Electronic Cooperation Portal platform under the Ministry of Investments and Foreign Trade. In addition, 179 agreements were signed on the implementation of joint projects for the production of import-substituting products.

Why Uzbekistan should develop creative e...

“Dunyo” Information Agency correspondent met with Mr. Newbigin to discuss the notion, its ...

The field of statistics in Uzbekistan will change.