MIFT: The development of a new partnership program of the World Bank with Uzbekistan was discussed

TASHKENT, May 18. /“Dunyo” IA/. Yesterday, the Deputy Prime Minister of the Republic of Uzbekistan, Minister of Investments and Foreign Trade Sardor Umurzakov has met with the World Bank delegation led by the Vice President for Europe and Central Asia Anna Bjerde, reports “Dunyo” IA correspondent.

According to the MIFT, the parties discussed the current state and prospects for the development of the partnership.

World Bank Vice President highly appreciated the significance of the economic reforms being carried out in Uzbekistan and confirmed the commitment of the World Bank to further strengthen multifaceted cooperation with Uzbekistan to ensure sustainable development of the country.

The parties also discussed the development of a new partnership program of the World Bank with Uzbekistan for 2022-2026, which will be based on the priority areas of the country’s reform program.

The Bank’s leadership indicated its readiness to provide practical support for the implementation of the Mazar-i-Sharif – Kabul – Peshawar railway construction project and to attract other international financial institutions to participate in the project.

The parties agreed to accelerate the joint development of new projects aimed at supporting rural entrepreneurship, as well as urban development and urbanization with a view to their approval by the Bank by the end of this year.

An agreement was reached on the provision of technical assistance by the World Bank for the effective implementation of industrial policy in the regions and the development of a new strategy for promoting export products to foreign markets.

On December 11, the Uzbek-Italian busine...

The companies, banks and enterprises of Uzbekistan and Italy are invited to take part in t... 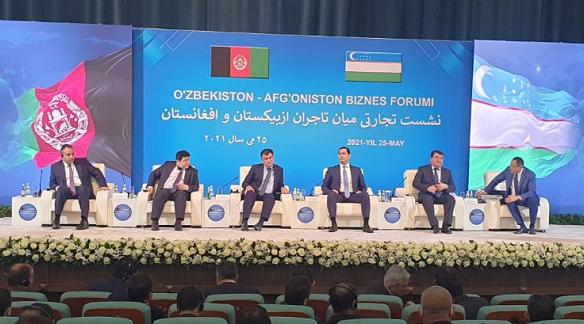 Yesterday, Uzbekistan – Afghanistan business forum has kicked off in Termez Palace of Arts...

Rapprochement and establishment of direct interaction between the businesspeople of Uzbeki...