Next week, the President of Uzbekistan will host the chairman-in-office of the OSCE, the Minister of Foreign Affairs of Sweden, Ms.Ann Christin Linde and hold an online summit with Prime Minister Pakistan Imran Khan

First of all, the results of the past busy week were summed up, during which the President of the country held meetings with foreign delegations, important meetings.

The Press Secretary of the Head of state announced the additional details that were not included in the official press releases:

“In particular, on April 5, the meeting with the Minister of Foreign Affairs of the Islamic Republic of Iran Mr.Mohammad Javad Zarif was held.

Iran is our traditional partner, a state with great economic and intellectual potential. In the recent years, bilateral relations have intensified. Since 2019, a simplified procedure for obtaining a visa to Uzbekistan has been in effect for Iranian citizens.

At the meeting, it was noted that in 2020 the trade turnover between the two countries amounted to more than $ 250 million, the number of joint ventures increased 3 fold, a number of new investment projects $ 61 million worth are being implemented in such domains as agriculture, the food industry, and pharmaceuticals.

The agreement on expanding cooperation on security and countering terrorism was reached. By the way, for the first time, our countries have established a mechanism for consultations between the Security councils.

The Minister Zarif expressed his readiness to attend the high-level international conference "Central and South Asia: Regional Connectivity. Challenges and Opportunities”, scheduled for July 15-16 in Tashkent.

On April 5, another important meeting was held with a delegation headed by the Minister of Industry and Trade of the Russian Federation Denis Manturov.

As you are aware, the big industrial week "Innoprom" was held in Tashkent for the first time recently. The exhibition demonstrated the great interest of Russian entrepreneurs for the products of our enterprises.

It was noted at the meeting that the exhibition will become a reliable platform for launching new cooperation projects. The sides specifically discussed such projects. An important role in their implementation will be played by the Project Office organised between the Ministry of Investment and Foreign Trade of Uzbekistan and the Ministry of Industry and Trade of Russia.

It was stressed that, depending on the epidemiological situation, it is forseen to organise the visit of the President of our country to Russia this year, for which the parties are carefully preparing.

In the course of the meeting with the Parliamentary delegation of the Republic of Korea headed by the Speaker of the National Assembly Mr.Park Byung-seok, held on April 6. Our countries reaffirmed the commitment to strengthen multifaceted cooperation.

The Head of our state expressed gratitude to the Korean people for their help in the fight against the coronavirus.

Full support was expressed for Seoul's New Northern Policy and its efforts to establish a lasting peace on the Korean Peninsula.

Our country is interested in studying the effective work of the Korean parliament, primarily in the development of regions and villages, the fight against poverty, industrialisation and digitalisation. In addition, Uzbekistan will fully support the Korean business.

Yesterday, the President chaired a video conference on the development of entrepreneurship and employment of the population.

As you yourself observed yesterday, the meeting was held in an acutely critical spirit, many heads who did not cope with their tasks were removed from their office, and some were reprimanded.

The President called traitors those leaders who hinder the activities of entrepreneurs and the implementation of the reform agenda in general, stressed that such people cannot be tolerated and the punishment will be inevitable.

Specific tasks were set for the full support of entrepreneurs, employment and improving the well-being of citizens included in the “iron”, “women's” and “youth” notebooks. It is emphasized that the demand for their implementation will be the most stringent, so everyone needs to work with a sense of high responsibility and dedication.”

Sherzod Asadov separately focused on the program for the next week:

“On April 13-14, the chairman-in-office of the Organisation for Security and Co-operation in Europe, the Minister of Foreign Affairs of Sweden, Ms.Ann Christin Linde, is expected to pay her visit.

It is envisaged that during the visit, Ms. Ann Linde will be received by the President.

The fact that the OSCE has been carrying out its mission in Uzbekistan for more than 25 years testifies to the dynamic and open interaction of our country with this organisation. This partnership has reached a completely new level due to the large-scale reforms implemented in recent years under the leadership of President Mr. Shavkat Mirziyoyev. We are committed to further enhancing cooperation with this important regional organisation in actively promoting the forseen transformations in all domains of State and public life.

Uzbekistan and Sweden are progressively developing a constructive dialogue and mutually beneficial relations in all areas. They have been particularly intensified in recent years, with political consultations held February this year. We are confident that the visit of Ms. Ann Christine Linde will bring the cooperation between our countries to a new level.

An online summit of President of the Republic of Uzbekistan Mr. Shavkat Mirziyoyev and Prime Minister of the Islamic Republic of Pakistan Mr. Imran Khan is also scheduled for next week.

Uzbekistan and Pakistan share a common history, religion, and culture. In recent years, the ties of friendship between our peoples have been strengthened. Despite the pandemic, contacts and exchanges at various levels are actively continuing. On February 8, a delegation headed by the adviser to the Prime Minister of Pakistan, Mr.Abdul Razak Dawood, will visit Uzbekistan. By the end of 2020, the trade turnover exceeded 123 million dollars. Uzbekistan is interested in increasing trade, economic, transport and logistics cooperation.

During the upcoming talks, the sides will discuss the development of trade, economic and investment cooperation between the two countries, the creation of an effective transport and connectivity infrastructure that will bound Central and South Asia.”

In conclusion, the Press Secretary of the Head of state informed, “that in the efforts to strengthen the cooperation between the Press Service of President and the mass media, we have begun to establish the effective work of the press pool of the President. Representatives of a number of mass media outlets operating in Uzbekistan will be invited to the pool.” 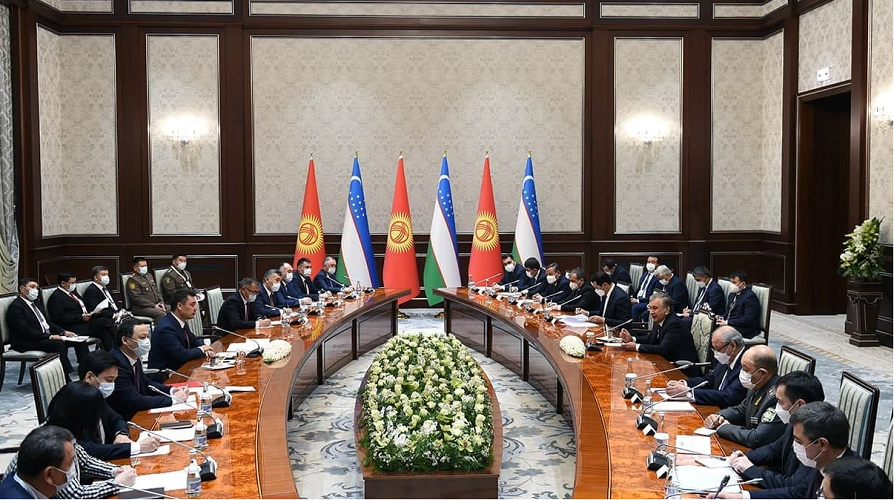 The Presidents of Uzbekistan: There is a...

Yesterday, The negotiations between the President of Uzbekistan Shavkat Mirziyoyev and the... 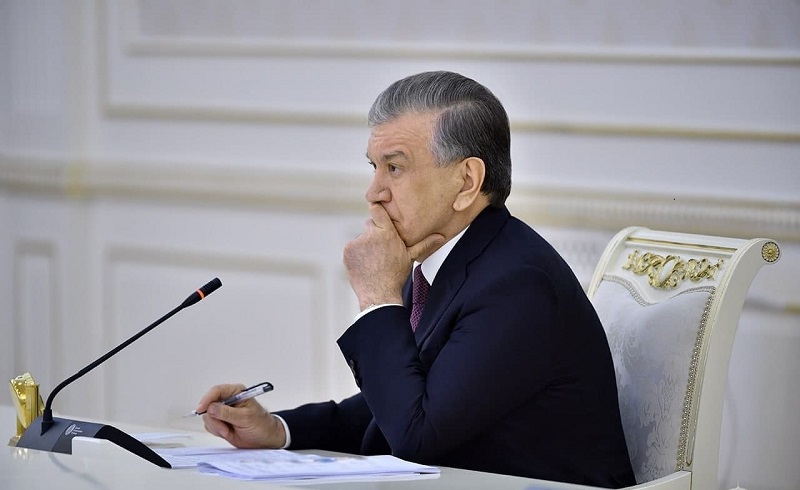 The President of Uzbekistan: A well-main...

Yesterday, a videoconference was held under the chairmanship of the President of Uzbekista... 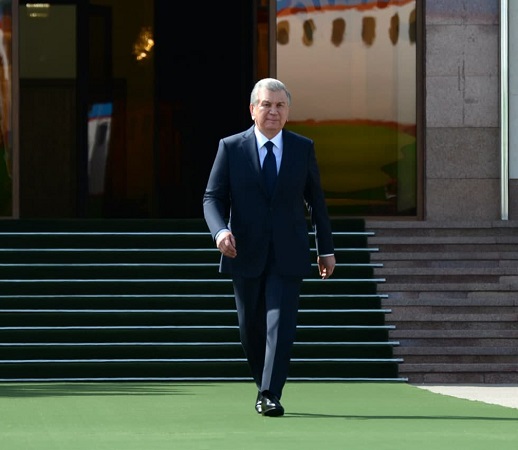