According to the press service of the President of Uzbekistan, a solemn ceremony of presenting credentials by newly appointed ambassadors of foreign states to Uzbekistan took place.

The Head of the state sincerely congratulated the newly appointed ambassadors on the beginning of the diplomatic mission in Uzbekistan.

It was noted that Uzbekistan pays main attention to the development of a constructive dialogue, expansion of mutually beneficial partnerships with foreign states and international organizations.

The President emphasized that Uzbekistan is committed to continuing democratic transformations, ensuring consistency in carrying out comprehensive reforms based on the Development Strategy of the New Uzbekistan.

The main goal of the Development Strategy is to ensure the rights, freedoms and legitimate interests of every citizen of the country, the construction of an open, free society and a just state.

The main task is to turn Uzbekistan into a country with above-average incomes by 2030. In this regard, much attention is paid to deepening market reforms, creating new jobs, supporting the private sector, and widely attracting foreign investment and technology.

Strengthening good-neighborly relations and partnership with the Central Asian states remains one of the priorities.

Uzbekistan is entering a qualitatively new level of multifaceted cooperation with Russia, China, the United States, as well as countries in Europe, South Asia, the Asia-Pacific Region and the Middle East.

As the President stated, we must be open to the world, and the world is open to us – this is the requirement of modern development. A new Concept of Foreign Policy Activity of the Republic of Uzbekistan will be adopted.

The Head of the State called the settlement of the situation in Afghanistan, which is considered as an integral part of the region, the most important factor in ensuring security. Uzbekistan is ready for broad cooperation with the international community to prevent an economic and humanitarian crisis, to help establish peace in a neighboring state, the President stressed.

The Leader of Uzbekistan dwelled on the prospects of full-scale and long-term cooperation with the countries represented by the newly appointed ambassadors.

Latvia is a reliable and important partner of Uzbekistan in Europe, for many years it has been promoting the country’s entry into the Baltic and Scandinavian markets.

Traditionally friendly and mutually beneficial relations have developed between the two states. Latvia provides constant support to Uzbekistan within the framework of international organizations and the European Union.

At the same time, there are still great unrealized opportunities for the development of cooperation. The need for effectively using the potential of trade relations between the two countries, actively promoting joint projects and programs in transport, agriculture, pharmaceuticals, textile industry, tourism was noted.

The visits of high-level Latvian delegations to Uzbekistan planned in 2022 will open up new opportunities for enhancing cooperation.

The Leader of Uzbekistan noted with satisfaction that in recent years, bilateral relations with Hungary, based on centuries-old historical proximity and close ties of our peoples, have been characterized by progressive development.

During the visit of Hungarian Prime Minister Viktor Orbán to Uzbekistan in March this year, cooperation between Uzbekistan and Hungary reached the level of strategic partnership.

Confidence was expressed that the continuation of a constructive dialogue between the leaders of the two countries will contribute to the further development of interstate relations.

In recent years, the trade turnover has doubled. Joint projects with leading Hungarian companies are being successfully implemented.

A mechanism of interregional cooperation has been created. In June this year, the first Forum of Rectors of Universities of the two countries was successfully held. Since September, students from Uzbekistan have started studying in Hungarian universities within the framework of the Hungaricum program.

The need for enhancing cooperation in such important areas as agriculture, animal husbandry, mechanical engineering, pharmaceuticals, logistics and tourism was noted.

France, which enjoys great prestige in the international arena and has significant economic potential, is one of Uzbekistan’s key partners in the European Union.

An official high-level visit to France in 2018 and telephone talks with President Emmanuel Macron in August this year contributed to the comprehensive strengthening of relations between Uzbekistan and France.

Several mutually beneficial projects are being implemented in Uzbekistan together with French companies. They include the production of Renault cars in Jizzakh region, modernization of energy facilities with EDF, communal infrastructure with the participation of Veolia, construction of a solar power plant with Total Eren.

The President of Uzbekistan also highly appreciated the cooperation with the French Development Agency, which assists Uzbekistan in the implementation of socio-economic projects and programs.

The interest in the implementation of promising projects in the innovative, agricultural, mining, medical, educational, tourism spheres, the expansion of cultural and humanitarian ties was confirmed. As it was noted, an exhibition dedicated to the cultural heritage of Uzbekistan will be held in Louvre Museum in 2022.

The Head of the state expressed confidence that during the French presidency of the EU Council in the first half of 2022, the multifaceted ties of Uzbekistan with the EU member states will further strengthen.

Saudi Arabia is an important partner of Uzbekistan, which has great authority and financial-economic potential not only in Arab-Muslim countries, but also around the world.

The meetings with the Custodian of the Two Holy Mosques, King of Saudi Arabia Salman Al Saud and Crown Prince Mohammed Al Saud, gave an additional impetus to the development of bilateral relations, the President stressed.

An important contribution to the expansion and deepening of Uzbekistan – Saudi Arabia cooperation was made by the visits of Foreign Minister Prince Faisal and Minister of Investment Khalid Al-Falih to Uzbekistan, which took place this year.

The President expressed satisfaction with the successful implementation of major energy projects in the regions of the country jointly with ACWA Power Company.

The Saudi Fund for Development also provides significant financial support in the implementation of socio-economic reforms in Uzbekistan.

The importance of enhancing trade-economic and investment cooperation, promoting new projects with Saudi companies was noted.

Following the ceremony, the President of Uzbekistan wished the heads of diplomatic missions of foreign countries great success in fulfilling their responsible and honorable mission to strengthen friendship and multifaceted cooperation with Uzbekistan.

The diplomats expressed gratitude for the warm welcome, conditions created for their productive activities, and noted that they will direct all their strength, knowledge and professional experience to further develop mutually beneficial ties.

At the informal CIS summit the President... 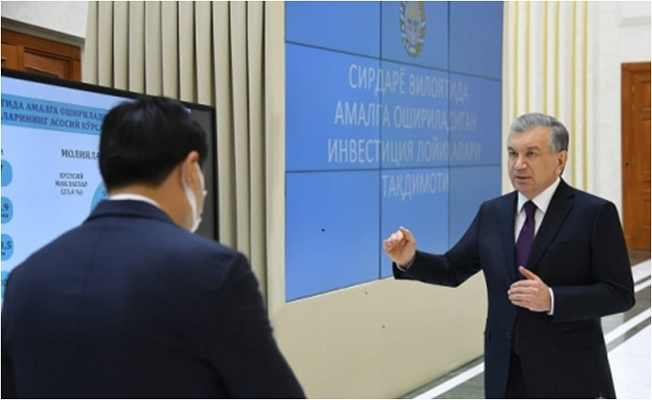 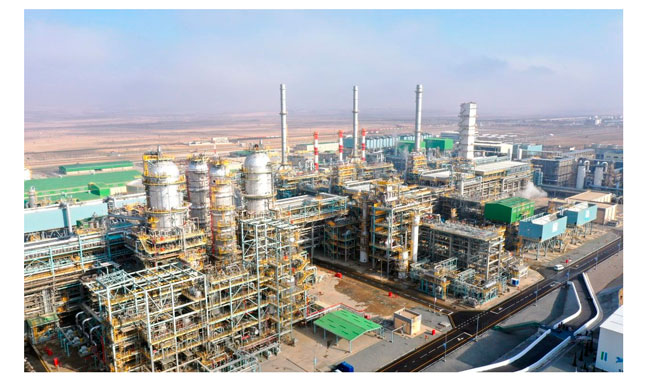 Today, President Shavkat Mirziyoyev has departed for Kashkadarya region to attend the open...