On December 22, elections are in progress in Uzbekistan to the Legislative Chamber of the Oliy Majlis and local kengashes of people’s deputies.

President Shavkat Mirziyoyev, accompanied with family members, arrived at polling station no.162 in Tashkent’s Mirzo-Ulugbek district and cast his vote. 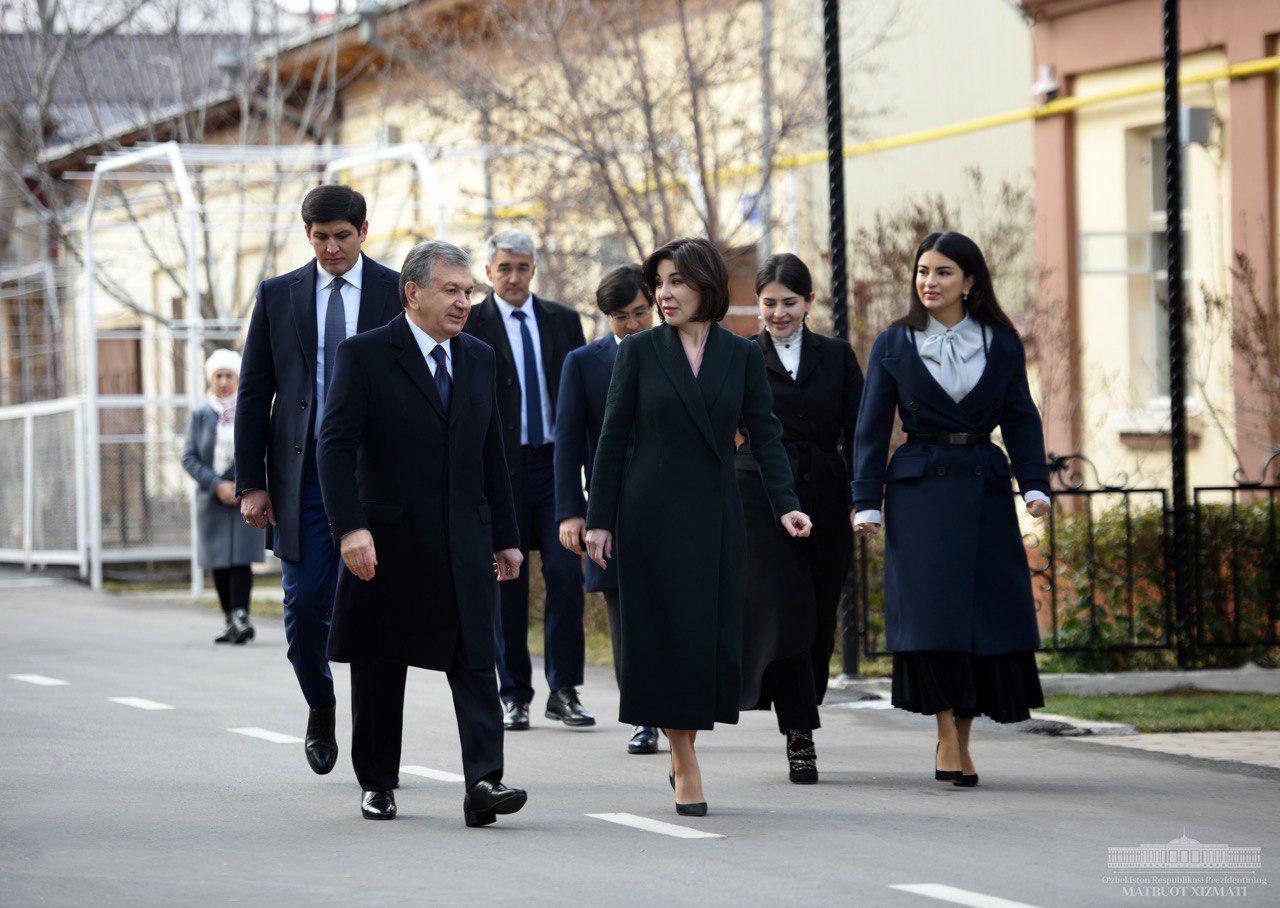 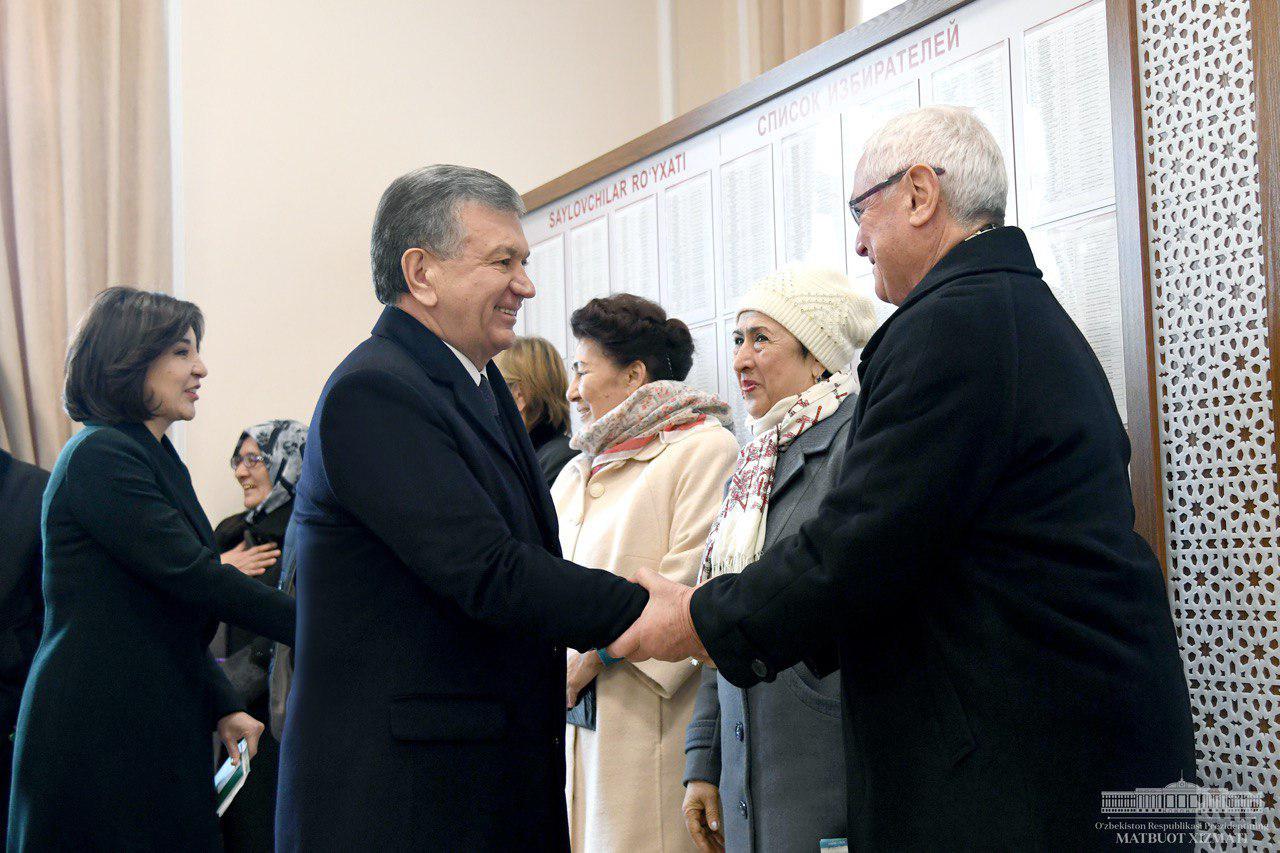 Article 117 of the Constitution entitles the citizens of Uzbekistan to elect and be elected to representative bodies of government. The right to vote, equality and freedom of expression are guaranteed by law. 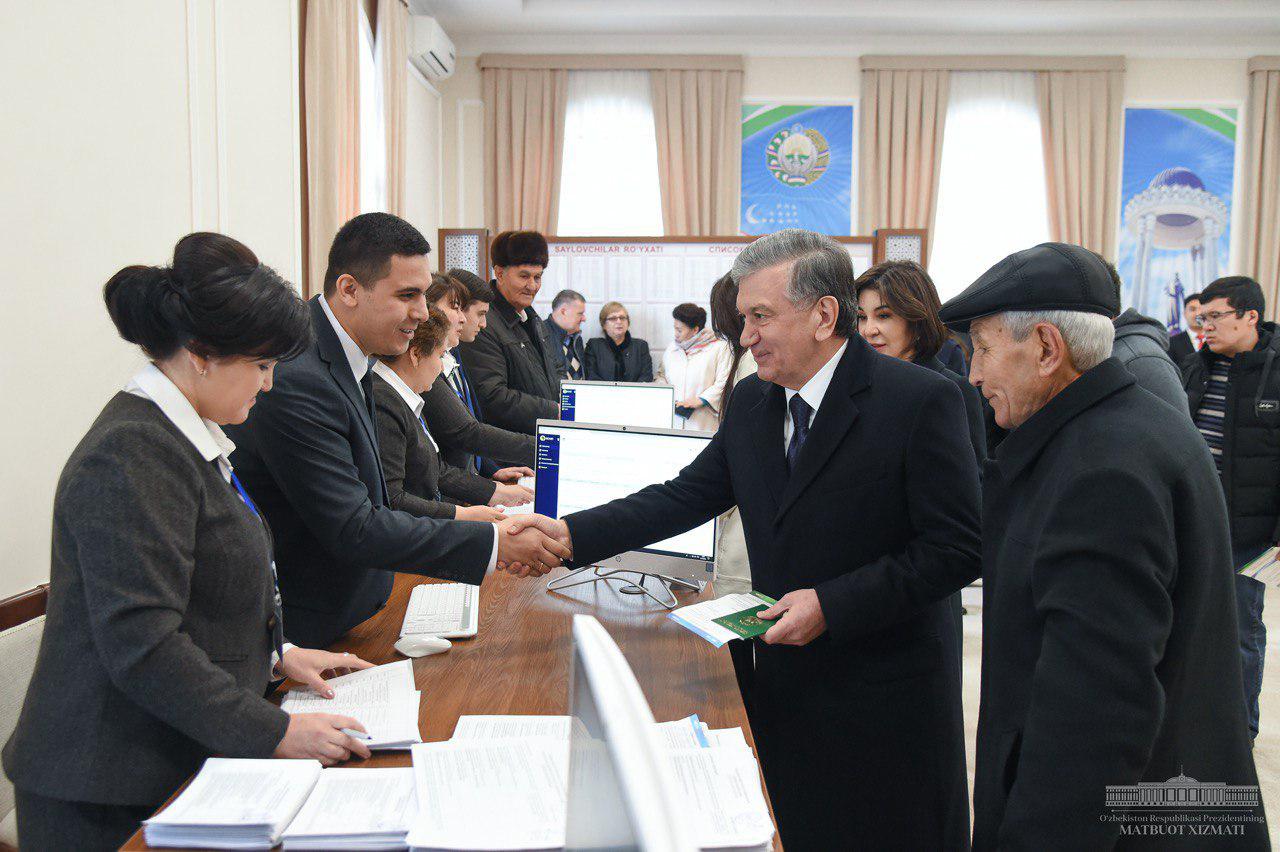 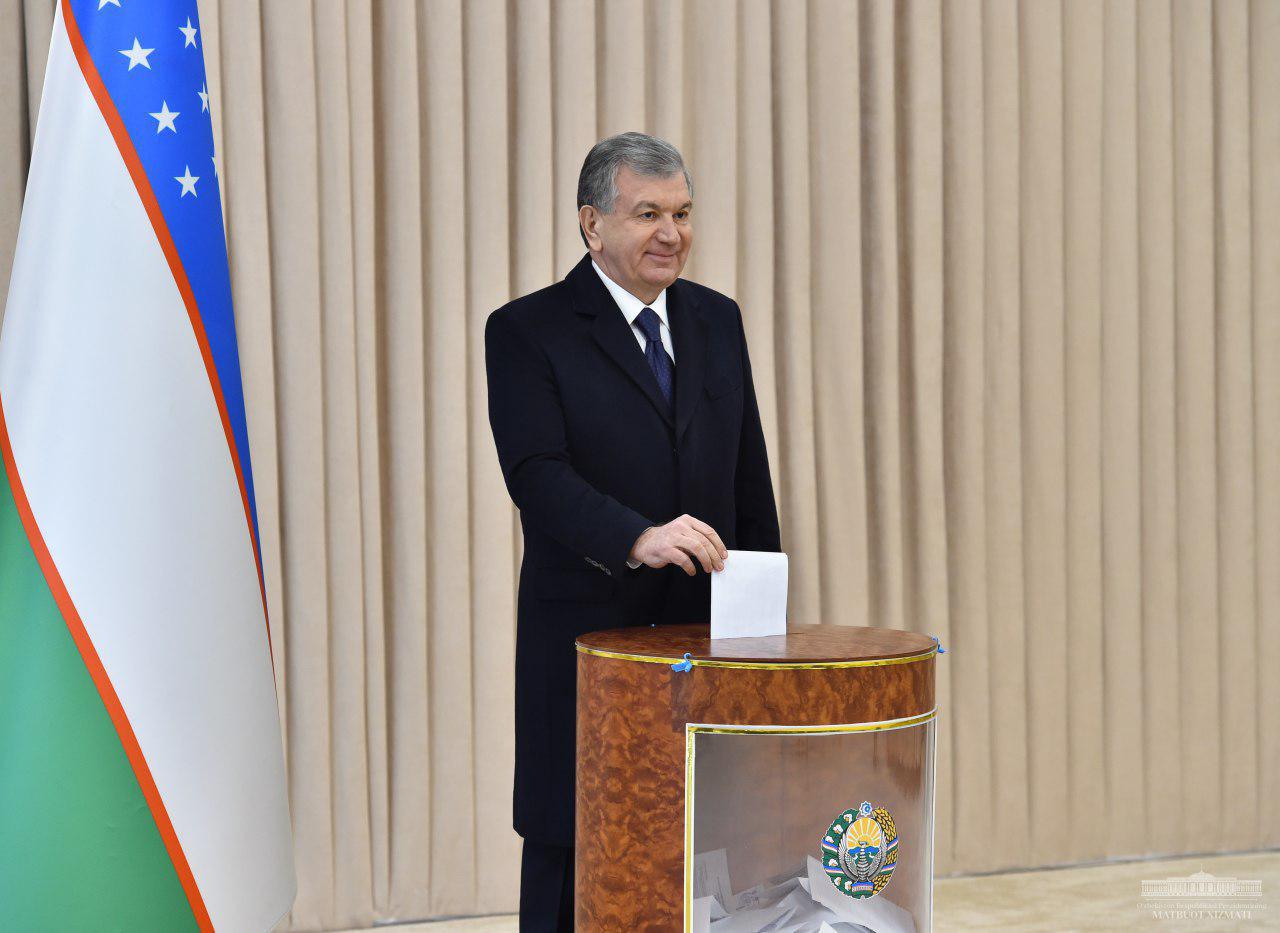 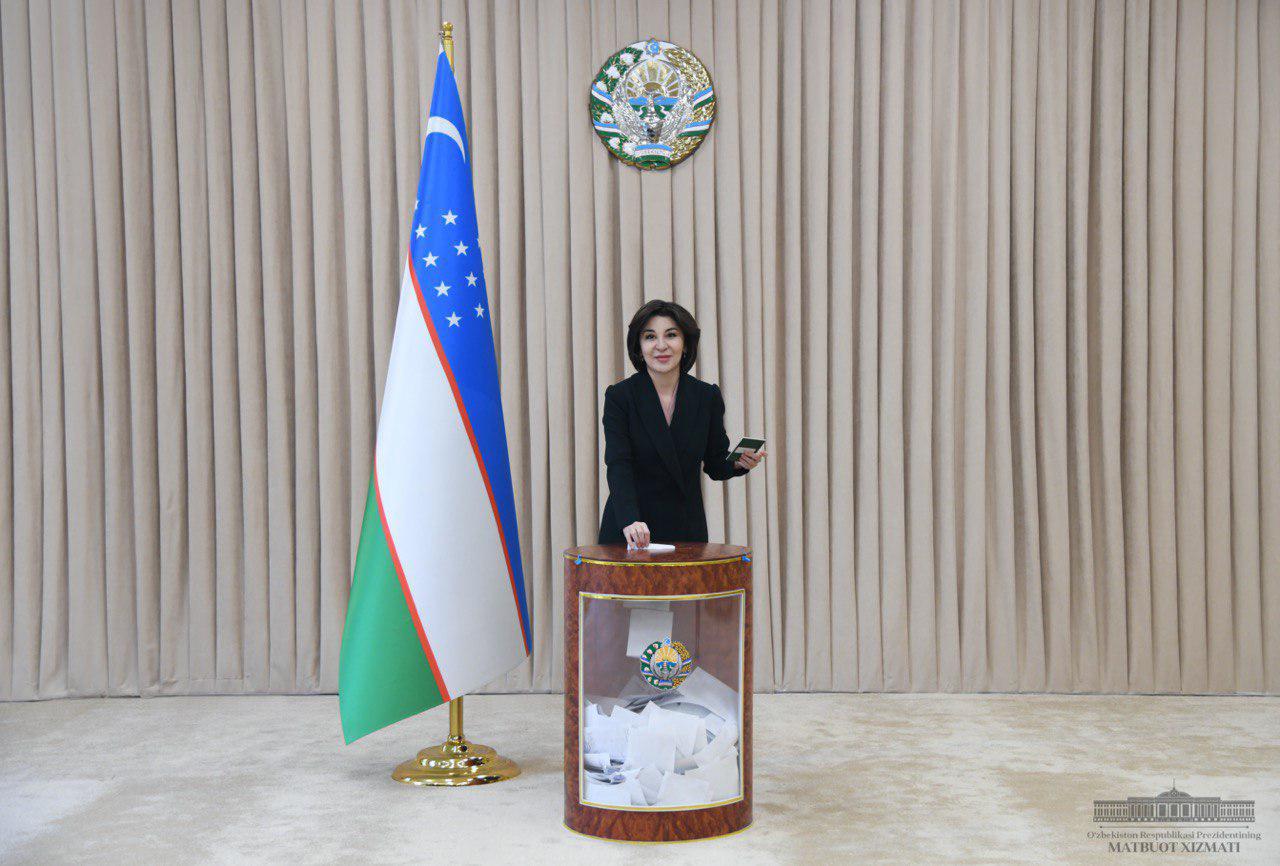 This important socio-political event takes place under the slogan “New Uzbekistan – New Elections”, amid increased political activity of citizenry and in accordance with the new election legislation.

For the first time in the history of Uzbekistan, the Electoral Code was adopted recently, systematizing the norms of 21 electoral laws. A single electronic voter list has been introduced. The quota institution has been forsaken. All five political parties, including the new Ecological Party of Uzbekistan, have been granted equal conditions for healthy competition.

In recent years, owing to the policy of openness and democratic transformation, the Uzbek society has changed, as the current elections clearly show. With a sense of confidence and engagement in the life of the country, citizens come to polling stations and vote for their future.

The head of state has had a talk with those who came to polling station no.162 and posed for a photograph with them. Shavkat Mirziyoyev wished success to the young people voting for the first time, and excellent studies to the children who came with their parents.

The senior generation representatives happened to be at the polling station expressed wishes of peace and harmony for our country and a sound health for the President.

At the electoral venues, all conditions provided for by the national law are delivered. 6,720 constituencies and 10,315 polling stations, including 55 such premises in 38 countries, are created for citizens to vote in the elections. Moreover, the right to vote is granted to persons in places of custody who did not commit serious crimes.

Over 700 foreign and international observers participate in the election observation, including missions from the CIS, SCO, EBRD, The Hague Conference on Private International Law, Turkic Council, TURKPA, as well as the full-fledged mission of the OSCE Office for Democratic Institutions and Human Rights.

President Shavkat Mirziyoyev also spoke with foreign observers and representatives of the media. They noted that the elections are held openly, at a solid organizational level, with a high socio-political activity of citizens. 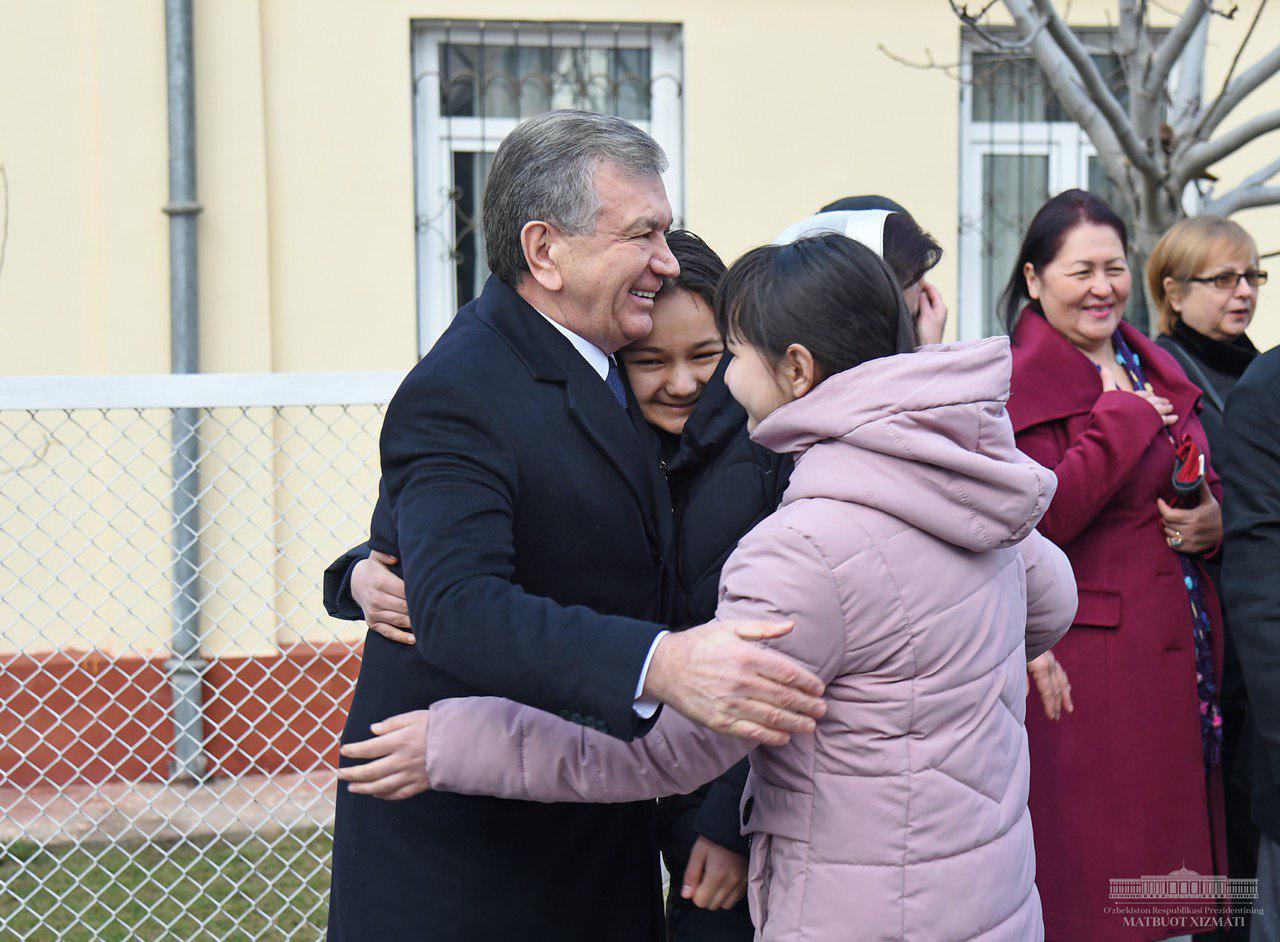 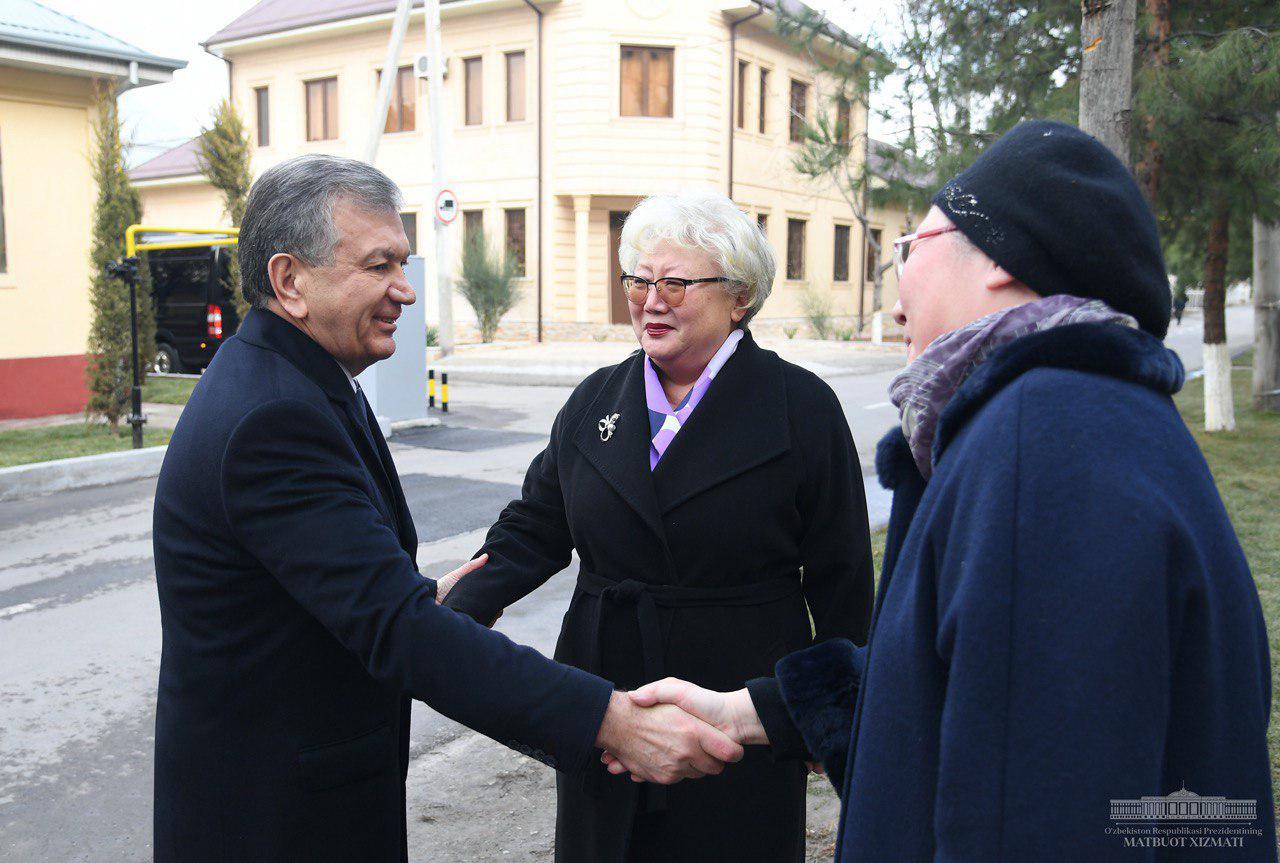 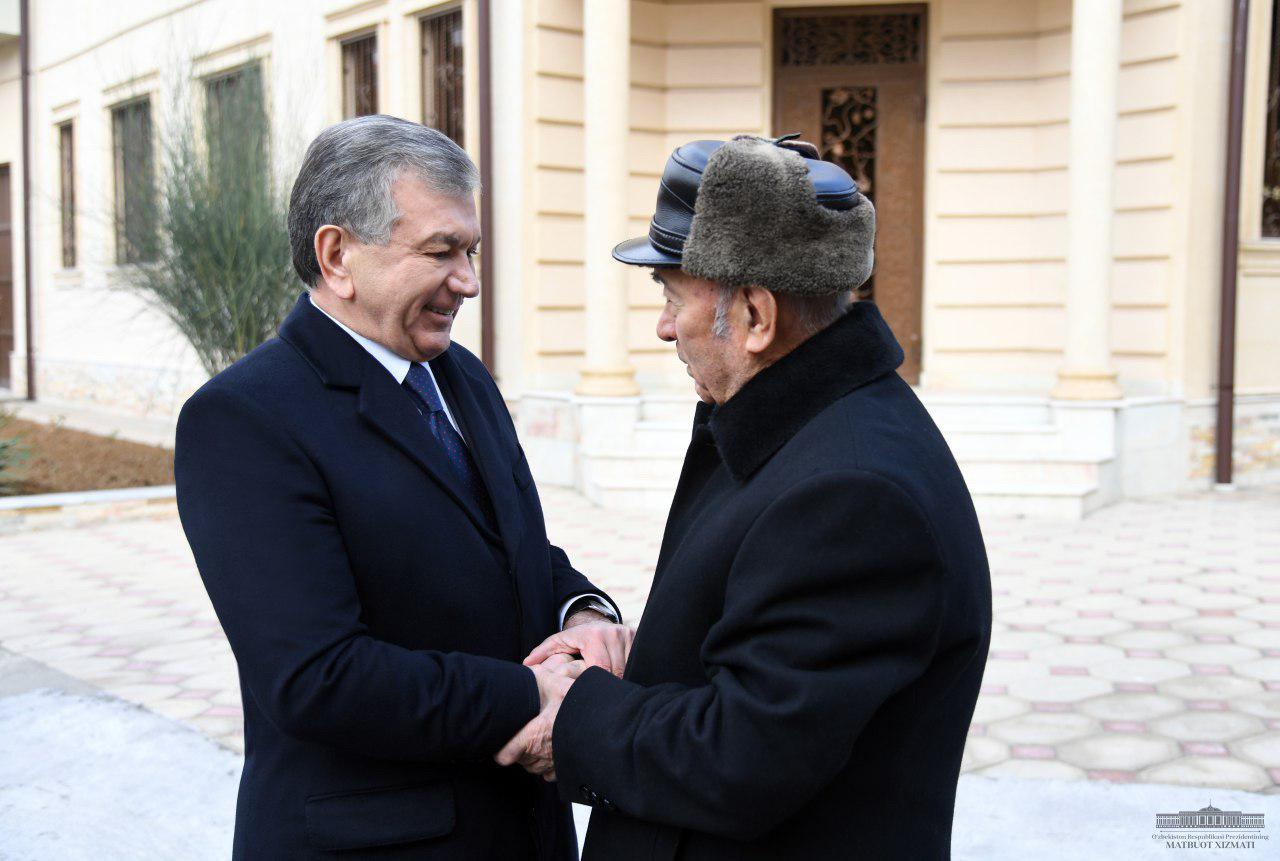 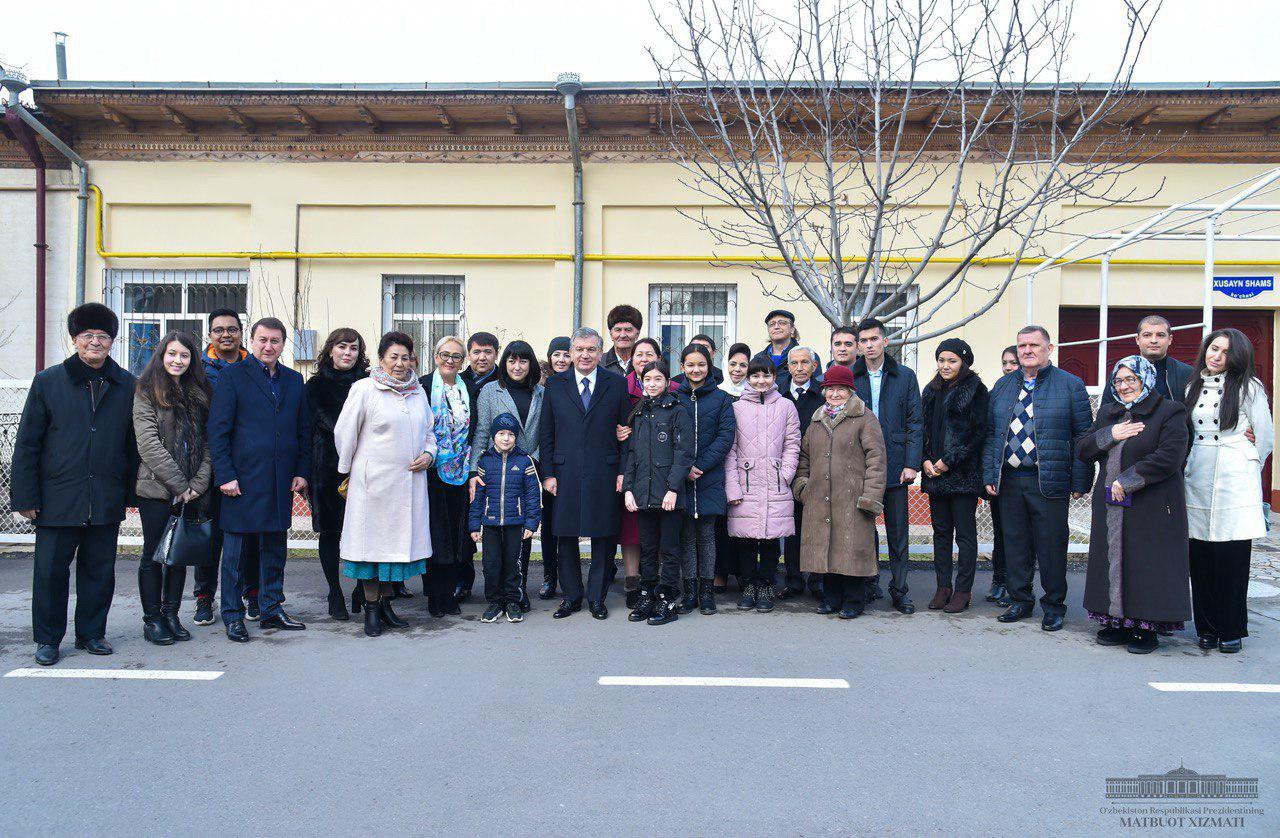 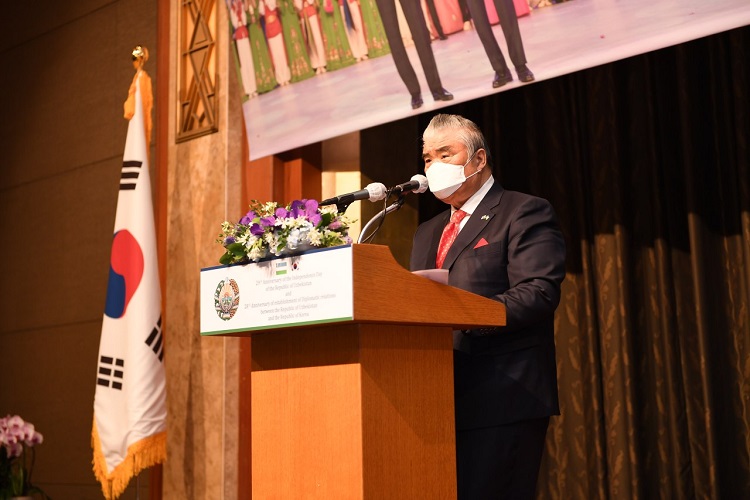 A solemn ceremony dedicated to the 29th ...

A solemn ceremony dedicated to the 29th anniversary of Independence of the Republic of Uzb...

The initiative of the President of Uzbek...

The Consulate General of Uzbekistan in Bangkok has held a meeting with the UN Under-Secret... 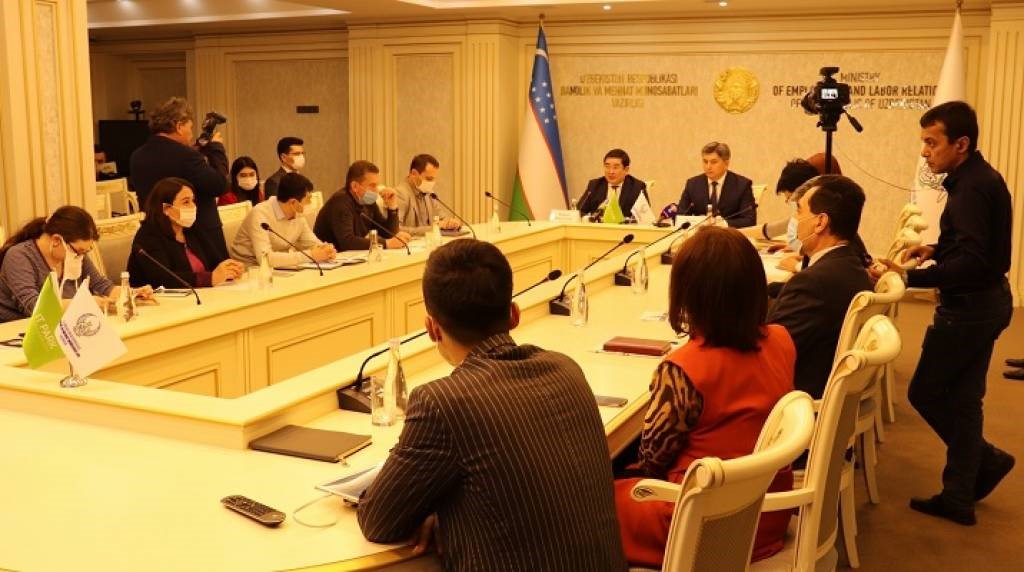 The project provides for training of more than 1,000 IT specialists in 10 areas and assist...