Presidents of Uzbekistan and Azerbaijan note key areas of interaction

According to UzA, the President of Uzbekistan, sincerely welcoming the Azerbaijani delegation, noted that the glorious history of relations between the two peoples has created a solid foundation for the development of multifaceted cooperation.

“We have common spiritual values, religion, similar culture and language”, Shavkat Mirziyoyev said. – Many cities of Azerbaijan, where the mutual influence of eastern and western civilizations took place, are mentioned in the scientific works of Ahmad Fergani and Abu Reyhan Beruni. And the funds of the Institute of Oriental Studies carefully store dozens of unique manuscripts of Azerbaijani poets and thinkers, such as Nizami, Khagani, Tusi, Fizuli, Khatai and others.

This is another evidence that the Uzbek people have been treating Azerbaijani culture with great respect and interest for centuries, the Leader of Uzbekistan emphasized.

“At meetings in a narrow and expanded format, we discussed in detail the issues on the bilateral agenda. The talks once again demonstrated that we are ready to further strengthen interaction in every possible way in the interests of our people. A solid package of documents has just been signed. Among them is the Declaration on deepening strategic partnership and building up comprehensive cooperation, which opens a new stage in bilateral relations. We have also identified key areas of interaction”, Shavkat Mirziyoyev said.

It was noted that the most important priority in cooperation is to increase trade and industrial cooperation. In recent years, the trade turnover has grown significantly. The number of joint ventures and projects has quadrupled.

The parties are sure that there are ample opportunities for a cardinal intensification of interaction, primarily the factor of complementarity of economies.

An example of this is the launch of joint production of cars in Hajigabul and the expansion of cooperation in sericulture. Dozens of new projects are being worked out in the mining industry, petrochemistry, pharmaceuticals, the production of building materials, finished textiles, food products, jewelry, and winemaking.

Another strategic direction is the development of transport communications. Today, the volume of cargo transportation is increasing, including the Baku – Tbilisi – Kars railway. The parties agreed to develop new corridors, increase multimodal transportation, and create favorable conditions for transport companies.

Against the backdrop of growing climate challenges and food security issues, the main attention was paid to the issues of further development of cooperation in agriculture. It was decided to actively share scientific and innovative developments, establish interaction on the digitalization of the agricultural sector, and implement investment projects.

The main attention at the talks was paid to the intensification of interregional ties. Holding the First Forum of Regions in Tashkent this autumn will serve their deepening.

The two countries and peoples have had a lot in common since ancient times in the cultural and humanitarian sphere. Following the talks, a decision was made to hold mutual Culture and Film Days, and to actively develop humanitarian and tourist exchange programs.

“The results of the historic state visit of the President of the Republic of Azerbaijan are truly breakthrough. Today we have formed all the conditions for further strengthening the friendship of the two fraternal peoples and deepening the strategic partnership of our countries”, the President of Uzbekistan emphasized.

President Ilham Aliyev, expressing gratitude for the invitation, noted that he rejoices in the success of Uzbekistan.

“I am very pleased to visit fraternal Uzbekistan, to have the opportunity to discuss with you a wide range of bilateral relations and important issues on the foreign policy agenda”, Ilham Aliyev said. – I think this is a breakthrough visit. Because both, in essence, the form, and content of the topics discussed, according to the decisions we have reached, this visit and agreements will become the basis for the future development of our relations.

The signed documents and the fulfillment of today’s tasks will lead to the fact that relations between our countries will become even stronger, the Azerbaijani Leader said.

“Today we talked about economic interaction, contacts between business structures, security and defense issues, and strengthening cultural and humanitarian ties. That is, in a broad sense, the foundation is being laid for our active interaction”, the President of Azerbaijan said.

The heads of state noted the constructive nature of the dialogue and the importance of mutual support within the framework of international structures. 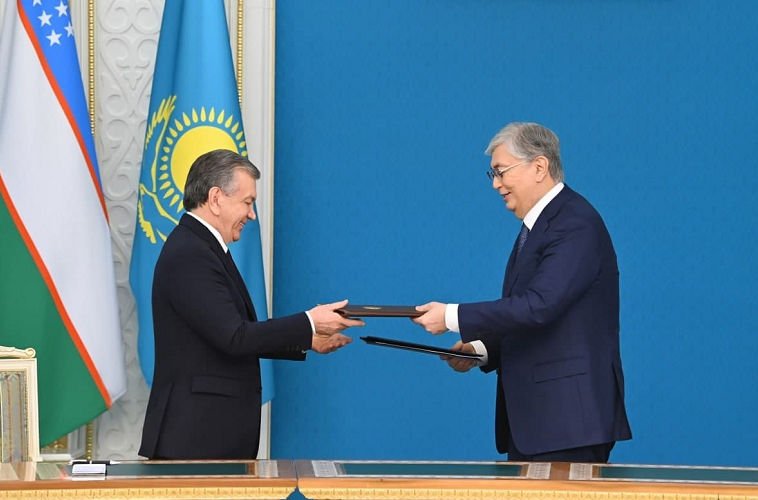 Today, President Shavkat Mirziyoyev held a telephone conversation with the President of Ka... 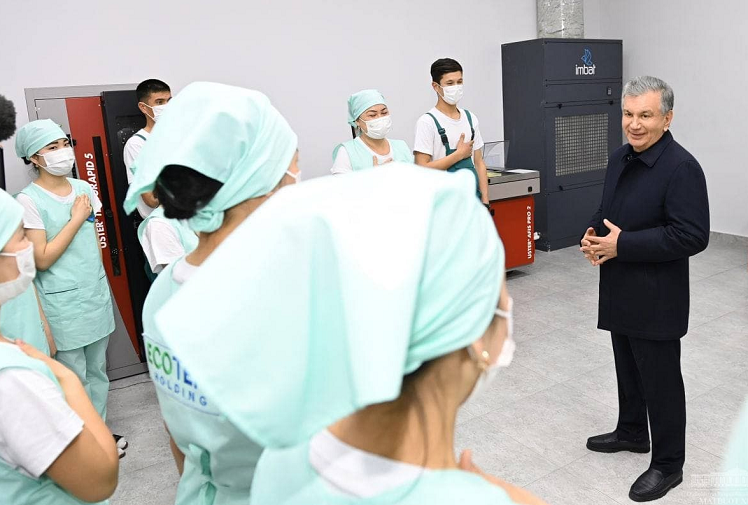 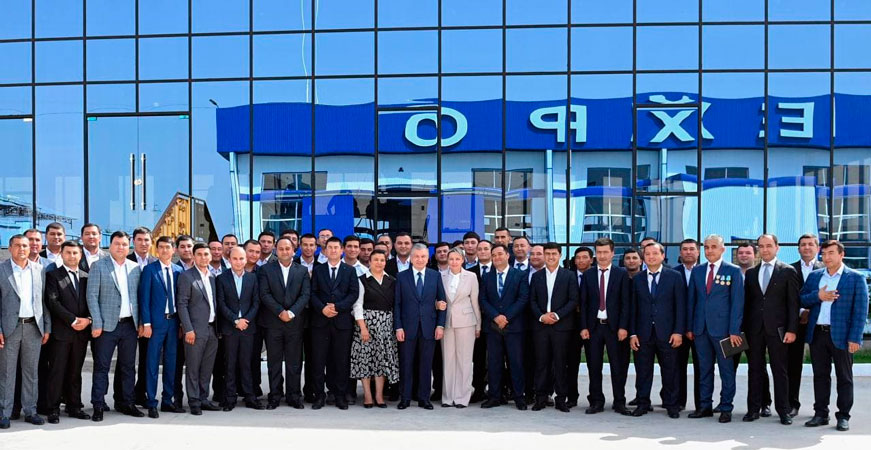 The President of Uzbekistan visited Nama...

Yesterday, President Shavkat Mirziyoyev gets acquainted with enterprises, construction and...