NEW YORK, August 23. /“Dunyo” IA/. During his speech at the seventy-fifth session of the General Assembly, in September 2020, President Shavkat Mirziyoyev proposed to develop under the United Nations auspices an International Code on Voluntary Commitments of States during Pandemics, reports “Dunyo” IA correspondent.

In his address, the head of Uzbekistan said that the current difficult and tense situation has proved the interconnectedness of all states and peoples of the world and called for the consolidation of international efforts, the joint formation of a fair global system that will ensure the fundamental rights and freedoms, health and well-being of every person. Putting forward the initiative to develop such a document under the auspices of the UN, President Shavkat Mirziyoyev drew attention to the fact that it should reflect the obligations of each state to its citizens and international partners.

According to the Permanent Mission of Uzbekistan to the UN, our country has prepared the text of the International Code on Voluntary Commitments of States during Pandemics, which is published as an official document of the 75th session of the UN General Assembly. It has been translated into the six official languages of the United Nations - Arabic, Chinese, English, French, Russian and Spanish, and is widely distributed among all Member States and specialized agencies and agencies of the United Nations.

The Code, published by the UN, emphasizes the importance of cooperation in global responses to pandemics should be based on the principles of unity, solidarity, openness, mutual assistance and the protection of human rights.

Fixing voluntary commitments to countries to prevent and reduce risks during pandemics, the document, in particular, lists the following main measures:

1. Ensure equal access to medical care in accordance with generally accepted rules and standards, equip health-care facilities, and strengthen the capacity of public health services and provide them with the necessary protection and support;

2. Foster awareness and a culture of health and hygiene among the public by ensuring openness and transparency in decision-making and instilling in citizens a sense of responsibility and an understanding of the dangers of pandemics;

4. Support employment by stimulating the economy and supporting businesses, creating additional jobs, safeguarding wages, assisting those who are unemployed or have lost their jobs, especially women and young people, and introducing short-term retraining and professional development programmes;

6. Ensure food security and minimum conditions for the uninterrupted delivery of goods and the operation of food and agricultural trading centres (markets) in compliance with quarantine rules, and impose State and public controls over the pricing of essential goods (such as food, medical devices and medicines);

7. Support international trade between countries, provide additional support to the sectors and areas of the economy that suffer the most as a result of pandemics and stimulate the tourism industry by creating the conditions necessary to boost domestic and cross-border tourism;

9. Prevent restrictions on basic human rights and guarantee the rights of migrant workers, migrants and refugees in host countries, including by providing material and social support to migrant workers who have lost their jobs and maintaining transport and transit corridors to allow migrant workers to return to their home countries;

10. Strengthen international cooperation and mutual assistance in the implementation of economic and humanitarian assistance programmes; the sharing of reliable information on pandemic situations; the suspension or freezing of inter- and intra-State conflicts during pandemics; the consolidation of international efforts towards the development of vaccines; and the promotion of equitable access for all countries to vaccines and medicines.

Earlier, the World Health Organization (WHO) welcomed Uzbekistan's contribution to global efforts to combat the pandemic. Tedros Ghebreyesus, Director-General of the World Health Organization, in his letter to the President of Uzbekistan, extended his gratitude for the foresight and leadership in advancing the development of the draft international code and was impressed by the wide range of tasks set and the practical solutions offered.

The publication of the text of the Code as an official document of the 75th session of the UN General Assembly is undoubtedly an important contribution of Uzbekistan to the international efforts in the fight against the COVID-19 pandemic and in elaborating a global compact. 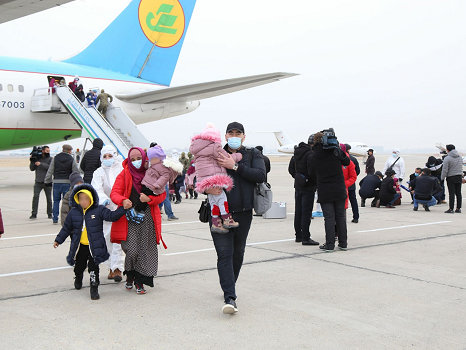 Uzbekistan presented its experience of r...

Uzbekistan's experience in returning 434 women and children from Syria and Iraq was presen... 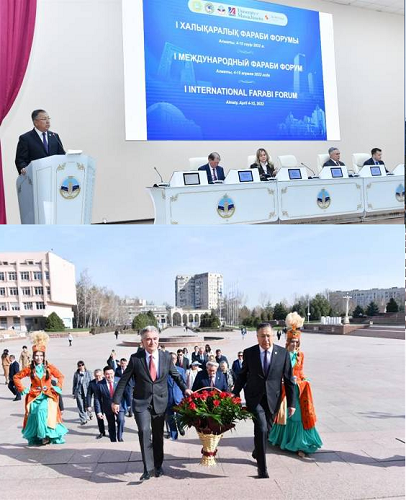 At the invitation of the Al-Farabi Center at the Kazakh National University, Consul Genera... 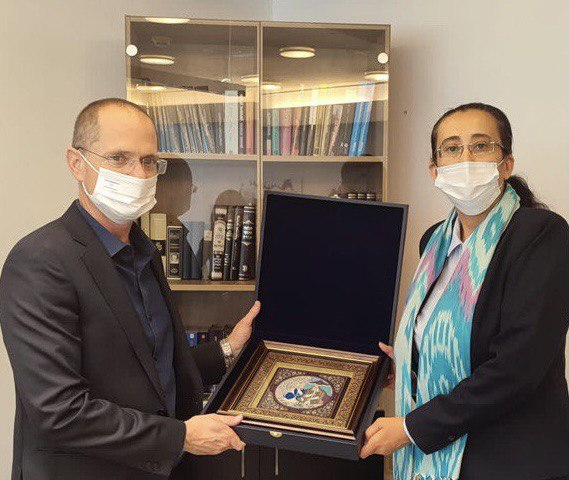 The Ambassador of Uzbekistan Feruza Makhmudova met with the Minister of Agriculture of Isr... 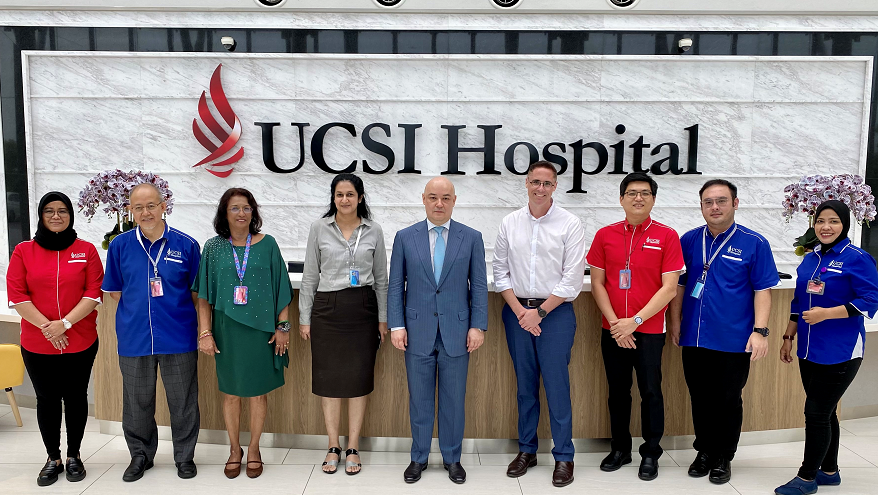 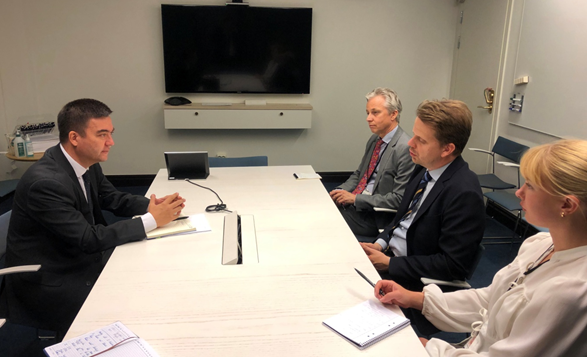 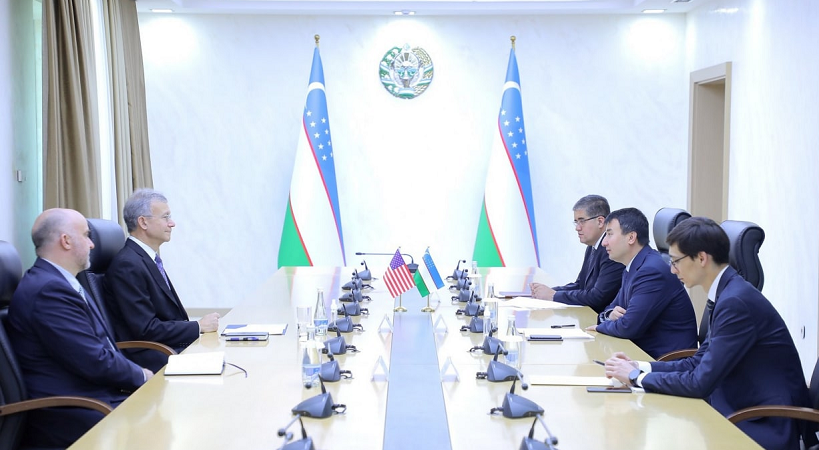 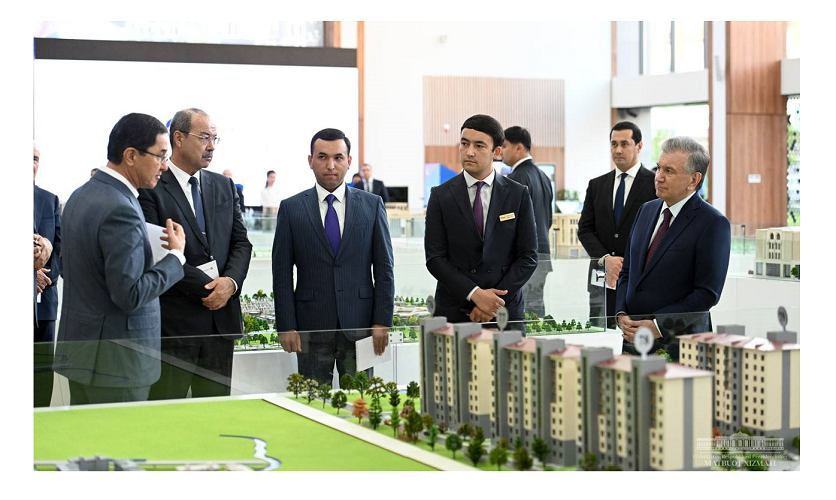 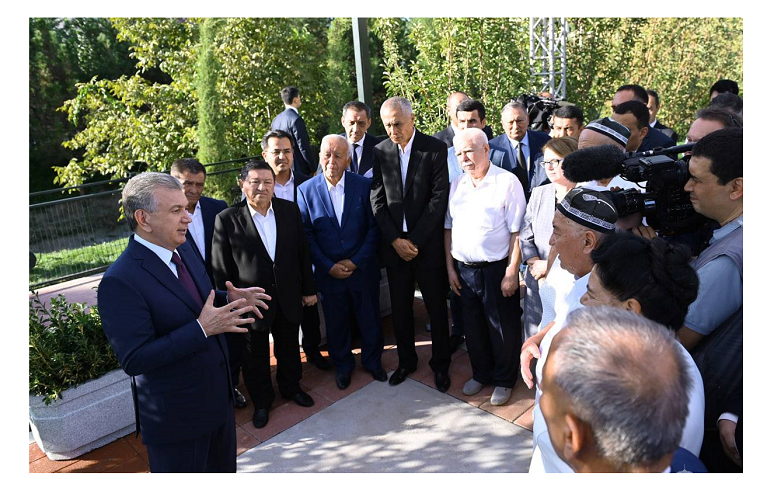 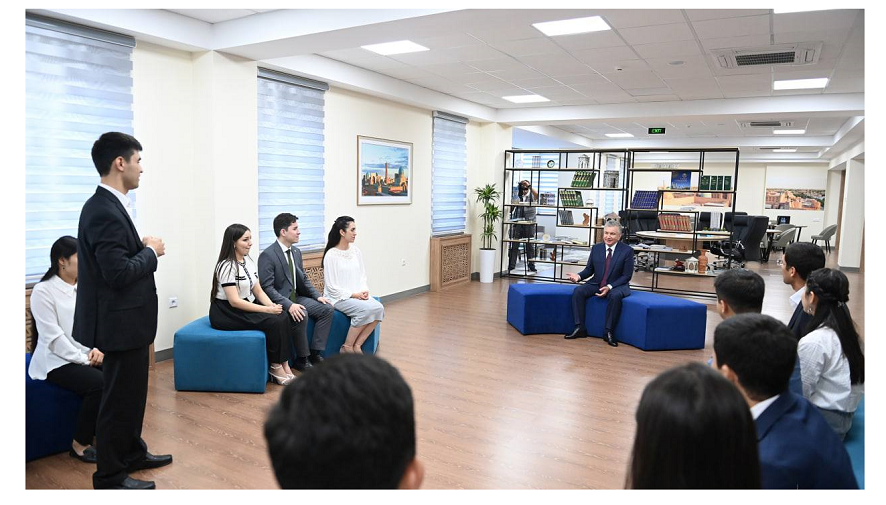 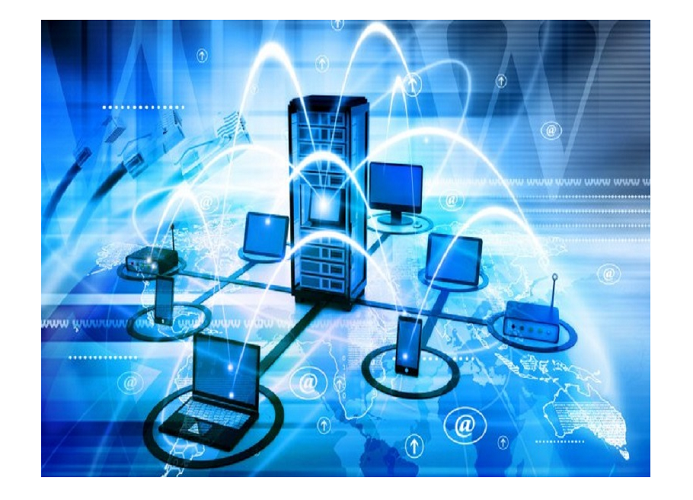 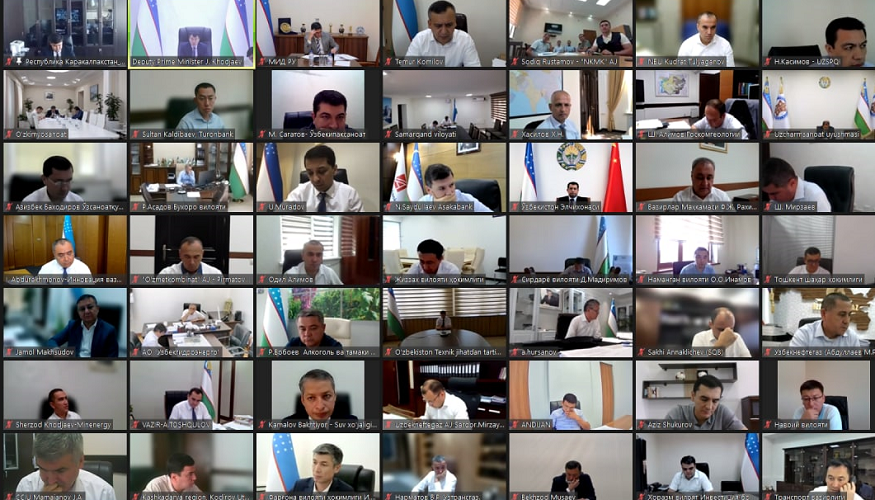 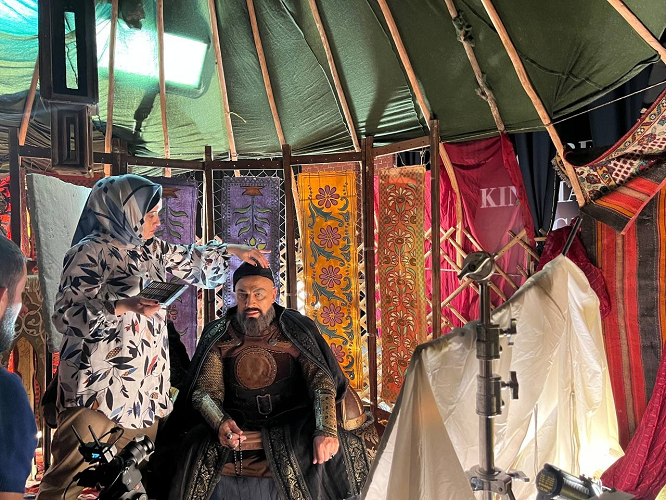 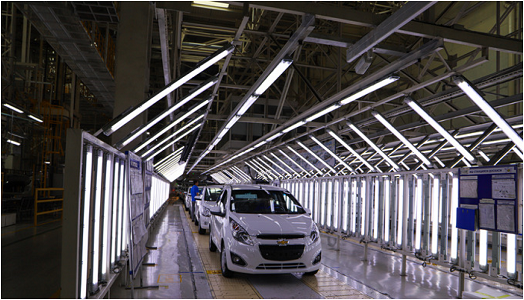 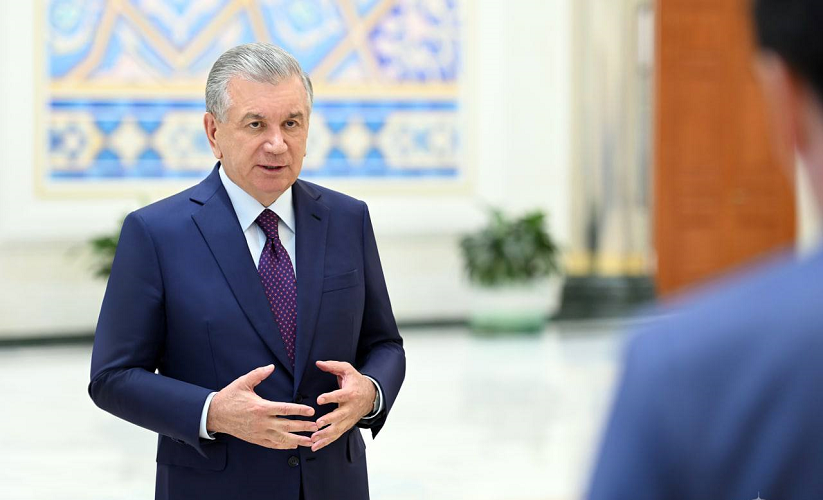 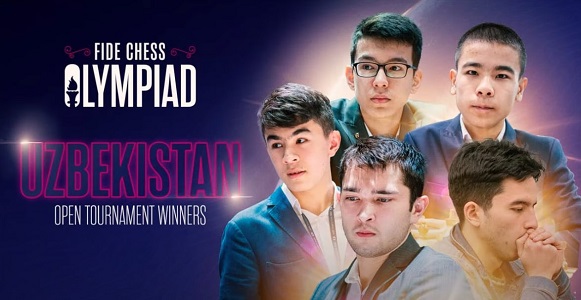 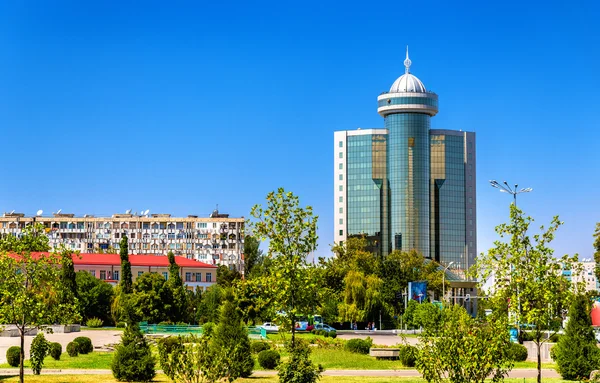 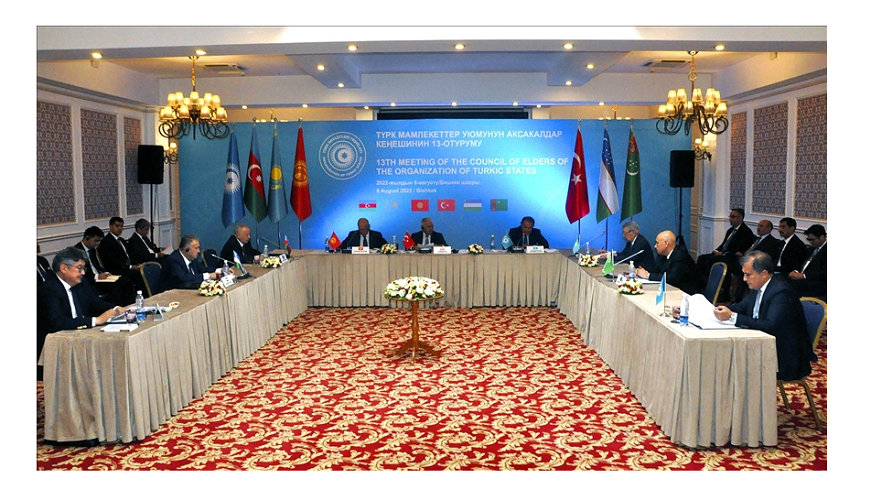 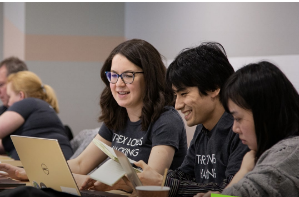 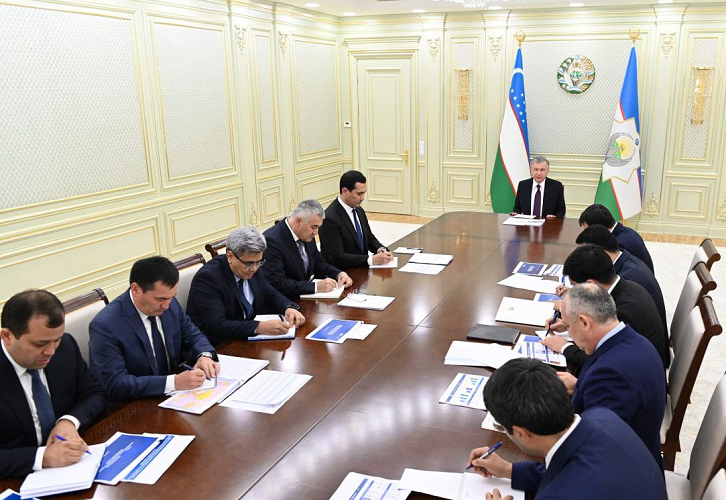 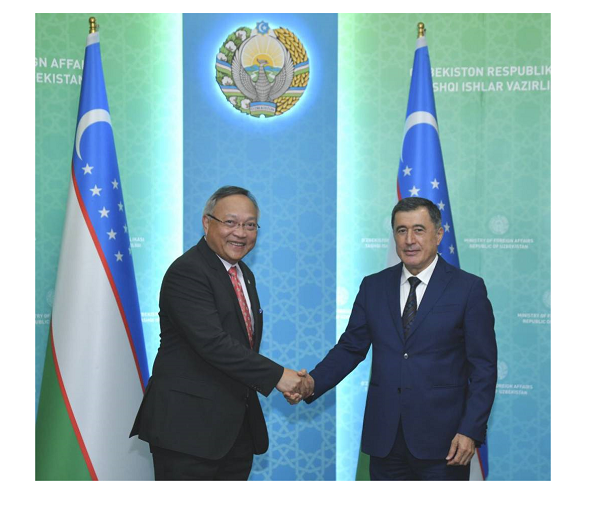