The Economic Times”: Eradicating poverty is a key element of economic reforms of the President of Uzbekistan

DELHI, September 27. / IA "Dunyo" /. The popular Indian newspaper "The Economic Times" published an article dedicated to the speech of the President of the Republic of Uzbekistan Shavkat Mirziyoyev at the 75th session of the UN General Assembly, reports IA "Dunyo" the correspondent.

Below is a full text of the material by the author of "The Economic Times":

- Poverty eradication and improving the quality of life of citizens was the key focus President of Uzbekistan Shavkat Mirziyoyev’s speech at the UN General Assembly. It is understood the Uzbek President like the Indian government has made poverty eradication as a key pillar of his governance.

Poverty eradication is one of the important items on the UN agenda. In adopting the SDGs, UN member states have pledged to implement appropriate social protection systems and measures for all, ensure equal rights to economic resources, increase the resilience of the poor and vulnerable, mobilize significant resources from a variety of sources, create robust strategic development mechanisms at the national, regional and international levels. According to the UN, today more than 700 million people, or 10% of the world's population, still live in extreme poverty.

Earlier in his address to the Oliy Majlis (Parliament) on January 24 this year, the fight against poverty was identified as a priority task by the Uzbek President. It was noted that "poverty reduction requires the implementation of a comprehensive economic and social policy - from stimulating entrepreneurial activity to mobilizing the abilities and potential of the population, creating new jobs."

Participating at the meet through virtual means he highlighted the importance and urgency of global solidarity and support towards ending the COVID-19 pandemic and rebuilding health systems and economies to achieve Universal health coverage (UHC) and Sustainable Development Goals (SDGs).

During the high-level meeting of 75th session of UNGA on 23 September, Mirziyoyev informed the international community in detail about the reforms being carried out in “New Uzbekistan” and put forward more than 10 important and timely initiatives and statements on commitments to universal values and resolving challenges – such as ensuring global solidarity during the pandemic, international security and stability, including prevention of terrorism, protection of human rights, poverty eradication and food security, development of transport and communication infrastructures, environmental issues, preserving cultural heritage and etc.

He referred to stability in Afghanistan as an important condition to ensure not only regional but global security. In this regard, he has addressed the session delegates with proposals to set up a new format of international cooperation on Afghanistan thorough establishing a Permanent Committee at the UN on this issue and to arrange an International Conference in Tashkent dedicated to the 10th anniversary of the adoption of Joint Plan of Action for the Implementation of the UN Global Counter-Terrorism Strategy in Central Asia.

Mirziyoyev has also proposed to organise with UNESCO in the historical city of Uzbekistan – Khiva, in 2021 – the International Forum “Central Asia at the Crossroads of World Civilizations”.

Currently, the Government of Uzbekistan is actively preparing a large-scale program to reduce poverty. The government has launched comprehensive studies, work is underway to develop a national methodology for determining poverty, taking into account the best international practices. International experience in eliminating poverty is being actively studied. All this work will make it possible to form a methodological basis for conducting a comprehensive assessment of poverty in the country, determining the criteria for classifying people as needy. The calculation and approval of the minimum consumer basket and the subsistence level will create the necessary basis for the subsequent adjustment of the social security system, the calculation of benefits, payments to the poor.

In this regard, the initiative of the Government of Uzbekistan on defining the issues of poverty eradication and combating poverty as the main topic of one of the UN General Assembly sessions, as well as holding a Global Summit on this topic, is relevant.

On December 22, elections are in progress in Uzbekistan to the Legislative Chamber of the ... 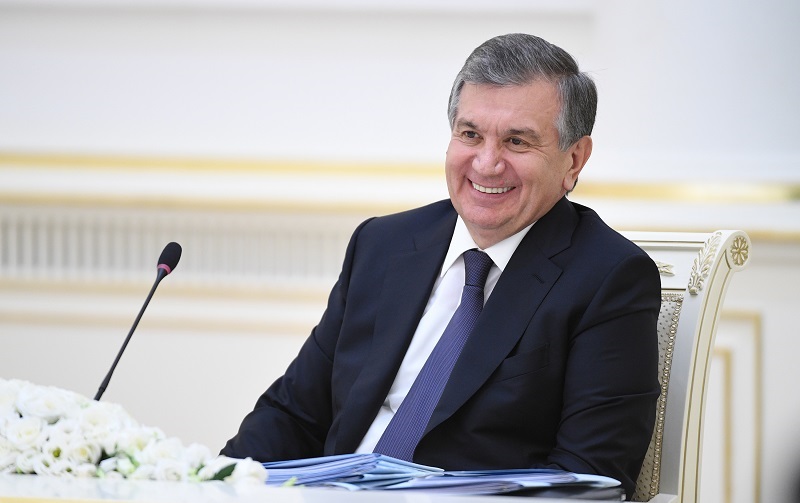 To the participants of the Samarkand For...

Dear participants of the Forum!

42 thousand jobs to be created in Andija...

At a meeting in Andijan, President Shavkat Mirziyoyev deliberated on measures to create ne...