The President of Uzbekistan receives the newly appointed ambassadors of the Republic of Korea, Kyrgyzstan, Algeria, Kazakhstan, United States of America

According to the press service of the Head of our state, President Shavkat Mirziyoyev received credentials from the Ambassadors of the Republic of Korea Kim Hee-sang, Kyrgyzstan Musa Jamanbaev, Algeria Boumediene Guennad, Kazakhstan Beibut Atamkulov, the United States of America Jonathan Henick.

The Head of the state sincerely welcomed the newly appointed ambassadors and congratulated them on the beginning of the diplomatic mission in Uzbekistan.

It was noted that in accordance with the Development Strategy of New Uzbekistan, large-scale and irreversible reforms are being carried out in the country aimed at building a strong democratic constitutional state, a free civil society.

In the conditions of an ambiguous geopolitical situation in the world, Uzbekistan pursues a balanced foreign policy based on trust and respect, mutually beneficial cooperation, strengthens bilateral and multilateral ties with all countries. Relations with the states of Central and South Asia, Europe and America, and the Arab Muslim world have been brought to a new level.

Cooperation with authoritative international and regional organizations and global financial institutions is enhancing. Recently, Samarkand hosted the summits of the Shanghai Cooperation Organization and the Organization of Turkic States at a high level.

Particular attention paid to further implementing the principles of a market economy, active support for the private sector, and the widespread attraction of foreign capital and technology to the country was emphasized. As a result, over the past 5 years, the volume of foreign investments in Uzbekistan’s economy has increased 10 times and approached $40 billion.

“We have set a goal to double the gross domestic product of the country in the next 10 years”, President Shavkat Mirziyoyev noted. – We have the desire and opportunities for this. We expect to increase the volume of investments to $120 billion in the next 5 years, including at least $70 billion of foreign investments. Our country should be open to the world, and global markets should be open to us.

The Head of the state highlighted the prospects for comprehensive and long-term cooperation with the countries represented by the newly appointed ambassadors.

The Republic of Korea is one of the main trade-economic partners of Uzbekistan in the Asia-Pacific region. The relations between the two countries have been raised to the level of a special strategic partnership. Over the past five years, mutual trade has doubled, and this year it has grown by 30 percent, reaching $2 billion.

The volume of Korean investments and the number of joint ventures have also doubled. Today, with the participation of leading companies of this country, about a hundred investment projects worth more than $14 billion are being successfully implemented in Uzbekistan in the textile industry, healthcare, housing construction, geology, pharmaceuticals, metallurgy and automotive industry.

This year, more than 200 thousand representatives of the Korean diaspora are celebrating the 85th anniversary of their residence in Uzbekistan. Their public activities serve as a unique bridge of friendship between the two countries.

The next meeting of the Intergovernmental Commission and the Uzbekistan – Korea Business Forum is scheduled to be held in 2023. The need for effective use of these platforms for the search and development of new areas of cooperation was emphasized.

Addressing the Ambassador of Kyrgyzstan, the Head of the state emphasized that Uzbekistan and fraternal Kyrgyzstan peoples are close neighbors who share a common history, culture and traditions. A constructive dialogue based on trust and mutual respect has been established between the two countries. The state visit of the President of the Kyrgyz Republic Sadyr Zhaparov to Uzbekistan on March 11-12 last year opened a new page in the history of relations.

Today, all current issues are being resolved promptly, taking into account the interests of both sides for the benefit of the fraternal people of the two countries. Thus, as a result of the reached agreements, the issue of borders, which became an unprecedented success for the two countries, was resolved.

Cooperation is intensifying in the economy, agriculture, energy, transport, education and cultural-humanitarian spheres. Since the beginning of the year, the trade turnover between the two countries has increased by 30 percent and reached $1 billion.

The launch of regional infrastructure projects, including the construction of the Kambarata hydroelectric power station, the Uzbekistan – Kyrgyzstan – China railway, serves the common interests of our friendly peoples.

The confidence was expressed that the President of Uzbekistan's upcoming visit to Kyrgyzstan will further strengthen bilateral relations.

Algeria is a dynamically developing country in the Arab Muslim world. Today, a solid legal basis for mutually beneficial relations between the two countries is being formed. Inter-parliamentary friendship and cooperation groups are effectively operating.

The President of Uzbekistan stressed that it is time to give a systemic character to bilateral relations based on common values and mutual respect. The oil and gas sector, mining, textile, food industry, agriculture, pharmaceuticals and tourism are among the promising areas of partnership.

To fully realize the potential of bilateral cooperation, it was proposed to hold the first meeting of the Intergovernmental Commission and the Industrial Exhibition “Made in Uzbekistan” next year.

Investment projects worth $3 billion 500 million are being implemented in priority sectors. The volume of mutual trade is steadily growing, having increased by 20 percent since the beginning of the year and approaching $4 billion, which is a vivid confirmation of the enormous potential of the two countries.

The confidence was expressed that the expected visit of the President of Kazakhstan to Uzbekistan in early December will mark the beginning of a new era in interstate relations.

The United States is one of Uzbekistan's most important and reliable global partners. The establishment of diplomatic relations between the two countries and twenty years since the signing of the Declaration on Strategic Partnership was celebrated this year.

The United States steadfastly supports the sovereignty and territorial integrity of Uzbekistan, as well as the ongoing large-scale reforms.

The Head of the state stressed that in the new conditions of strategic partnership, Uzbekistan is interested in enhancing bilateral interaction in trade and investment, agriculture, textiles, energy, education, innovation, and healthcare.

The confidence was expressed that the participation of representatives of American companies in the first meeting of the Council of Foreign Investors under the President of Uzbekistan will encourage them to develop and launch new projects.

It was also noted that multilateral cooperation in the C5+1 format and the continuation of the Afghanistan dialogue will ensure stability in the region.

Following the ceremony, the President of Uzbekistan wished the ambassadors great success in their responsible and honorable mission, urging them to direct their diplomatic talent, activity and initiative to strengthen cooperation with Uzbekistan, reveal its great potential, and search for new growth points.

The diplomats expressed gratitude for the warm welcome, conditions created for their fruitful activities and assured that they would apply all their knowledge and efforts for the further development of bilateral ties. 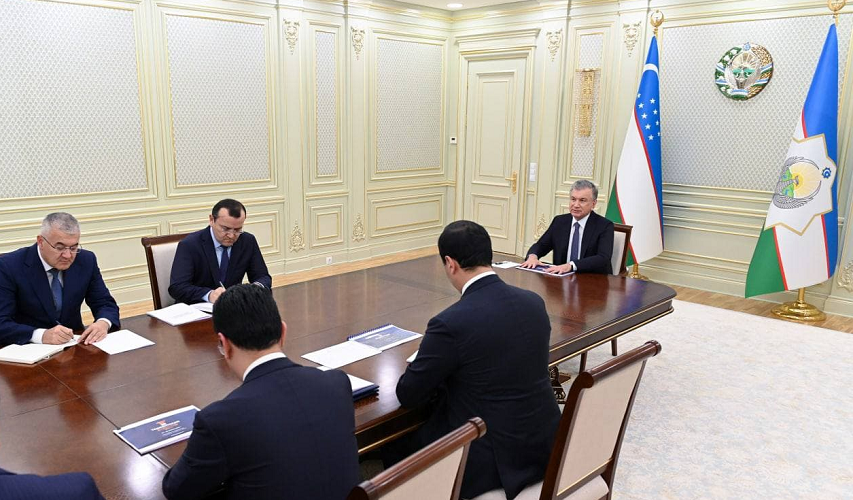 The President of Uzbekistan was informed...

Yesterday, President Shavkat Mirziyoyev chaired a meeting on preparations for the Tashkent... 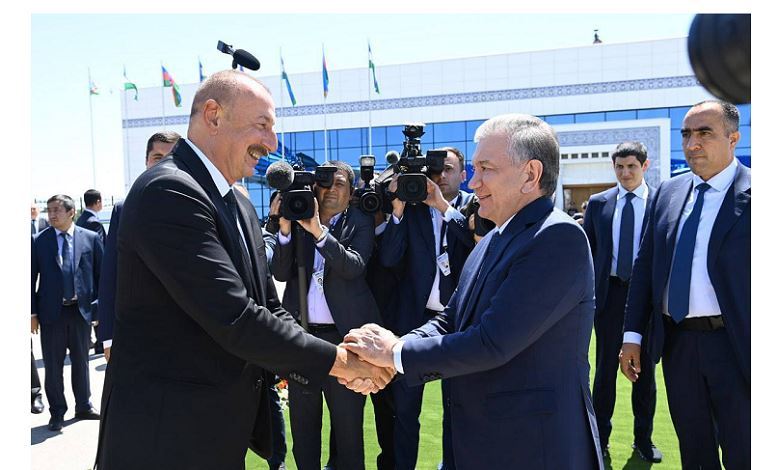 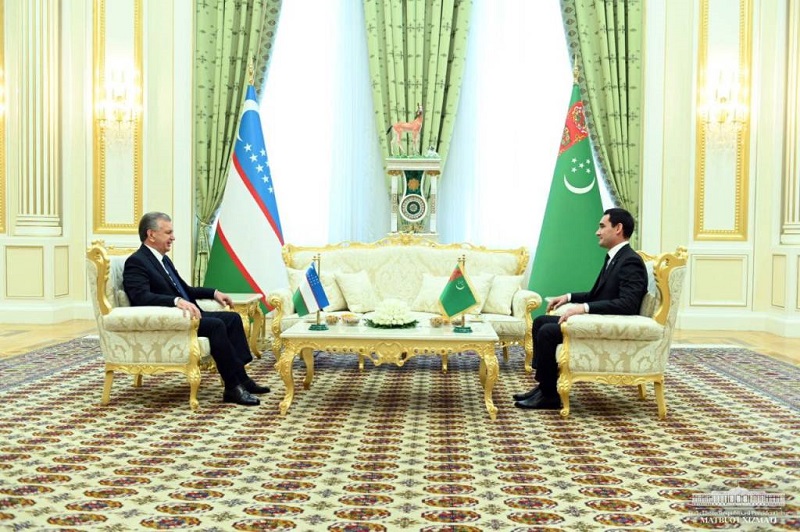 The Presidents of Uzbekistan and Turkmen...