The President of Uzbekistan: The reforms carried out in our countries are similar and consonant in spirit and content 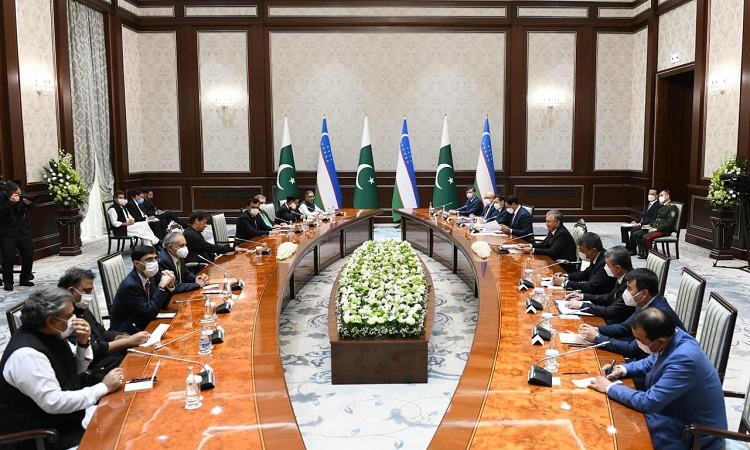 According to the press service of the head of our state, the President noted the increasingly strengthening friendship and multifaceted practical cooperation between Uzbekistan and Pakistan, as well as the similarity of reforms carried out in the two countries.

“Pakistan, which has a high reputation in the world, is a promising partner for Uzbekistan with great potential. You and I are building a new Pakistan and a new Uzbekistan. The content and spirit of our socially oriented reforms are similar and consonant in all spheres. Your visit will open a new era in the history of our multifaceted relations”, Shavkat Mirziyoyev said.

The parties confirmed their firm course to enhance and develop cooperation and are ready to take concrete measures in this direction.

Since the recent high-level meetings and the leaders’ online summit, there has been a significant breakthrough in relations between the two countries. Mutual multifaceted contacts and cultural exchanges have intensified.

A meeting of the Joint Intergovernmental Commission was held yesterday. Tashkent hosted a business forum of Uzbekistan and Pakistan businesspeople for the first time.

In recent years, the trade turnover between the two countries has increased fourfold. The number of joint ventures has increased by more than a hundred. There are 163 enterprises with the participation of Pakistani investors operating in Uzbekistan.

Pakistan is an important bridge for Uzbekistan to enter the major markets of South Asia and the world. The construction of Termez – Mazar-i-Sharif – Kabul – Peshawar railway line will serve not only to develop trade-economic and investment cooperation, but also to strengthen the connectivity of both regions.

In February 2021, Afghanistan, Pakistan and Uzbekistan delegations with the participation of representatives of international financial institutions discussed the prospects for this large-scale project and signed a joint action plan for the construction of a railway line, in Tashkent.

President Shavkat Mirziyoyev noted that the two countries have a great untapped potential in the trade-economic sphere and the opportunity to increase the trade turnover by 4-5 times.

The main attention was paid to cooperation in agriculture, mechanical engineering and construction, pharmaceuticals and chemistry, light industry and other priority sectors. The implementation of projects in these spheres in close partnership between the two countries will open up new opportunities for the economies of Uzbekistan and Pakistan.

An agreement was reached on the comprehensive promotion of such projects and the mutual provision of all necessary assistance and benefits for their implementation in the shortest possible time.

The leaders noted the need for linking other regions of the two countries with partnership ties. Flights between Tashkent and Lahore have been resumed since June 16. Further activation of new air routes will also serve to enhance cargo transportation and develop tourism.

Both countries are ready to make joint efforts to prevent the aggravation of the negative situation in Afghanistan, to promote the resumption of peaceful inter-Afghan negotiations.

The parties noted with satisfaction the effective interaction within the framework of international structures.

Issues of developing cultural-humanitarian ties, a joint study of common spiritual heritage, strengthening cooperation in science, education, culture and sports were also discussed during the talks.

Friendly relations between the peoples of Uzbekistan and Pakistan have a long history. They are rooted deep into the past and today they receive a new impetus to development. The immortal heritage and enlightened views of great thinkers and poets such as Zahiriddin Muhammad Babur and his dynasty, Muhammad Iqbal and Mirza Golib are a strong spiritual bridge connecting peoples of the two countries.

Therefore, there is a growing interest in the history, culture and art of Pakistan in Uzbekistan, in particular, in learning the Urdu language. In turn, Pakistan focuses on projects aimed at studying the Uzbek language and literature, studying the history of the country.

In turn, Uzbekistan is increasingly interested in the rich history and culture of Pakistan. Thus, the life and work of the great poet of the East, the outstanding thinker Mirza Golib, the founder of the Urdu literary language, are deeply studied.

Many people in Uzbekistan want to visit the unique architectural complex of Shah Kala in Lahore and the beautiful Shalimar Gardens.

There are about 10 million followers of Naqshbandi teachings in Pakistan, as well as many fans of Zahiriddin Muhammad Babur’s work. The readiness was expressed to create all conditions for them to visit the shrines in Bukhara, Samarkand and Andijan. An agreement was reached on the joint production of a film dedicated to Babur.

The parties agreed to enhance cooperation in the education and scientific exchanges. 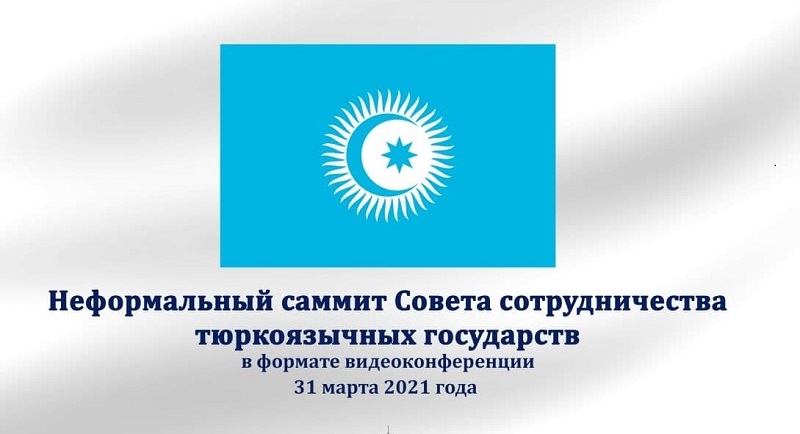 President of Uzbekistan to attend the In...

On March 31, President of the Republic of Uzbekistan Shavkat Mirziyoyev will attend the In...

The President of Uzbekistan has sent con...

President Shavkat Mirziyoyev has sent condolences to the President of Turkey Recep Tayyip ... 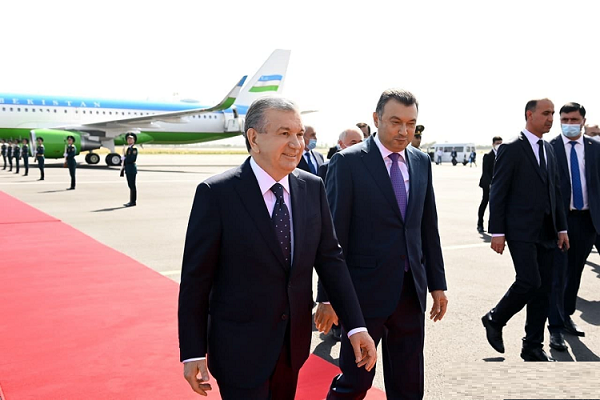 The President of Uzbekistan arrived in T...

Today, President Shavkat Mirziyoyev arrived in Dushanbe to attend the Summit of the Shangh...