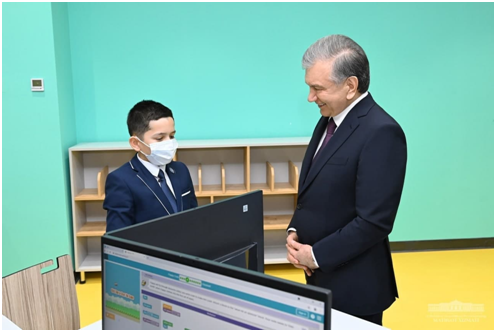 According to UzA, the trip began with a visit to the Mausoleum of Abu Muin Nasafi in Karshi district. Surahs from the Quran were recited.

The outstanding thinker Abu Muin Nasafi lived in the 11th century, being a follower of the teachings of Maturidia and a great connoisseur of Aqidah, he devoted his activities to preserve the true essence of Islam and enlightenment.

At the initiative of President Shavkat Mirziyoyev, the theologian’s mausoleum was turned into a comfortable memorial complex. The Head of the state got acquainted with the construction and landscaping activities.

A new mosque, museum, library and administrative buildings have been built here. Trees and flowers are planted, a beautiful garden is created. The complex has preserved a building and a well of the 11th century, an ancient mosque of the 13th century.

The President visited the new mosque and museum. The life and work of Abu Muin Nasafi are displayed in the museum with the use of multimedia means. It also contains the original handwritten text of the Quran, written on ancient Samarkand paper, covers with verses woven on them.

Shavkat Mirziyoyev noted that the works of the scientist are still relevant today. It is necessary to convey their essence and meaning to our people, youth. To this end, it was proposed to organize a scientific center named after Abu Muin Nasafi at Karshi State University.

Shavkat Mirziyoyev met with voters at the Presidential School in Karshi.

Educational institutions of a completely new type – Presidential Schools have been established in Uzbekistan. This year, such a school was established in Karshi.

During the trip to Kashkadarya region, the Head of the state got acquainted with this educational institution.

The 168-seat school building and the dormitory are built according to the standards set for Presidential schools. The most modern conditions have been created in subject classes, laboratories, gyms.

This year, more than 10 thousand students have applied for admission to the school, 144 of them have passed the competition. The educational process is conducted in English according to the plans and programs developed based on the experience of developed countries. Highly qualified teachers, including 10 foreign specialists, are involved. A teacher's hotel for 15 seats has also been built.

“This is your first big victory in life. I congratulate you on this success and thank your parents. You are laying the foundation for your future. Make the most of your time, these are the conditions. Today's success is already history. Learn more, don't stop learning new things. In the future, you will become worthy children of the new Uzbekistan. I believe in it”, Shavkat Mirziyoyev said.

The need for establishing an exchange of experience between the Presidential School and other schools of the region, updating the methodology of teaching exact sciences on this basis was noted.

Large-scale work is being carried out to perpetuate the memory and study the heritage of the victims of repression under the order of the President of the Republic of Uzbekistan of October 8, 2020. Museums dedicated to their memory are organized in the Republic of Karakalpakstan and all regions.

In Kashkadarya, such a museum is located in Odina mosque – a place with a unique history.

The Odina Mosque was built in 1386 by Sakhibkiran Amir Temur. In 1868, during the invasion of the troops of Tsarist Russia, the terrace of the mosque was fired upon from cannons and destroyed. Under the totalitarian regime, the mosque was first turned into a warehouse, and in 1938 – into a prison.

“Under the totalitarian system, the honor and dignity of our people, human pride were violated. An example of this is the transformation of such a sacred place into a prison. Today, in our country, we pay special attention to raising the honor and dignity of a person. We must pay tribute to the memory of our ancestors. The creation of a museum here in memory of victims of repression is the restoration of historical justice”, the President said.

The museum consists of 11 sections, which display unique photographs, maps, objects and other historical sources telling about the colonial policy and repressions in the Turkestan region.

A Young Historians Club and a library are also organized at the museum.

During the visit, the Head of the state answered questions from journalists. 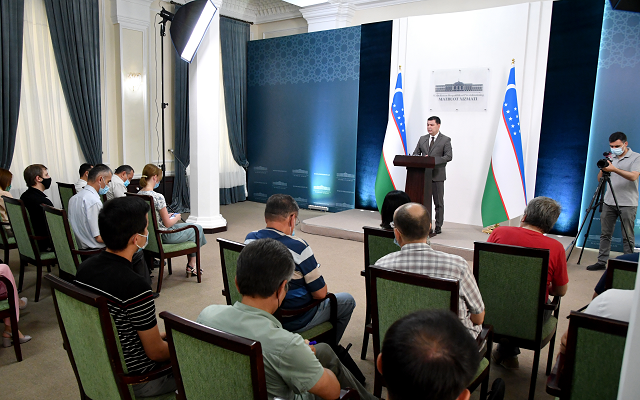 President Shavkat Mirziyoyev will pay an official visit to Tajikistan on 10-11 June, Deput... 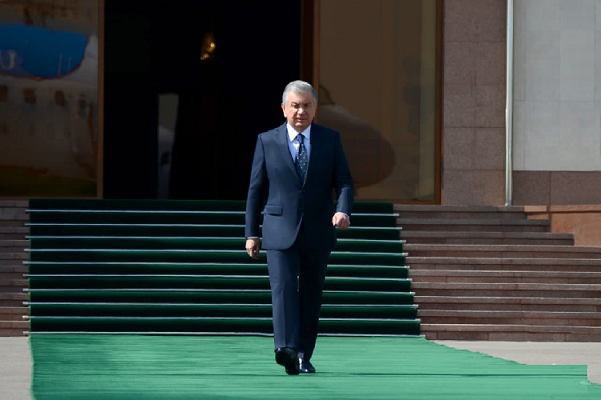 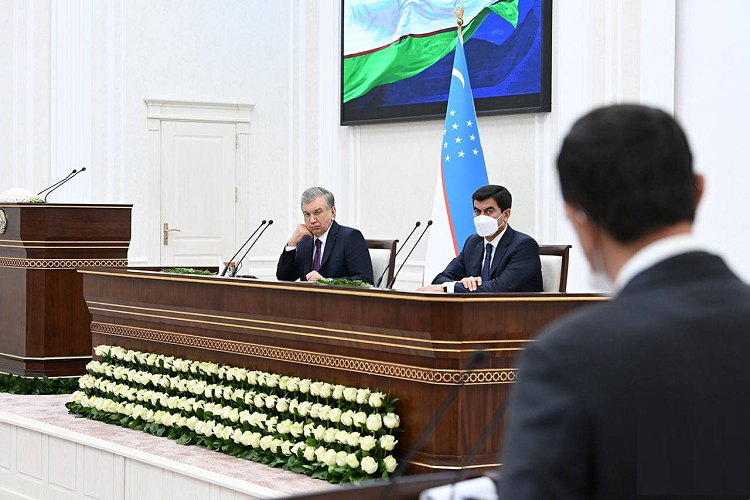 Today, the main areas and tasks of the comprehensive development of Tashkent region have b...