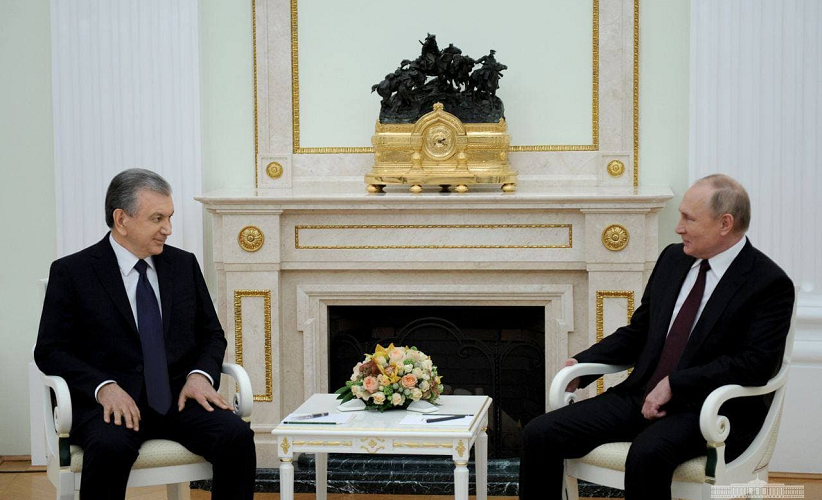 According to the press service of the head of our state, the high-level talks were held in the Moscow Kremlin.

Vladimir Putin warmly welcomed the President of Uzbekistan, congratulated him again on his convincing victory in the last Presidential election and wished him success in his future activities.

“Uzbekistan is not just our closest neighbor, but also an ally – that's exactly how we treat Uzbekistan”, the Russian President noted. – This is a large regional country with which we are connected by a lot – both historically and today.

To date, 18 percent of Uzbekistan's total trade turnover is accounted for by Russia. Trade turnover is growing: despite the pandemic, it grew by more than 15 percent last year. This is a very good indicator that even in the most difficult times we interact, and we interact successfully.

And the current work – both in the regional format and in the national one – continues in all directions. This applies to the economy, humanitarian ties, and transport infrastructure. Here we have a very large field for joint work and, of course, we have something to talk about.

“I especially would like to note that in recent years there has been a breakthrough in our relations – we have never had such indicators. And, as you said, the trade turnover is growing: by the end of nine months, it is already five billion, by the end of the year it will be seven billion. There has never been such a figure in our relationship yet.

The Intergovernmental Commission led by the Prime Ministers is working very seriously – you supported it, it gives very serious results. Before the visit, very serious work was carried out. Three large forums were held: regional, educational and media forum.

If we talk about the results, we already have $14 billion worth of projects under development today. This is also based on the results of the interregional forum – when we started it three years ago, we did not have anything like this. The result is serious: there are regions, it gives a very big boost.

Today, I think we have a good opportunity to discuss interregional, bilateral, security issues, the issue of Afghanistan”, Shavkat Mirziyoyev said.

In general, the Presidents noted with great pleasure the high level of bilateral relations between the two states based on strategic partnership and alliance.

During the talks, special attention was paid to further expansion of trade-economic and investment cooperation.

In recent years, a real breakthrough has been achieved in these areas. Meetings of the Joint Commission at the level of Prime Ministers and the Intergovernmental Commission on Economic Cooperation are regularly held. Close cooperation has been established between the regions. This year, more than 50 high-level mutual visits have been organized.

In 2020, the volume of mutual trade exceeded $5.6 billion, and in ten months of this year, this figure reached $6 billion and is expected to come close to $7 billion by the end of the year.

Over the past four years, the number of enterprises with participation of Russian capital in Uzbekistan has doubled and amounts to about three thousand.

Today, the volume of accumulated Russian investments in the economy of Uzbekistan exceeds $10 billion, and this indicator continues to grow dynamically. Joint preparation of promising projects worth $14 billion is underway.

The Presidents noted the importance of enhancing investment cooperation to cover almost all sectors of the economy.

The results of the Second Forum of Interregional Cooperation, held on the eve of the visit of the President of Uzbekistan, will play a big role in this direction. New agreements and contracts in the industry, energy, transport and pharmaceuticals, textile and food industries became its practical results.

Shavkat Mirziyoyev stressed that there is still a huge reserve in the sectors of the economy for increasing cooperation. In this regard, prospects for the development of interaction in priority sectors were discussed.

The leaders also focused on the issues of enhancing cultural-humanitarian cooperation.

It was noted that a Conference of Rectors was held in Bukhara in May this year, and the Second Educational Forum took place in Moscow on November 16-17, following which over 35 agreements on new areas of the partnership were adopted.

Today Uzbekistan is the leader in several foreign branches of Russian universities. Their number has reached 15, and 12 have been opened only in the last 4 years.

Close cooperation has also been established in healthcare. With the support of Russian partners, the production of the Sputnik V vaccine has been organized in Uzbekistan, and work on the opening of a branch of Pirogov Russian National Research Medical University has been completed in Tashkent.

The Presidents also exchanged views on regional and international issues of mutual interest.

The importance of continuing bilateral consultations between the foreign and defense ministries of the two countries was stressed. The sides exchanged views on regional security and the situation in Afghanistan.

The Russian side welcomed the important steps taken by Uzbekistan to promote the peace process in Afghanistan.

The leaders confirmed their readiness for further cooperation within the framework of the UN, the CIS, the SCO and other international structures.

Following the conversation, which took place in a sincere and friendly atmosphere, the parties confirmed their commitment to further strengthening the strategic partnership and alliance between Uzbekistan and Russia.

Following the talks, the Presidents adopted a Joint Statement on cooperation in ensuring international information security. 18 bilateral documents were signed during the visit.

Yesterday, President Shavkat Mirziyoyev took part in a meeting on measures of economic and... 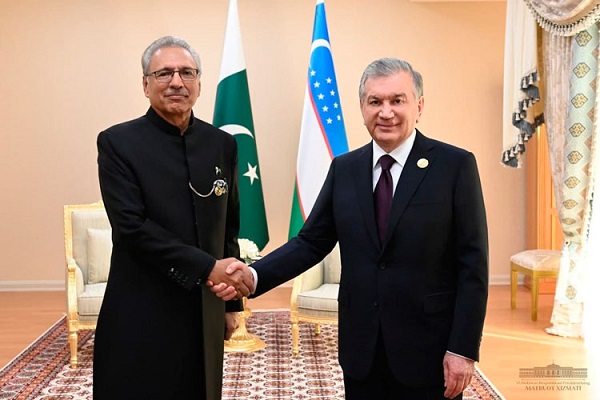 Yesterday, President Shavkat Mirziyoyev has met with the President of the Islamic Republic... 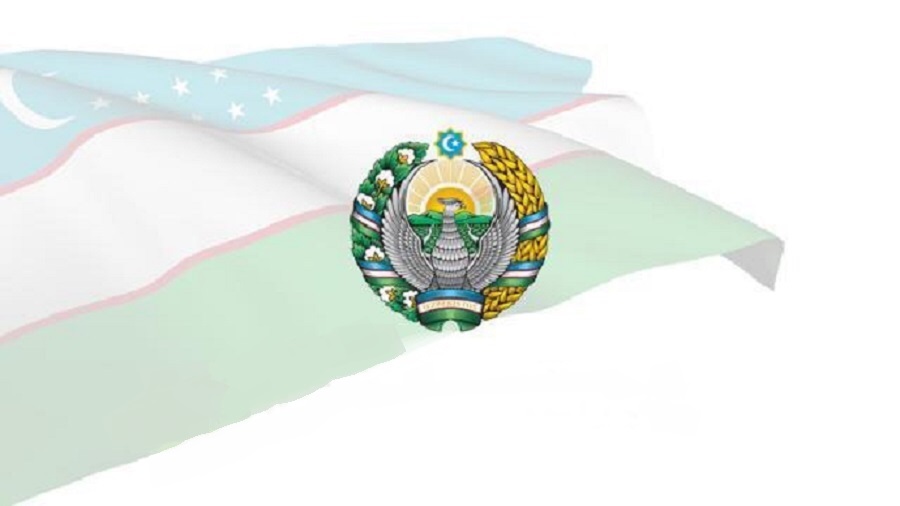 The President and the people of Uzbekist...