Uzbekistan-Hungary: On the way to expand the scope of mutually beneficial cooperation 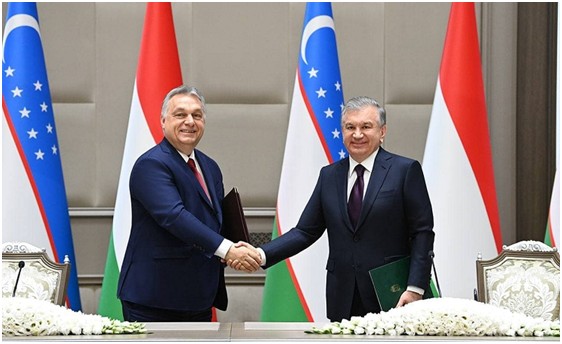 Hungary is a strategic partner of Uzbekistan. The visit is expected to start a new stage in the history of bilateral cooperation, which will be celebrating its 30th anniversary this year.

At the modern stage, cooperation between two countries is steadily developing. This is supported by high-level political dialogues established in recent years. It is known that the President of Uzbekistan Shavkat Mirziyoyev met with the Prime Minister of Hungary Viktor Orban at the meeting of the Cooperation Council of Turkic-speaking countries held in Baku (Azerbaijan) in October, 2019.

On March 29-30, 2021, Hungarian Prime Minister Viktor Orbán came to Uzbekistan on an official visit, and as a result of his visit, more than 10 bilateral documents were signed.

According to experts, the high-level Uzbek-Hungarian summit in Tashkent has become a historical event with its importance and successful results. The talks between the leaders of the two countries brought the comprehensive interstate dialogue to a qualitatively new level. A Joint declaration on strategic partnership was signed. In this way, Hungary became the first country of the European Union to bring cooperation with Uzbekistan to the highest political level.

During the visit to Uzbekistan Hungarian Prime Minister was accompanied by representatives of more than 30 large national companies. They participated in the first meeting of the Joint Business Council and held bilateral talks. The agreements gave a new impetus to bilateral relations. The signed documents defined plans for interregional cooperation, personnel training in the field of peaceful use of nuclear energy, innovative development, cooperation in the irrigation and water management.

Also, during regular phone conversations between the leaders of two countries, the issues of further strengthening of strategic partnership relations, the progress of the implementation of the agreements and the cooperation projects are discussed, as well as they exchange views on current international and regional problems.

Constructive cooperation between the foreign ministries of two countries is developing actively. To date, four rounds of inter-ministerial political consultations have been held. Since 2016, the Hungarian embassy has been operating in Tashkent, the diplomatic mission of our country in Vienna is concurrently accredited Hungary.

The Minister of Foreign Affairs and Trade of Hungary Peter Siyyarto visited Uzbekistan several times and was received the President of our country, as well as participated in important bilateral and multilateral events.

In September, 2022, within the framework of the 77th session of the UN General Assembly, a meeting was held between the Minister of Foreign Affairs of Uzbekistan Vladimir Norov and the Minister of Foreign Affairs and Trade of Hungary Peter Siyyarto. During the dialogue, the parties confirmed their commitment to the implementation of the decisions by the leaders of Uzbekistan and Hungary.

At this point, it is appropriate to note that Uzbekistan and Hungary are successfully cooperating within the UN, OSCE, Organization of Turkic States and other international institutions. The points of view of two countries on current issues of the global agenda are close or coincide with each other, and the parties mutually support each other in promoting international initiatives.

Cooperation in the trade, economic and investment is also developing rapidly. The most favorable trade regime has been established for trade between two countries. Over the past 4 years, the volume of Uzbekistan-Hungary trade has increased by 2.5 times. Even in 2020-2021, despite the negative consequences of the pandemic, there was an increase in this regard. Thus, by the end of 2021, the trade turnover has exceeded $114 million, and during the six months of this year, it was almost $50 million.

10 enterprises established with the participation of Hungarian investors are operating in Uzbekistan, while six of them are joint ventures and four are sole proprietorships.

The Uzbekistan-Hungary Intergovernmental Commission on Economic Cooperation has been operating since 2013. Its 7th meeting was held in Tashkent on May 3-4, 2022. During the meeting, issues of further development of cooperation in investment, industry, trade-economic, banking-finance, cultural-humanitarian spheres were discussed and agreed upon.

The desire of both countries to consistently expand the scope of mutually beneficial cooperation in areas of common interest remains unchanged. Uzbekistan and Hungary have a significant potential to diversify markets and trade flows, increase the volume of supply of chemical, food, engineering, pharmaceutical and textile industry products. The parties are ready to strengthen mutual partnership in the fields of investment, trade, tourism, financial-technical, cultural-humanitarian and interregional dialogue.

It should also be noted that Hungary is interested in expanding the scope of business activities in Uzbekistan. The country also highly assesses the significant industrial potential of Uzbekistan's economy. To date, preliminary agreements have been reached on creation of high-tech industries which will allow to manufacture products with high added value and export them to the markets of third countries in the future.

Scientific-educational, cultural-humanitarian exchanges between Uzbekistan and Hungary are expanding. Scientists of two countries have many years of experience in scientific and technical cooperation in the fields of materials science, microelectronics, instrument engineering, medicine, pharmacology, mechanical engineering, production and processing of agricultural products.

In the regional museum of local history in Bukhara, a memorial plaque was installed in honor of Arminy Vambery, a famous Hungarian orientalist and traveler of the 19th century. Arminy Vamberi traveled to Central Asia in 1863, visited Khiva Khanate, Bukhara Emirate, and Samarkand. Based on the results of his travels, he wrote the books "History of Bukhara or Transoxania from ancient times to the present day" and "Travel across Central Asia".

Since 2018, Hungary has been anually providing scholarships to citizens of Uzbekistan to study at universities in this country. Since 2021, the number of these scholarships has reached 150. Mutual cooperation between universities is implemented within the framework of "Erasmus" projects.

An agreement on cooperation in the field of tourism was signed within the framework of the meeting of the Intergovernmental Joint Commission held in 2022. The agreement is encouraged to create favorable conditions for strengthening mutual tourist flows. It should also be noted that since February 2018, a simplified visa regime for Hungarian citizens has been in force in Uzbekistan.

In short, Uzbekistan and Hungary are striving to further expand the scope of  cooperation. The significant potential of two countries, a common interest in its implementation, deep historical roots and sincere friendly relations between the Uzbek and Hungarian people are creating a good basis for further development of strategic partnership. 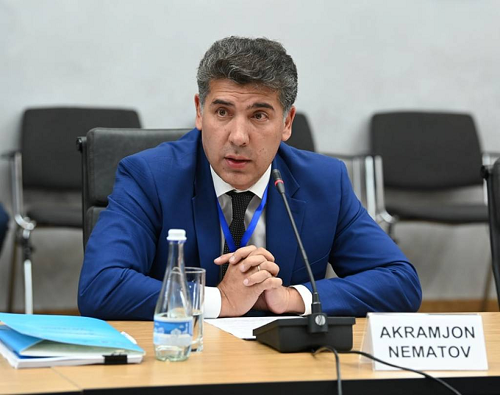 The desire of Uzbekistan and Azerbaijan ...

As part of his visit to Azerbaijan to attend the Forum of Official Analytical Centers of t...

Memorandum of Understanding signed with ...

Yesterday, the Memorandum of Understanding between the Ministry of Investments and Foreign...