01/December/2021   In the representations of Uzbekistan abroad 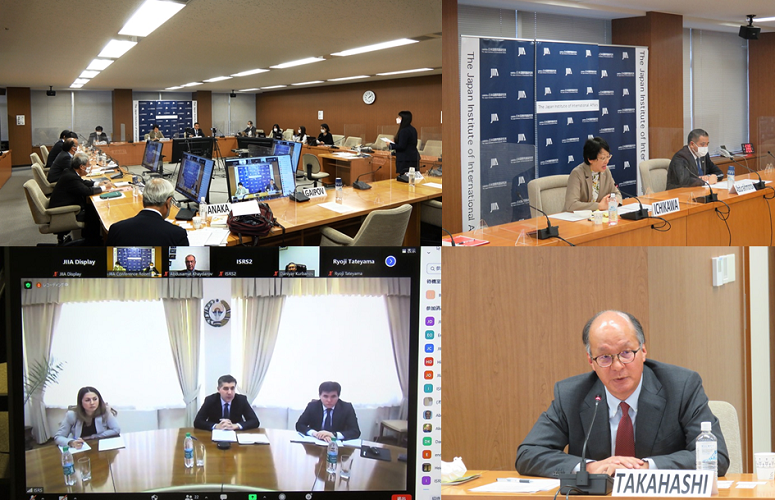 The event was organized by the Embassy in cooperation with the Institute for Strategic and Regional Studies under the President of Uzbekistan (ISRS) and the International Institute for Central Asia (IICA).

Ambassador of Uzbekistan Mukhsinkhuja Abdurakhmonov noted that President Shavkat Mirziyoyev, within the framework of the new regional policy, advocates the development of good-neighborly relations with neighboring states, giving priority attention to ensuring peace and stability in Afghanistan.

It was emphasized that a new reality has developed in Afghanistan today, an Interim Government has been created, which has full power and seeks to gain international recognition. In this context, it was noted that the international community needs to develop coordinated approaches to the situation in Afghanistan, as well as to develop a dialogue with the new authorities of the country.

ISRS First Deputy Director Akramjon Nematov noted the importance of cooperation between the leading analytical centers of Uzbekistan and Japan for holding joint events on the current issues of regional and international nature.

Regarding the current situation in Afghanistan, the need for a dialogue between the international community and the Interim Government, unfreezing Afghan assets in foreign banks and providing assistance to the Afghan people to prevent a humanitarian crisis was noted.

Participants from the Japanese side noted the need for forming an inclusive government in Afghanistan, which will include representatives of all sectors of society. The need for a call from the international community to ensure the observance of human rights in Afghanistan, in particular the rights of women and girls, was emphasized.

Following the event, an agreement was reached on holding similar events on regional policy between the analytical centers of Uzbekistan and Japan.

The Uzbekistan Ambassador discussed with...

Yesterday, the Ambassador of Uzbekistan to Estonia, with his residence in Riga, Kadambay S...

“Baburname” to be translated into Hungar...

Ambassador of Uzbekistan Abat Fayzullayev has held virtual talks with the Director of Hung... 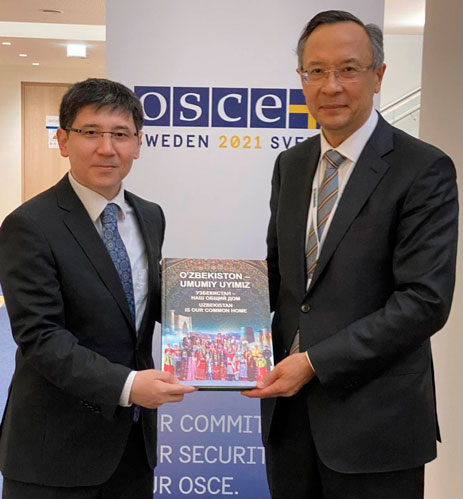 Permanent Representative of Uzbekistan to the Organization for Security and Co-operation i...