First Deputy Director of the ISRS: The results of the online summit testify to Germany’s unwavering support for the new course of democratic transformations in Uzbekistan, the emergence of bilateral relations to a qualitatively new level 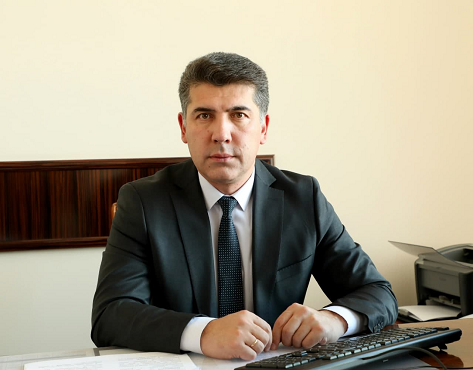 TASHKENT, March 15. /“Dunyo” IA/. The online talks, held on 12 March between President of Uzbekistan Shavkat Mirziyoyev and German Chancellor Angela Merkel, became a logical continuation of the consistent development of Uzbek-German cooperation, which in recent years has acquired a progressive, dynamic character, - said Akramjon Nematov, First Deputy Director of the Institute for Strategic and Interregional Studies under the President of the Republic of Uzbekistan. This was also a confirmation of the high level of mutual trust between the leaders of the two countries, which has developed thanks to the regular political dialogue, which began with the meetings of President Shavkat Mirziyoyev, held in Berlin and Tashkent in 2019, with German Chancellor Angela Merkel and Federal President Frank Walter Steinmeier.

Undoubtedly, the agreements reached during the current negotiations will give a powerful impetus to the comprehensive expansion and deepening of Uzbek-German cooperation in all areas of mutual interest.

Already today, the partnership between our countries is multifaceted, covering the trade, economic, investment and technological spheres. Fruitful interaction is underway in the field of security, protection of human rights, environmental protection, science and education, expansion of cultural ties and tourist exchange.

Germany actively supports the policy of our country to strengthen relations of friendship, good-neighborliness, trust and partnership in Central Asia, is stepping up joint efforts to facilitate the peace process in Afghanistan, to promote regional infrastructure projects in the transport and energy sectors for this purpose.

The indicators in the areas of trade and investment, where Germany has traditionally been our key partner, speak most eloquently about the high level of interaction between our countries.

So, today Germany has become the main trade and economic partner among the countries of the European Union. In the period from 2016 to 2019, mutual trade reached its maximum indicators and grew by almost 87%, amounting to US$990 million.At the end of 2020, due to the coronavirus pandemic, trade slightly decreased to US$829 million. However, taking into account the forecast in both countries this year of economic growth is expected that the turnover may exceed the US$1 billion mark.

In 2020, within the framework of the implementation of about 110 investment projects, the volume of utilized German investments increased by 25% compared to 2019 and exceeded US$710 million. At the end of 2020, Germany has become one of the leading investors in the economy of Uzbekistan after Russia and China, and its share is about 14% of the total volume of foreign investments.

This year, more than 20 large projects with a total value of about US$1 billion in the automotive, chemical, pharmaceutical and electrical industries, as well as in the production of building materials, are planned for implementation together with German investors.

Active bilateral investment cooperation contributes to the expansion of the presence of German business in our country. If, in 2016, 120 enterprises with the participation of German investors operated in Uzbekistan, today their number has reached 193. Such well-known German companies as MAN, Claas, Knauf, Papenburg are actively working in Uzbekistan. For the first time, Volkswagen and Viessmann entered the market, after a long break, Siemens and Bosch returned.

It is expected that the regular meeting of the Uzbek-German Business Council, scheduled for May this year, will give impetus to cooperation in such new areas as the development of industrial clusters, digitalization and the "green economy", promotion of projects in the field of renewable energy.

The increased support of Germany for political and socio-economic reforms in the republic is also evidenced by the increase in the volume of financial and technical assistance provided in such areas as agriculture and water management, development of the legal system, education, health care, trade. In particular, in 2019-2020, the German government allocated 202 million euros to Uzbekistan in the form of concessional loans and grants. This is five times more than in 2017-2018.

Against the background of the intensification of Uzbek-German cooperation, the interest of our citizens in the study of the German language and education in Germany is growing. Today in Uzbekistan more than 300 thousand schoolchildren, 19 thousand students study the language of Goethe, Schiller and Kant. About 600 Uzbek students, postgraduates and doctoral students study at various universities in Germany.

In general, the results of the online summit testify to Germany’s unwavering support for the new course of democratic transformations in Uzbekistan, the emergence of bilateral relations to a qualitatively new level, a characteristic feature of which is the desire of the parties to mutually beneficial cooperation based on the principles of mutual respect and interests of each other.

Against this background, it becomes obvious that the strategic partnership between Uzbekistan and Germany is designed for the long term and is designed to ensure joint actions at the international and regional levels.

New system to be introduced to support f... 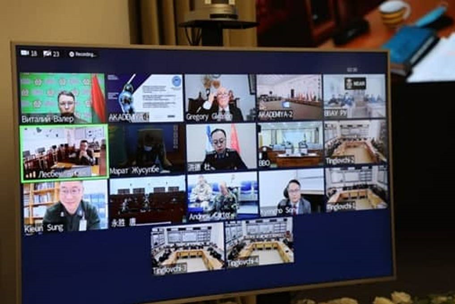 Academy of the Armed Forces of Uzbekista...

The Academy of the Armed Forces of the Republic of Uzbekistan in cooperation with the Orga...