TASHKENT, August 2. /“Dunyo” IA/. The 11th meeting of the Joint Intergovernmental Commission on Cooperation between Uzbekistan and Azerbaijan was held in Tashkent under the chairmanship of Deputy Prime Minister – Minister of Investments and Foreign Trade of Uzbekistan Jamshid Khodjayev and Minister of Economy of Azerbaijan Mikayil Jabbarov, reports “Dunyo” IA correspondent. 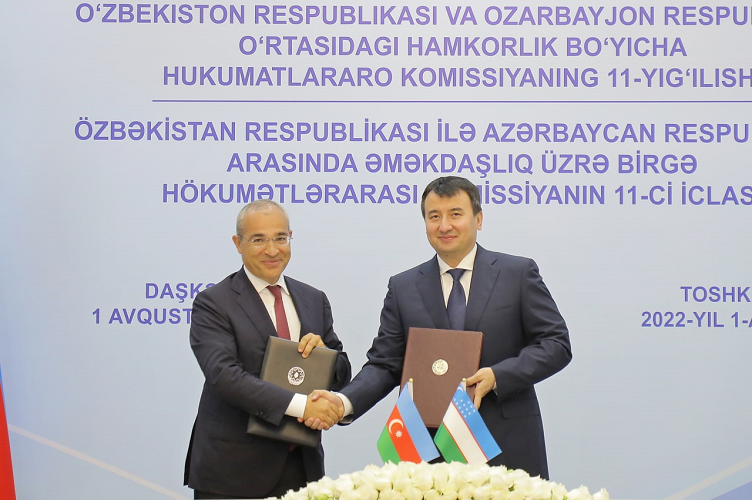 According to the Ministry of Investments and Foreign Trade, the event was attended by heads of key ministries, agencies, industry associations, commercial banks and educational institutions, as well as diplomatic missions of the two countries.

At the meeting, issues of further development of cooperation in the investment, industrial, trade, economic, transport and logistics sectors were considered and agreed upon.

As part of the discussion of investment and industrial cooperation, several issues were agreed on the implementation of joint projects, such as the creation of a silk production cluster in 6 districts near the city of Barda, the development of new projects in Yevlakh Pilot Agricultural Park and the Aghdam Industrial Park, the organization of a joint venture for the production of jewelry products in the city of Tashkent, development of cooperation in chemical industry, energy, oil and gas industries.

At the meeting, the main attention was paid to the issues of interaction within the framework of cultural and humanitarian partnership, increasing mutual tourist flows and exchanging experience in education, including through the development of direct contacts between the universities of the two countries. 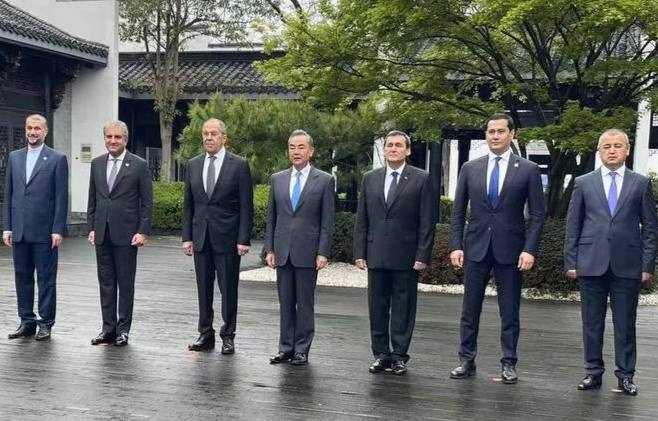 MIFT: At the ministerial meeting of Neig...

The 3rd Ministerial Conference of Neighboring Countries of Afghanistan was held in Huangsh... 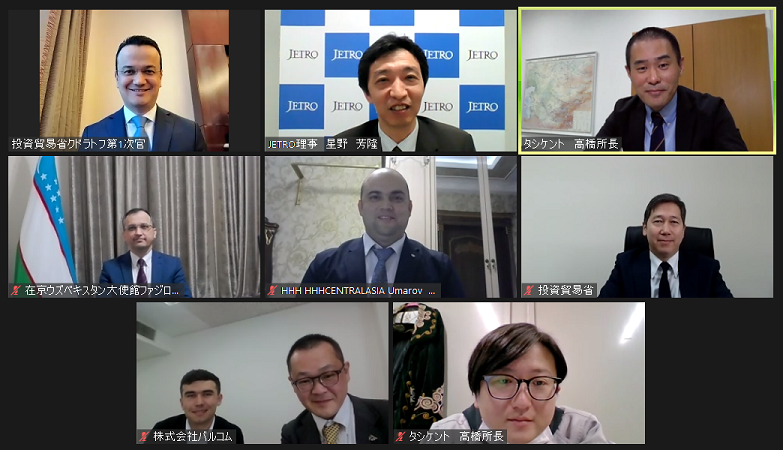 The investment potential of the Republic...

On March 15, the Embassy of Uzbekistan in Japan, Japan External Trade Organization (JETRO)...